Thomas Tuchel has lauded Kai Havertz for turning any Real Madrid disappointment into a breakthrough two-goal salvo against Fulham.

Germany forward Havertz produced his best Chelsea showing yet by firing a fine brace in Saturday’s 2-0 Premier League win over the Whites. 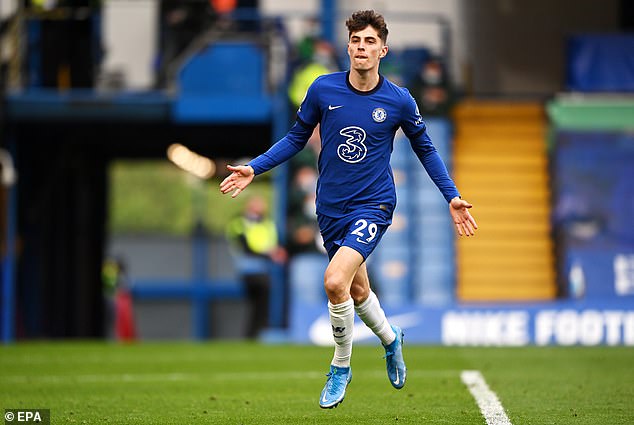 But the 21-year-old Germany star offered the perfect riposte against Fulham, laying on a glittering display in the false nine role.

‘Still there is room for improvement but I am very happy,’ said Tuchel

‘He was decisive, he was involved with Timo Werner as a double striker and with Mason Mount and Hakim Ziyech as the four offensive guys, he was always involved in dangerous attacks and situations.

‘For me it was an important individual example. 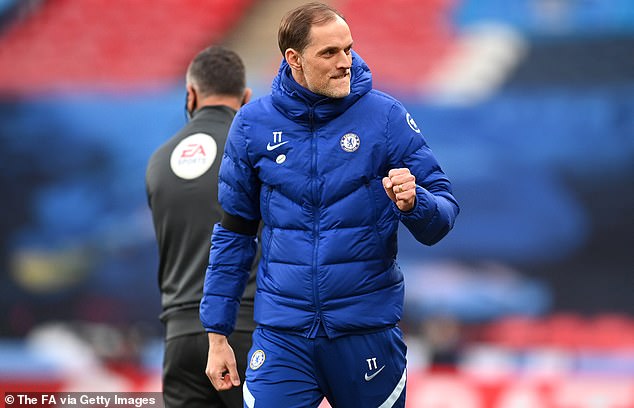 ‘The players today who maybe had a tough decision on them last Tuesday, like Kai against Fulham, didn’t play with the attitude that ‘oh, now they need me’ and ‘I wanted more time in Madrid, why do they play me now only against Fulham’.

‘This was absolutely not the case. He took his chance, he showed up, this is what we need all the time and especially in situations like this, you need guys who are fully committed. That means if you have a chance to show up, then show up.

‘Whether you have five minutes, 15 minutes or a whole game, whatever it is, show that you are ready and give me a headache for the next game.

‘He did that and it is an example for what the whole team did and they get full credit from me.’ 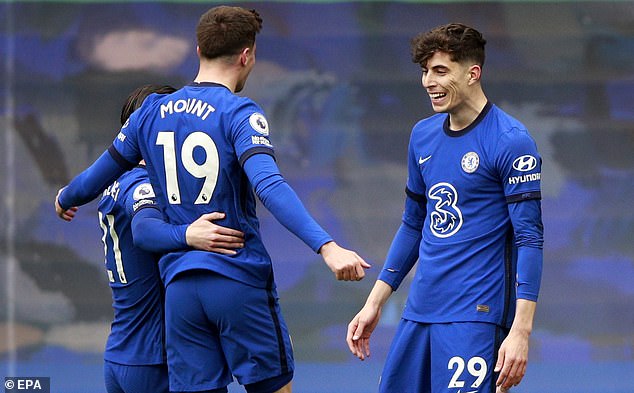 Chelsea’s 18th clean sheet under Tuchel ensured the Blues will hang on to fourth place past the weekend, but the Stamford Bridge boss insisted the west Londoners cannot afford to ease up in the league.

Asked if a top-four finish is now Chelsea’s to lose, Tuchel replied: ‘No, but I feel we have nothing to lose. We are in the middle of the race.

‘I think it will continue, but it was such a big match to keep the advantage, we have worked so hard in the last week and like I said it is very important that we have a clear mind and nothing to regret for the Wednesday game against Madrid. 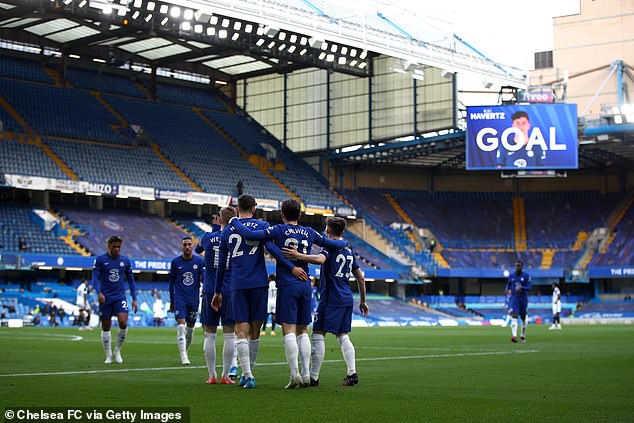 ‘Then comes the Wednesday game and then look at our fixtures, you see how tough it is. We take nothing for granted, we work hard and keep our head down, feet on the ground and try to do the best we can.’

Fulham defender Joachim Andersen insisted the Whites still believe they can avoid the drop, despite trailing Newcastle by nine points with four matches to play.

‘Of course it can be done, it’s football,’ Andersen told Fulham’s club website. 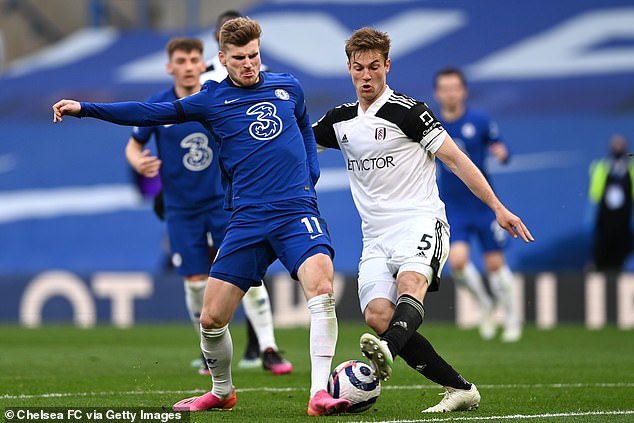 ‘We still have four games, we need to win those games and we need to believe in it until it’s over.

‘I believe in it, and I also feel the whole team believes in it. Of course we are really disappointed, we need the points, everyone can see that.

‘The goals we gave away were too easy, too many small mistakes. When we do that we cannot win, especially against a really good team like Chelsea.

‘I don’t know what to say, it’s disappointing.’