By Brendan Carlin and Sam Merriman For The Mail On Sunday

Beleaguered Labour leader Sir Keir Starmer faces a hard-Left coup if he fails to revive his party’s fortunes – starting with the crucial Hartlepool by-election this week.

Former Jeremy Corbyn aide Karie Murphy revealed that a ‘new Left’ was now mobilising and raised the prospect that it would ‘take back control’ of the party.

Ms Murphy – a close ally of Unite union general secretary Len McCluskey, said: ‘I have got my ear to the ground – I hear that the big trade unions, the Left trade unions, are organising.’

She also issued a thinly veiled threat that if he was not true to Mr Corbyn’s socialist principles, Sir Keir would not last long as leader. 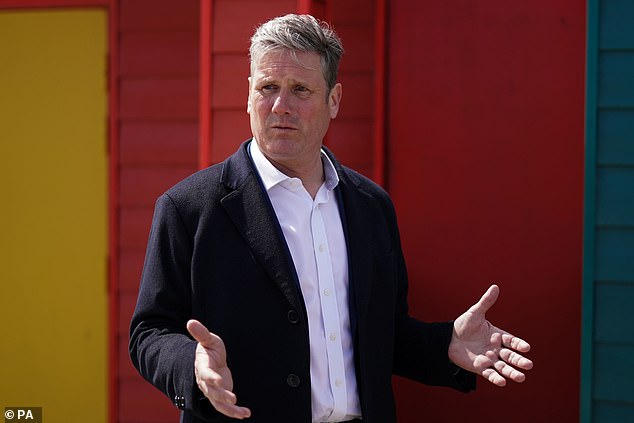 And she hailed 27-year-old Labour MP and Left-wing firebrand Zarah Sultana as one potential real ‘socialist leader’ to take the helm in the future.

The warnings come ahead of a week which could decide Sir Keir’s fate, with the party battling to stop the Tories seizing the formerly safe Labour seat of Hartlepool.

Party insiders have claimed if he loses the Red Wall seat on Thursday, both the Left and Right of the party will begin serious moves to replace him.

There are also fears that Labour could lose key mayoral elections in the West Midlands and Teesside and – according to a YouGov poll yesterday – nearly 90 local council seats across its former Northern heartlands.

Sir Keir, who succeeded Mr Corbyn just over a year ago, has faced claims of wanting to destroy the Left, despite standing on a platform to continue the former leader’s main principles.

In an interview last month, Ms Murphy –- who was one of ex-leader Mr Corbyn’s closest aides – made clear she thought the party had blundered by choosing Sir Keir, branding him the ‘media’ and ‘establishment’ candidate.

She told the Popular Show podcast: ‘People opted for someone in my view who was kind of masquerading. That’s democracy. People have the right to make that decision. I wish they hadn’t…’ 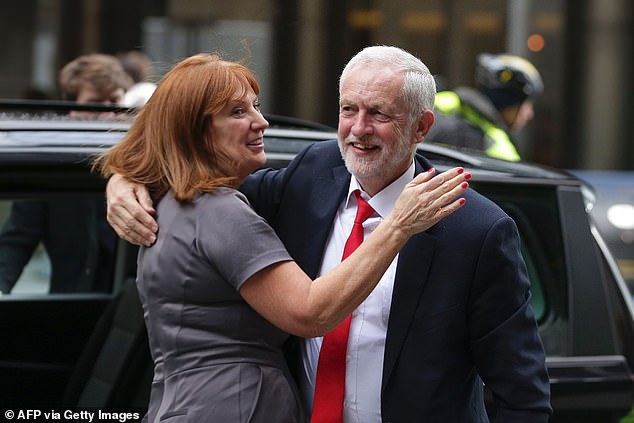 Former Jeremy Corbyn aide Karie Murphy (above, together in 2017) revealed that a ‘new Left’ was now mobilising and raised the prospect that it would ‘take back control’ of the party

She also pointedly described Sir Keir as having ‘wrapped himself in the flag of the socialist’ when he stood for leader, saying that if he stays true to those principles, ‘he’ll be the leader for a long time. And if he doesn’t, then the Left will have another shot at this.’

Ms Murphy stopped short of revealing any plans by the Left to challenge Sir Keir before the next General Election – fuelling reports that Left-wing MPs lack the necessary 40-plus numbers to force a contest under the party rules.

But she said that ‘in advance of an election’, there were ‘quite far advanced arrangements’ for the Left to regroup and return to the Labour frontline. Declaring that a ‘new Left’ would ‘pretty soon’ reveal itself within the party, she claimed only the Covid pandemic had stopped it happening before.

She insisted that a ‘new Left, whether you call it a coalition or whatever, will emerge and Left leadership will emerge…’

Tories last night played down of big council seat wins this Thursday. But they piled on the pressure over Hartlepool – Peter Mandelson’s old seat – saying that anything but an easy win there would be ‘a disaster’ for Sir Keir.