Manchester City and Paris Saint-Germain go to battle once more TONIGHT as Pep Guardiola looks to guide his side to a first-ever Champions League final: Everything to know ahead of a crucial second leg

By Matt Davies For Mailonline

Manchester City are just 90 minutes away from a first-ever Champions League final as they face Paris Saint-Germain in a crucial semi-final second leg on Tuesday night.

Pep Guardiola’s side put in a scintillating performance to come from 1-0 behind to win 2-1 at Le Parc des Princes last week, now carrying a significant advantage into their home fixture.

The Premier League champions-elect looked as if their Champions League woes may continue as a Marquinhos header gave the hosts a deserved 1-0 half-time lead.

But Guardiola’s side were much-improved in the second half, with goals from Kevin De Bruyne and Riyad Mahrez ensuring PSG must score at least two goals if they are to progress to the final for a second year running.

The French side, who are still fighting for the Ligue 1 title – just a point behind leaders Lille with three games remaining – will be without Idrissa Gueye, after he was shown a red card for a horror tackle on Ilkay Gundogan.

There will also be a late fitness test for Kylian Mbappe, who trained at the Etihad on Monday after missing PSG’s clash with Lens on Saturday.

With the highly-anticipated spectacle now quickly approaching, Sportsmail takes you through the all-important information. 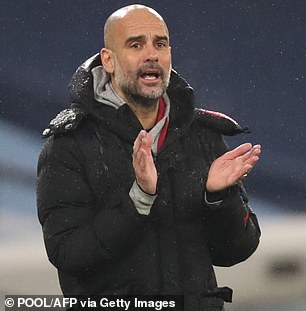 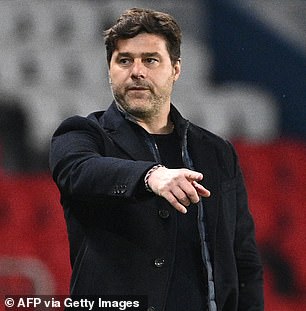 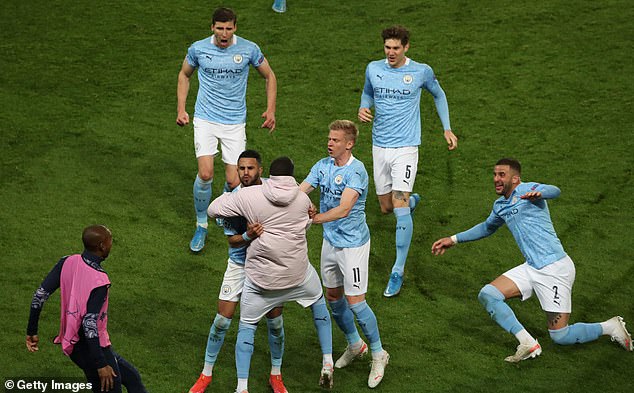 When is Manchester City vs Paris Saint-Germain?

The match will kick-off at 8pm BST at the Etihad, with the match played behind closed doors due to the prevalent coronavirus restrictions.

After putting in a sublime performance in the first leg last week, City continued to build momentum with a 2-0 away win over Crystal Palace that edged them further towards the Premier League title.

Meanwhile, PSG claimed a hugely important 2-1 win against Lens, though they remain a point behind Ligue 1 leaders Lille with just three games to play.

How to watch the Champions League semi-final?

The match will be broadcast live on BT Sport 2 and BT  Sport Ultimate, with coverage getting underway at 7pm.

Subscribers can also watch the game on both the BT website and app. 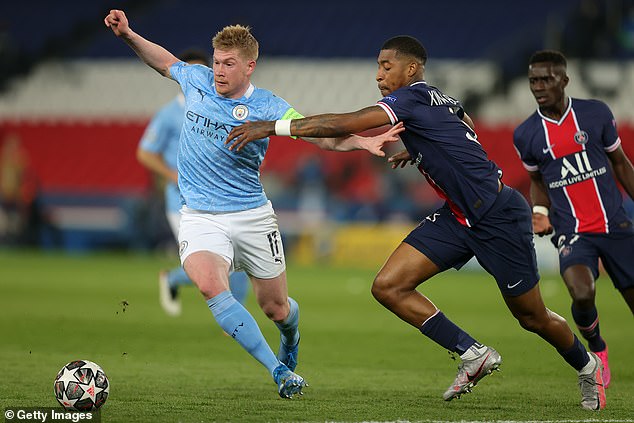 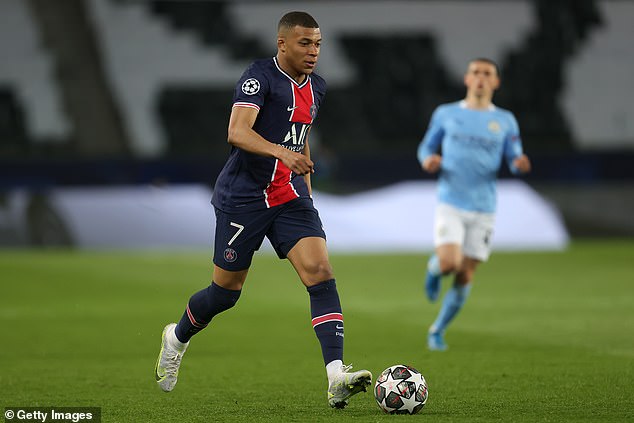 Manchester City come into the crucial clash with an almost fully fit squad to choose from, with Guardiola confirming that Eric Garcia will be the only absentee.

With the Premier League title all-but wrapped up, Guardiola was able to make a number of changes over the weekend, with the likes of Kevin De Bruyne, Phil Foden, Rubem Dias, Riyad Mahrez and Ilkay Gundogan expected to come back into the side.

As for PSG, there has been a concern over the fitness of Mbappe, who missed their critical league match against Lens on Saturday with a calf problem.

Pochettino has revealed they will make a decision on the day of the match, though Mbappe was spotted training at the Etihad on Monday.

Meanwhile, Idrissa Gueye is out with a suspension and Juan Bernat ruled out entirely.

Man City vs PSG: The odds

Manchester City will come into the encounter full of confidence after their exceptional performance in the first leg.

They remain unbeaten in their four matches against the French side, and unsurprisingly come into the fixture as the overwhelming favourites among the bookies, with odds of 1/12 to reach the final.

It will be a tough ask for PSG to overturn the deficit away from home, and that’s reflected in the odds of 13/2 to reach the final two.

*Odds as per Betfair and correct at the time of publication.