Incredible spirals of water have ascended into the sky from the ocean during a storm off the New South Wales coast.

The amazing water spouts were seen off the coast at Taree, Harrington and Old Bar as storms hit the Mid North coast of NSW on Tuesday afternoon.

The waterspouts are formed when cool air travels over warm water such as the ocean, which allows vigorous drafts to form which then tighten up into a spinning column. 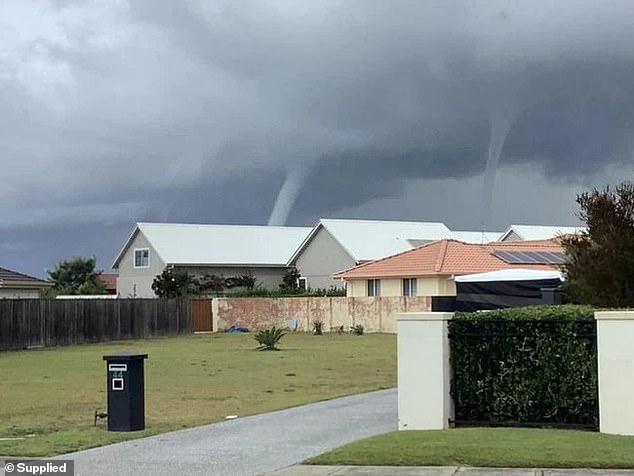 In the recent days temperatures have dropped in NSW due to a low pressure system.

Social media users were in awe at the supernatural looking towers of water climbing tens of metres above the sea.

The NSW Incidents Alerts Facebook page warned the public of the storms forming along the NSW Mid North Coast.

‘A line of storms have formed along lower parts of the Mid North Coast with multiple waterspouts forming off the coast as seen here from Harrington,’ the post read. 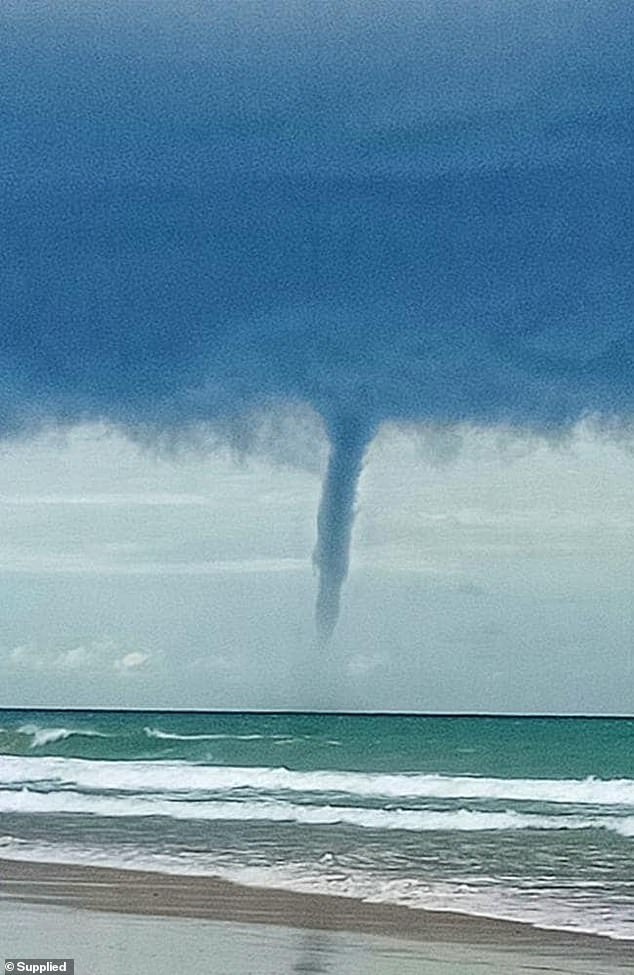 ‘Harrington on the Mid North Coast got one impressive show this afternoon as multiple waterspouts formed along the coast.’

Just hours before the water spirals were seen, the Bureau of Meteorology posted a warning for severe storms and heavy rainfall.

‘Severe thunderstorms are likely to produce heavy rainfall that may lead to flash flooding in the warning area over the next several hours,’ it said.

The public shared more photos and comments about of the staggeringly tall water spouts captured on the coast.

‘Wow. Nature is awsome!’ one wrote.

‘This is the sort of thing I fear in my SOUL,’ a third wrote.

Others took to the comments for a more humorous response.

‘Hope they don’t hit land, they will have to quarantine for 14 day,’ one quipped.

‘When the animals don’t kill ya the weather will give it a bash,’ wrote a second.

The storms come as much of the state is expected to receive heavy rain over the next few days due to an upper low system. 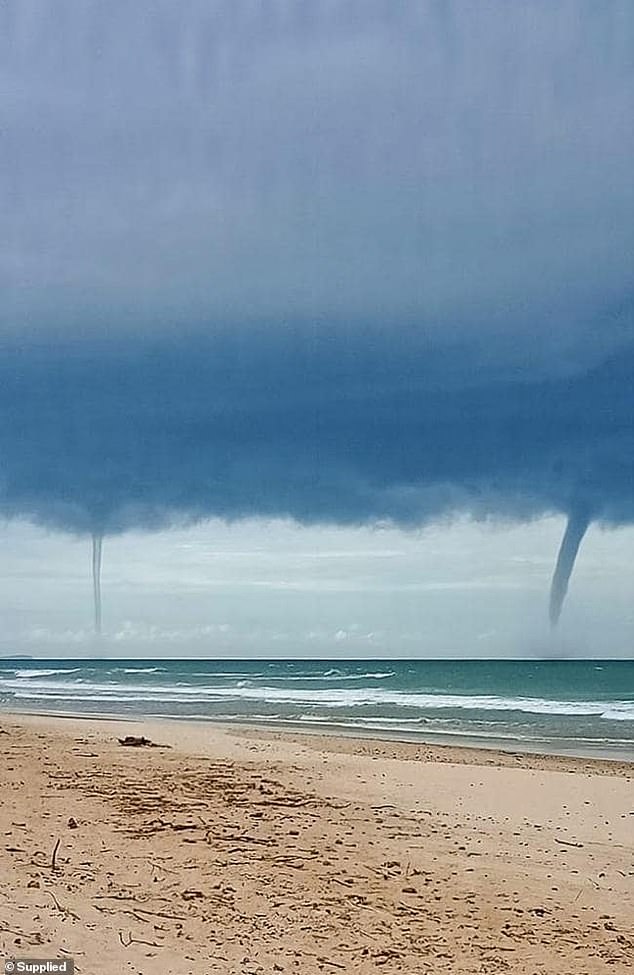 Just hours before the towering water spirals hit the coast (pictured), the Bureau of Meteorology sent out a warning for heavy thunderstorms