By Nick Callow For The Mail On Sunday

Chelsea Women look to overturn a 2-1 first leg semi-final deficit when they host Bayern Munich today (SUN) ahead of Tuchel’s men trying to book their place in a final when they host Real Madrid on Tuesday.

It will be a footballing first for Chelsea or any other club to have both sides in the final together and Hayes says she and Tuchel would not have it any other way. 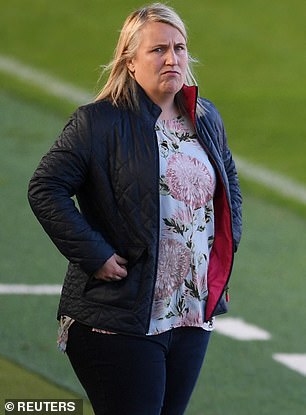 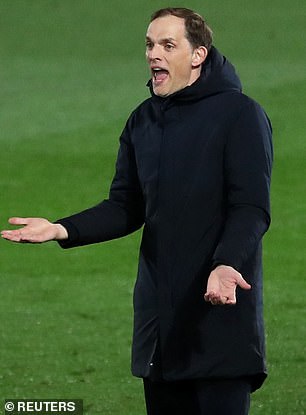 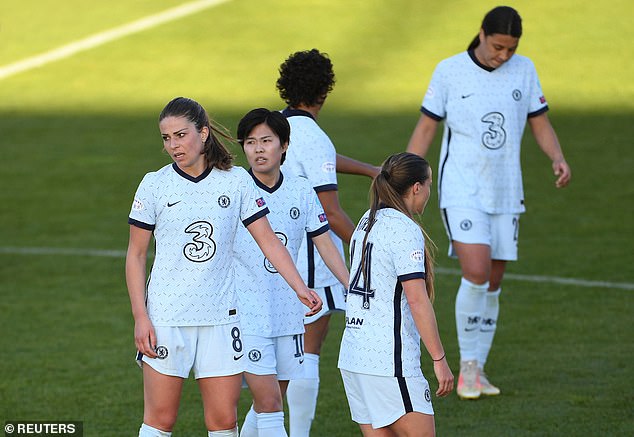 ‘I have always said at Chelsea we always talk about winning in this place. That is what comes with the territory. We do not mind the pressure, expectations, the tags or titles or whatever comes with it.

‘We just know we are a club that wants to be in winning positions and it is great to think both the men’s and women’s teams have reached these stages. That said, we are about winning things not just getting here.’

Hayes has made Chelsea the dominant force in English football in nearly a decade in west London, having made her name as a coach at the previously all-conquering Arsenal. 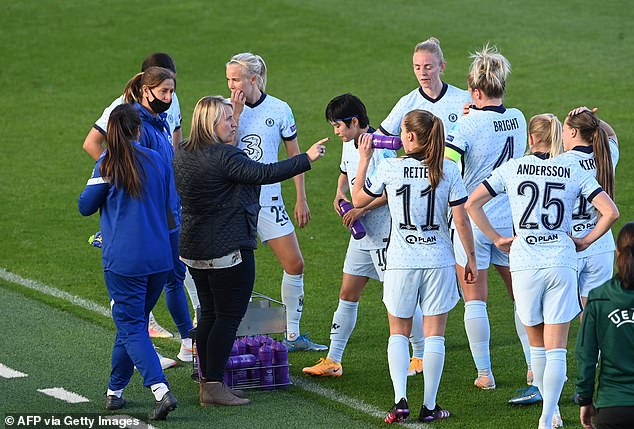 ‘I had a lovely encounter with Thomas Tuchel,’ she added. ‘He is an open minded progressive coach.

‘There is a reason why the men’s team are performing like they are and if we can mirror that success side by side how fantastic that would be.

‘He loves our team and knows women’s football. We had a chat about his time at PSG and exchanged conversation in and around Chelsea. I have been here a long time and I am excited about him being here. He is a top coach and there will be plenty more interactions with him.’

Hayes will be looking to experienced players such as defender Millie Bright to steer Chelsea into their first Champions League final with the Women’s Super League crown already all but won. 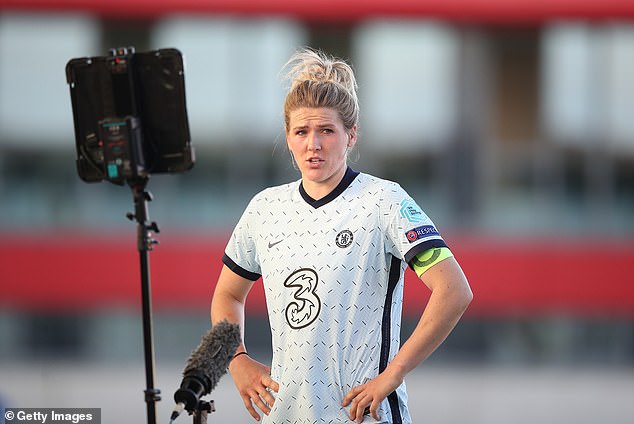 The England international Bright echoed her manager and said: ‘We are all as one as a club.

‘Chelsea wants to be successful and known for winning the biggest trophies on the biggest stages against the biggest teams. We are working together. We do not talk about it together with the men’s side, but we all know we represent the same club and same badge and it would be amazing for both teams to do well.

‘It is a good time for the club but we have to keep two feet on ground and do not look beyond the game on Sunday and getting it done. We are neither favourites or underdogs – the game is there for either team to take. We both have great qualities but we have lots of confidence going into this game.

‘Reaching and winning the final will be our biggest moment as we do not want to be known for just reaching semi-finals. We have the capabilities to go beyond but we do not like to discuss that when we are not through yet. We need to stay calm and be brave on the ball.’