Borussia Dortmund 5-0 Holstein Kiel: Erling Haaland was not missed as the hosts scored all their goals in the first half to reach German Cup final in a game that saw teenagers Gio Reyna and Jude Bellingham star for Edin Terzic’s men

Borussia Dortmund struck four times in 16 first-half minutes, including a double from Giovanni Reyna, as they crushed second division Holstein Kiel 5-0 on Saturday to reach the German Cup final where they will face RB Leipzig next month.

Top scorer Erling Haaland was sidelined with a muscle injury but his power was hardly missed as Dortmund exploded into action after 16 minutes, with Reyna finding just enough space inside the box to thread a shot into the back of the net.

The American then tapped in a second goal from close range after good work and a back flick each from Marco Reus and Raphael Guerreiro seven minutes later, before captain Reus got onto the scoresheet himself in the 26th minute. 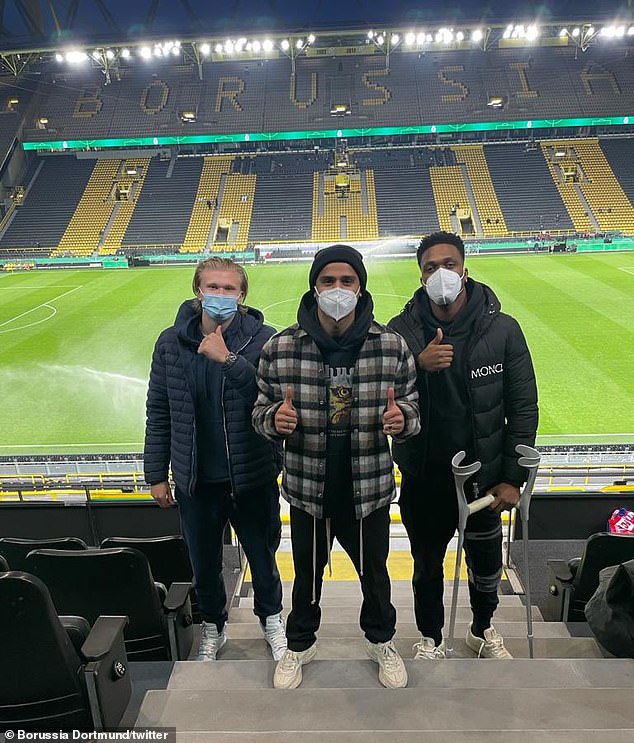 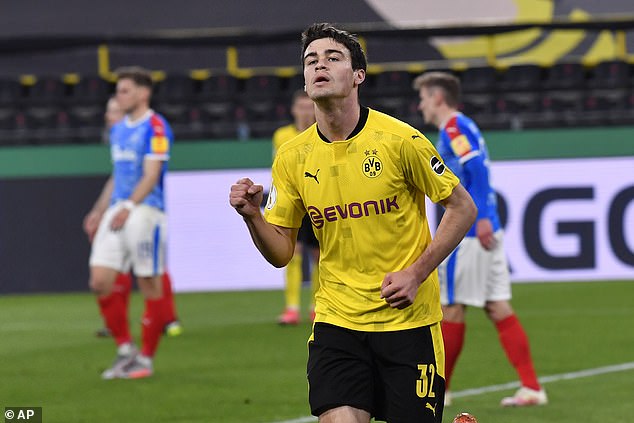 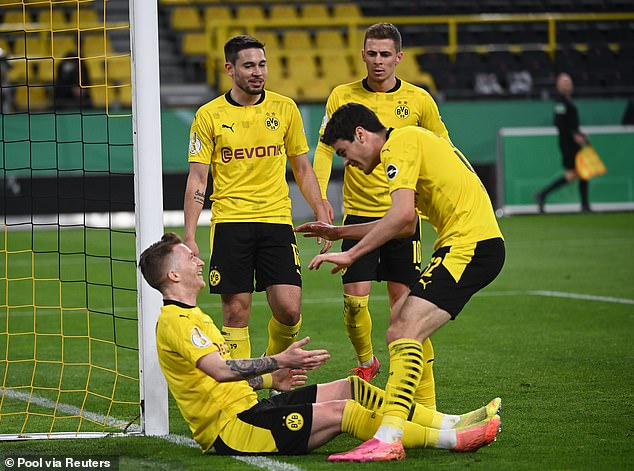 Thorgan Hazard fired their fourth in the 32nd minute as hapless visitors Holstein, who had eliminated holders Bayern Munich in the second round, clearly lacked match practice after having come back late last month from 28 days of quarantine.

‘Today we were very efficient in front of goal and we are happy to have reached the final,’ Reus said. ‘What we want is to qualify for the Champions League and bring the Cup to Dortmund.

‘We cannot stop working now and we will see what we can achieve,’ he said.

Dortmund also face second-placed Leipzig in the league next week as they battle for a top-four finish and a spot in next season’s Champions League. 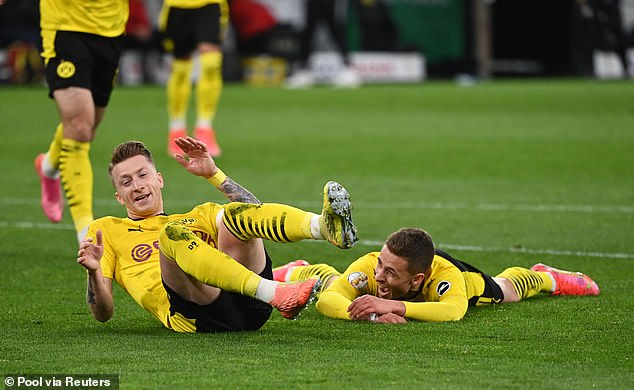 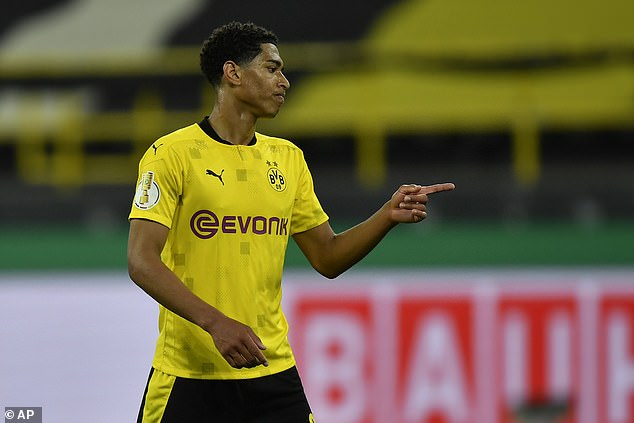 Jude Bellingham’s deflected effort in the 42nd minute made it 5-0 to give Dortmund coach Edin Terzic the chance to win his first silverware before making way for Marco Rose next season.

But there was some bad news when their Spanish defender Mateu Morey went off on a stretcher in the second half with what looked a serious knee injury after he twisted it sprinting for the ball and his scream could be heard across the empty stands.

‘It was a perfect evening until that point,’ Terzic said. ‘We saw what happened and heard his reactions, just terrible. Now we just wish him the best. He is off to hospital.’

Dortmund, who last won the Cup in 2017, will face Leipzig, who eliminated Werder Bremen in extra time on Friday, at Berlin’s Olympic stadium on May 13.