Billy Joe Saunders’ father has furiously claimed they will walk away from their fight with Canelo Alvarez on Saturday night if their demands over the size of the ring are not met.

Saunders is due to take on the Mexican star at AT&T Stadium in Dallas, Texas this weekend in a huge super-middleweight unification clash in front of around 70,000 fans.

But Saunders, the unbeaten WBO world champion, and his entourage have threatened to fly back to the UK because of the current size of the ring inside the 80,000-seater stadium. 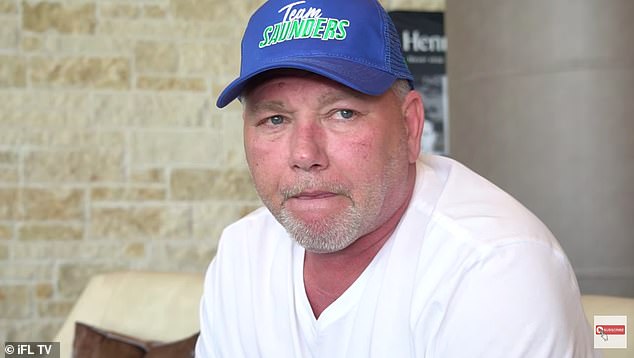 Saunders, the WBO champion, said he had told his entourage to ‘sort out all of that rubbish’ 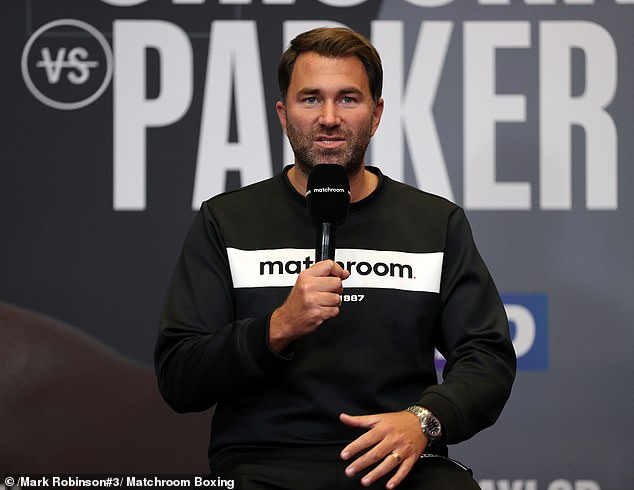 Section 61.106 of the Texas Administrative Code says: ‘Rings shall be square with sides not less than 16 feet or more than 24 feet inside the ropes’.

Saunders’ father, Tom, insists the fight was supposed to be held in a 24-foot ring but claims Matchroom Sport, the promoters of the event, want the fight to take place in an 18-foot ring.

He also went on to suggest the two parties have agreed to compromise at 22-foot but the Briton’s camp are far from happy with the treatment they have received in the build-up to the fight.

Billy Joe, speaking in an interview with Behind The Gloves, said he had told his team to ‘sort out all of that rubbish’.

He said: ‘There’s one or two small things now.

‘One of those small things and when I say small is the ring. I’ve left it to my team. I let them sort out all of that rubbish. 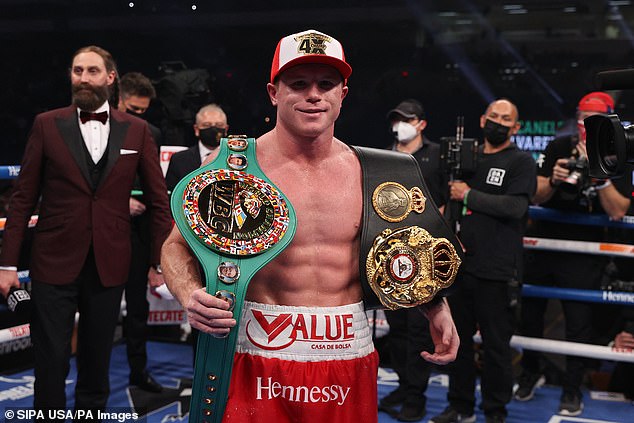 Canelo will put his WBA, WBC and Ring Magazine titles on the line against Saunders in Dallas 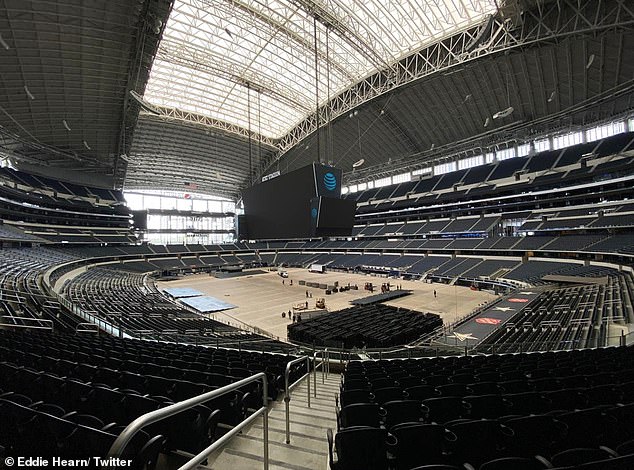 The pair are due to meet at AT&T Stadium in Dallas, Texas this weekend in front of 70,000 fans

But his father claims they have threatened to walk away from the fight if their demands are not met. He also hit out at Eddie Hearn and says Matchroom are ‘working against us at every opportunity’.

He told iFL TV: ‘There are a few issues we’re not happy about that we got to get sorted out.

‘That’s the size of the ring. Matchroom wants us to box in an 18-foot ring, and then they come back with a 20-foot ring. It was supposed to be a 24-foot ring.

‘Then we’ve compromised with no smaller than a 22-foot ring. MTK is on it, and they’re all over it now. Hopefully, that’ll sort it out, and I’m sure it will be.

‘For Matchroom to want Billy Joe to box in an 18-foot in the ring, that’s an amateur ring. It seems to me in an 18 to 20-foot ring, they’re trying to take Billy Joe’s advantage away from him, and we haven’t got many advantages here.

‘We’re up against everything. Eddie Hearn has delivered this fight, but at what cost?

‘He’s not working with us. He’s working against us in every opportunity. Matchroom need to pull their finger out, otherwise we will be coming home. 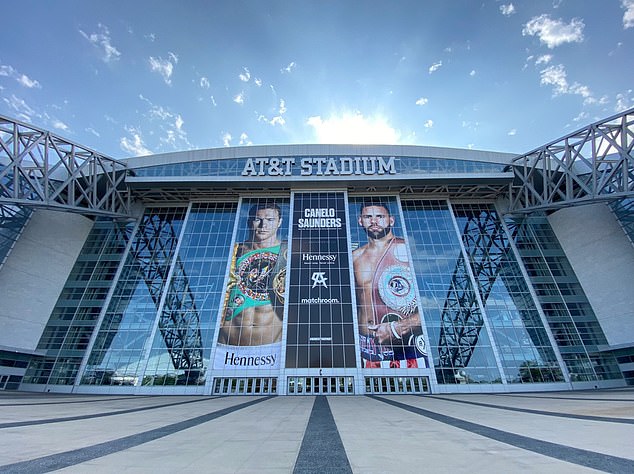 Despite their complaints about the size of the ring, Tom Saunders insists his son is going to give the Mexican the ‘biggest surprise of his life’.

‘Canelo is going to get the biggest surprise of his life. Canelo has forgotten where he came from,’ he added.

‘He’s flying around in his private jets. He’s relied on two occasions where he should have been beat. The judges have gone his way. We’re not “yes men”, and Canelo is going to have the shock of his life.

‘It’s an amateur-sized ring, come on. We are not going to accept an 18 to 20-foot ring. Who does Eddie Hearn and Matchroom think they are?’

Watch Canelo vs Billy Joe Saunders live on DAZN for £1.99