Barcelona ‘don’t look at other teams to win LaLiga, we trust our players’, says Alfred Schreuder – with assistant boss confident of title hopes as four-way race with Atletico Madrid, Real Madrid and Sevilla goes down to the wire

Barcelona will not be distracted by other teams as the LaLiga title race goes down to the wire, the club’s assistant Alfred Schreuder said.

Ronald Koeman’s deputy was speaking after seeing his side come from behind to defeat lowly Valencia 3-2 with Lionel Messi’s double helping the side keep pace with Real Madrid.

The rivals are on 74 points with four games left to play, while Atletico Madrid have a two-point lead and next face Barcelona. 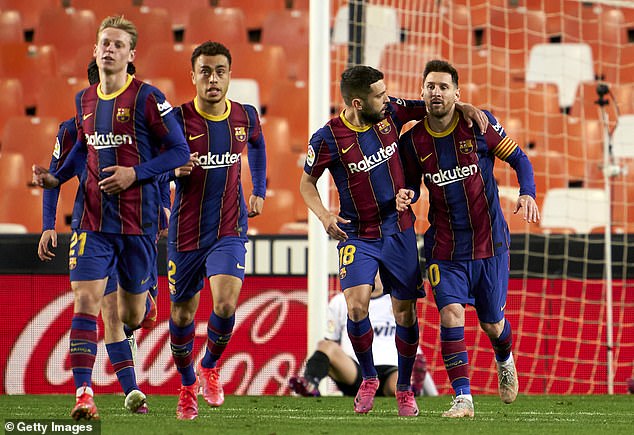 Barcelona back themselves to win LaLiga this season, insists assistant boss Alfred Schreuder 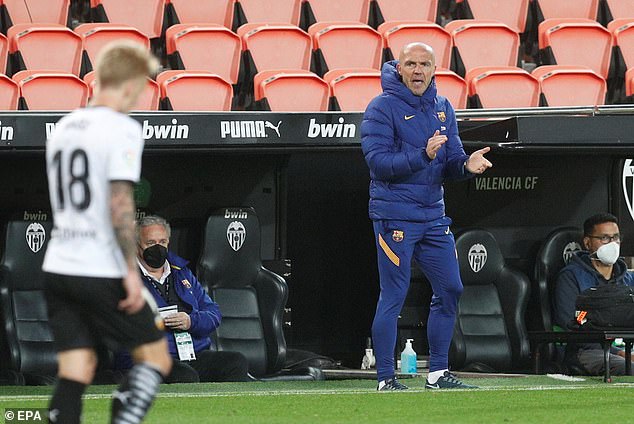 Schreuder was quoted in Marca saying: ‘It will be very close, that’s also what we hoped in January.

‘We are there. We don’t have to look at other teams. We look at ourselves.

‘Sometimes we lose points, sometimes Atletico, sometimes Real, Sevilla… It won’t be the final game next week. We still have four games to go.

‘Everybody at Barcelona trusts our players (to win the title). We trust our players. That’s what they showed today again.’

After a goalless first half, Valencia drew first blood on 50 minutes when Gabriel Paulista nodded home from a corner and Marc-Andre ter Stegen’s appeals that he was impeded were waved away.

Lionel Messi saw a penalty saved on 57 minutes but scored from close range amid a scramble after the home side failed to remove the danger, and Antoine Griezmann put the visitors up 2-1. 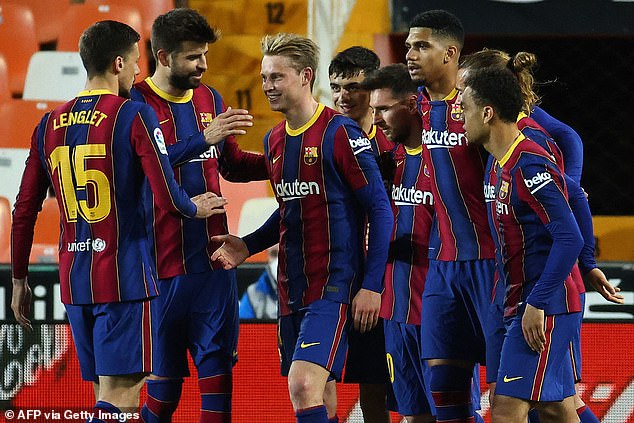 Messi found the net again through a free kick on 69 minutes, and Carlos Soler’s superb late strike set up a tense finale, but Valencia could not find an equaliser and Barcelona kept the pressure on league leaders Atletico Madrid.

Koeman, who was sent off during a mid-week defeat to Granada, began a two-match touchline ban at the Mestalla, made four changes to his team.

Ronald Araujo and Clement Lenglet replaced Oscar Mingueza and Samuel Umtiti in defence, while Sergino Dest and 18-year-old Pedri were recalled in midfield at the expense of Sergi Roberto and Ilaix Moriba.

Schreuder, speaking about the game against Atletico, said: ‘It’s an important game. But we also have other teams (Real Madrid and Sevilla) who play the day after for the same position as us.

‘We look at game to game. Of course, we know that it’s a very important game (against) Atletico.’