By Max Winters For Mailonline

Aston Villa head coach Dean Smith is delighted with the progress striker Ollie Watkins has made this season and felt his performance in the 2-1 victory at Everton was one of his best.

The newly-capped England international’s 15th club goal of the season was cancelled out by Dominic Calvert-Lewin’s 20th of the campaign in the first half.

But Anwar El Ghazi scored for the second successive match with a brilliant curling effort 10 minutes from time as Villa won at Goodison Park for the first time since 2008. 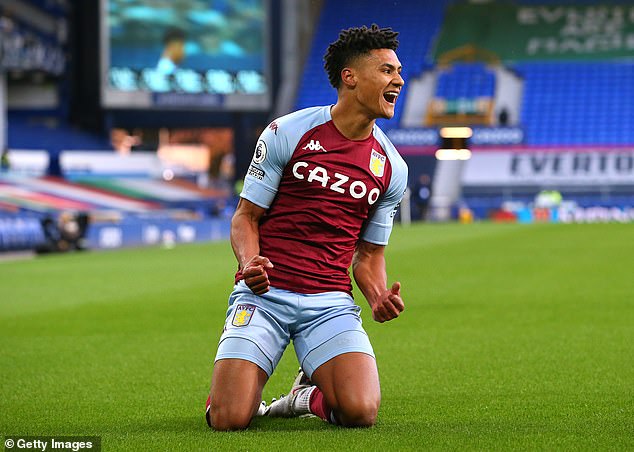 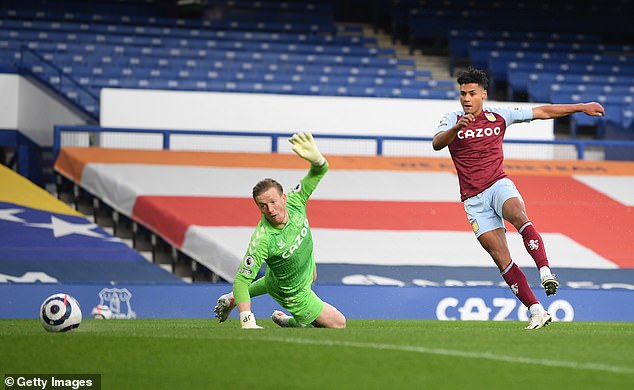 ‘I thought he was good tonight and difficult to handle. It’s what we paid a lot of money for,’ Smith said of the decision to sign Watkins from Brentford in the summer for £28million.

‘I knew what he was and what he was like as a person and how he wanted to grow and get better. I thought he was outstanding tonight.

‘He pick-pocketed the defender (Mason Holgate) well to score his goal and I thought Jordan Pickford regained parity with some of the saves against him.

‘I think his game has got better. I’ve always said he is one of the best pressing centre-forwards in the Premier League, which is huge praise indeed. He is backing that up with goals.

‘He is a lad who used to beat himself up a lot if he missed chances but he gets over that a lot quicker now and that’s a sign of a really hungry and top young player.’ 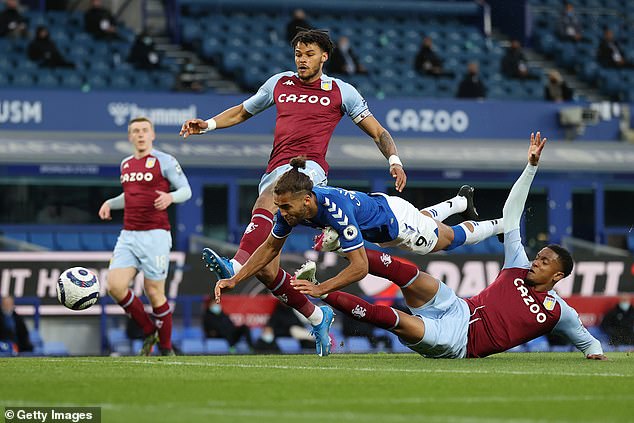 Speaking about Watkins after the game, BT Sport pundit Martin Keown said: ‘He [Watkins] unsettled Everton’s defence and has real pace and energy.

‘Right from the beginning you see he wants it. He’s fired up. He’s got Dominic Calvet-Lewin on pitch and came out on top against him.

‘He exploited space, dictated the game and was a willing runner. It was naive from Everton but his intelligence was outstanding and his form is coming just at the right time for England and Aston Villa.

‘I would take Calvert-Lewin and Watkins to the Euros as you’ve now got 26 players and it gives Southgate chances, too.’