By Nick Callow For The Mail On Sunday

Mikel Arteta insists he does not fear the sack going into the biggest week of his short managerial career but admits everything that could be go wrong IS going wrong for his Arsenal.

The defiant Spanish coach takes his battle weary squad up to a rejuvenated Newcastle United on Sunday with reversing a 2-1 deficit in Thursday night’s Europa League semi-final second leg against Villarreal the obvious priority.

Arteta has defended the club on all fronts in recent week with fan protests against American owners morphing from Kroenke Out into Arteta Out. 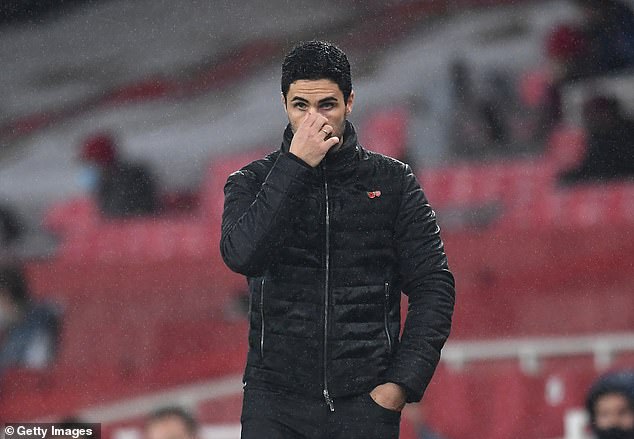 They started the weekend tenth and are facing a worst season in 26 years.

And while fans, pundits and players alike seem to have struggled to keep up with his relentlessly changing formations and tactics, Arteta admits he has been unable to deliver desired results for so many reasons.

Arsenal have been devastatingly good at times, but 13 league defeats and only one win from their last five matches is a true reflection of the chaos on the pitch. 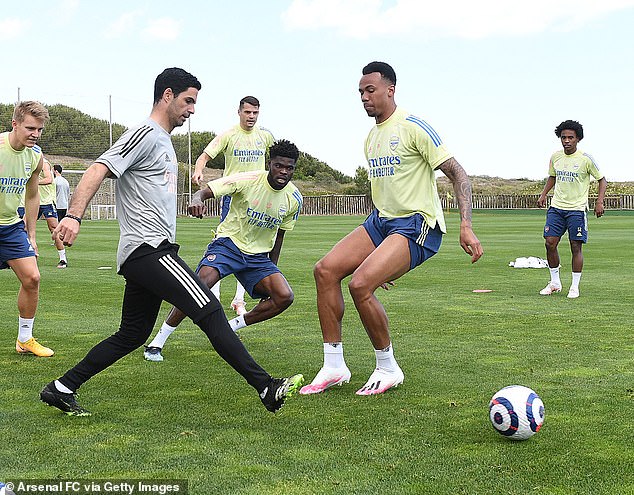 ‘It is for many different reasons,’ he explained: ‘One we haven’t had the opportunity to have a very consistent line up. Consistency in results in the Premier League is very different to the Europa League, where we have been very consistent.

‘But in the league we haven’t for many different reasons, one of those is the line up, another is the amount of errors that we have produced in key moments, another is the lack of effectiveness in the final third I would say, to kill games off. Another is because the opponent has sometimes been better.

‘We try to be as clear as we can all the time in our messages but sometimes the opponents gets it right from the beginning. I think it was crucial against Villarreal that they scored early and how we reacted after that.

‘There are some games where we have started really well and not finished that well. So I don’t think there has been a pattern over the season.’