Jack Leach would not have been human if he had simply shrugged it off. On his first day of bowling in a Test match in India, his figures read 8-0-77-0, and Rishabh Pant was launching him over the ropes for fun.

Not that Leach, whose left-arm spin had just helped England win 2-0 in Sri Lanka, was seeing the humour on a stifling February afternoon in Chennai. Fun? It was more like sadism, of the kind that once enticed Romans to the Colosseum.

‘I was very nervous at the start of the India series,’ he tells The Mail on Sunday. ‘I’d been to Sri Lanka and knew I could do it there. But India felt like a different prospect, with their star names, and off the back of that win in Australia. 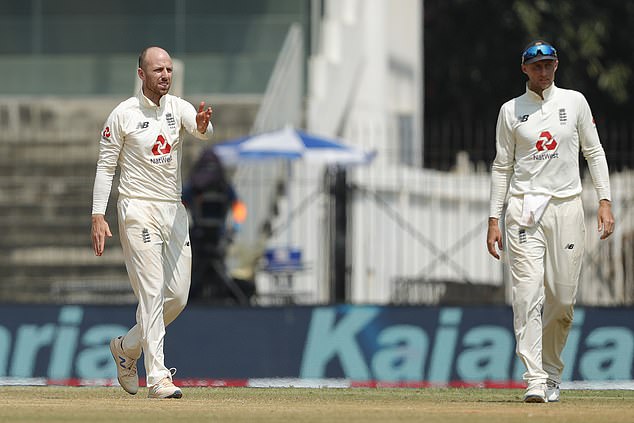 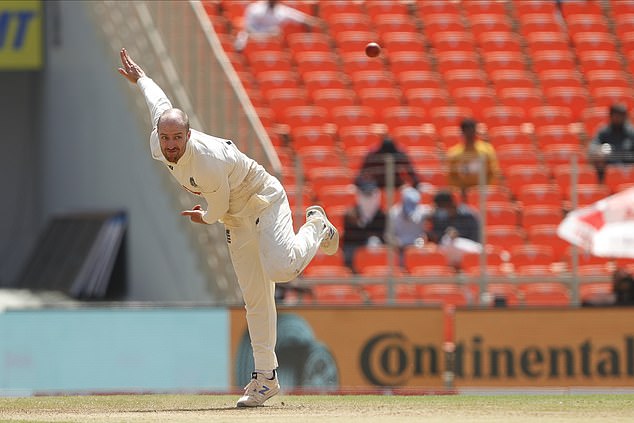 His bowling figures read 8-0-77-0, and Rishabh Pant was launching him over the ropes for fun

‘I did wonder: am I good enough to play against these guys? And after eight overs for 80 or whatever, I wasn’t feeling too good about myself.’

What followed may yet go down as a turning point in Leach’s career. First he held his nerve to catch Pant at deep cover, before finishing with two for 105 in 24 overs. Then he claimed four more wickets in the second innings as England took a shock series lead.

They ended up losing 3-1, but Leach, 29, was their leading wicket-taker with 18, including top-order stars Rohit Sharma and Cheteshwar Pujara four times each. More than anything, he proved to himself that he belonged. Now, he hopes to be England’s go-to spinner when the first Test starts against New Zealand at Lord’s on June 2.

‘The way I reacted in India after what happened with Pant gave me a lot of confidence,’ he says. ‘People have said I’m a resilient character, but I’ve not necessarily felt that was true until that moment.

‘A lot of it was about what I’d been through off the field, with my Crohn’s disease, with illness and injury. But in Chennai I showed resilience on the field too. Before then, I probably wouldn’t have come back quite so strong.’

While Leach’s bowling improved as England’s Asian winter wore on, off-spinner Dom Bess, his friend and former Somerset team-mate, went in the other direction — dropped after the first Test, then brought back for the fourth before he was ready. 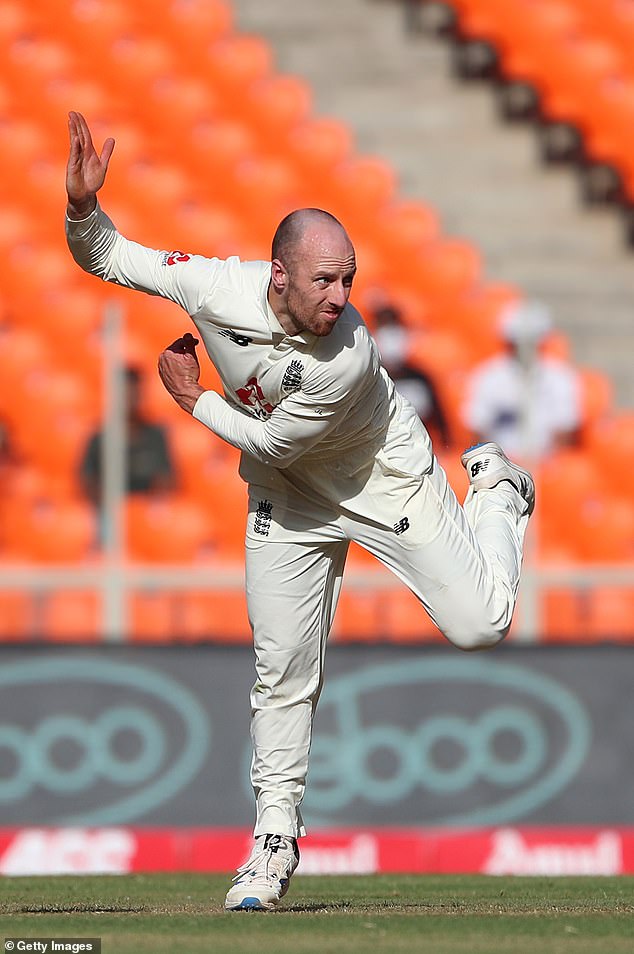 While Leach’s bowling improved as England’s Asian winter wore on, others have struggled

Did Leach, six years Bess’s senior, offer consolation? ‘We chatted, definitely. We’re still chatting now, bouncing ideas off each other. Dom’s a great character and works extremely hard. It takes time to look back at things — you learn to see your negative moments as positives.

‘Bessy is 23. It’s about him having patience, on and off the field. He has to give himself time to reflect. It will only make him better. People say spinners aren’t at their best until 29 or 30. He has loads of time.’

Leach is too modest to demand he begin the summer as England’s No 1 spinner. He is mindful of what Bess went through, and says Moeen Ali ‘still has lots to offer’. But there is also steel in his voice: ‘I’ll be ready if called upon.’

Partly, he is just happy to be bowling again after 15 months in which he fought off sepsis in New Zealand, fell ill in South Africa, then spent the summer mixing drinks in the biosecure bubbles of Southampton and Manchester.

Equally, he refuses to wallow in the lot of the English spinner, forever condemned to bowling on unhelpful pitches at unhelpful times of the season.

‘It’s really difficult when all the Championship games are in April and September. Ashley Giles [England’s managing director] said they used to play two spinners all the time at Warwickshire, and just bowl and bowl in June and July.

‘Spoons [England coach Chris Silverwood] said 15 per cent of overs at county level are spin, but about 45 per cent in international cricket. Me and Bessy got lots of overs at Somerset, but now the wickets aren’t spinning at Taunton because of the points deduction. It’ll be flat ones from now on!’

Leach has started the County Championship season well, with match figures of four for 61 — plus a crucial innings from No 11 — in Somerset’s come-from-behind win over Middlesex at Lord’s, and another tidy spell against Gloucestershire.

England, though, tend to play one spinner only at home. Can it be him? ‘Yeah, definitely. I believe I can play in lots of different conditions.’ He says it with the belief of a bowler who has been put through the shredder by Pant, and lived to tell the tale.