Get ready for a Saturday night matinee event in the NBA as the San Antonio Spurs face off against the Phoenix Suns for the first time in the 2020-21 season.

The San Antonio Spurs have not fared well since parting ways with former All-Star LaMarcus Aldridge. That said, the veteran has shocked the NBA universe by retiring out of the blue due to health concerns. Considering this development, it can be argued he wouldn’t have made much difference to the Spurs if he was still on their roster. Greg Popovich’s side is below .500 ahead of this fixture with a 26-28 record behind them.

The San Antonio Spurs are still one of the prime candidates for the Play-in tournament but will need to turn things around with haste. They are coming off a disappointing loss to Trail Blazers, losing the game by one point for their second loss in a row. 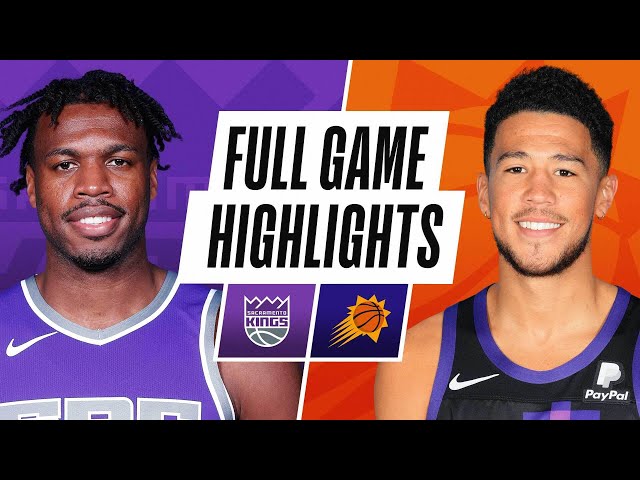 Meanwhile, the Phoenix Suns are one of the hottest teams in the association right now. Monty Williams’ side is the second club behind the Jazz to reach 40 wins on the season. They have gone 9-1 in their past ten games to stay at the 2nd spot in the West with a 40-15 record.

The Phoenix Suns cruised to victory against the Sacramento Kings on Thursday. They shot a stellar 55.8% as a unit for a 122-114 decision in their favor. The Suns’ young guns in Devin Booker (23 points) and Deandre Ayton (26 points) shone brightly, while veteran Chris Paul chipped in with 13 points to go along with 11 assists.

The San Antonio Spurs will roll out at Phoenix Suns Arena at near full strength. Power forward Trey Lyles is the only player on their injury list ahead of this contest. He missed their previous game against the Trail Blazers due to an ankle injury.

Coach Greg Popovich will have the rest of the team at his disposal for Saturday’s contest. A win against a top-tier club like the Suns could turn around fortunes for the sluggish Spurs lineup.

The Phoenix Suns don’t have any major injury concerns that could hinder their performance against the San Antonio Spurs. The only player to feature on their injury list is Abdel Nader. The small forward has been on the sidelines as he is still recuperating from his knee injury.

Like his counterpart in coach Popovich, Monty Williams will have the luxury of using the rest of the cast for rotations as he sees fit. The Suns have winning momentum behind them and will enter this tie as the favorites to win this contest.

The San Antonio Spurs will most likely use the same lineup from their previous matchup against the Trail Blazers. Dejounte Murray and Derrick White will resume their roles in the backcourt with the former running point. Both players are averaging career-high numbers this season.

4x All-Star DeMar DeRozan will take his spot at the small forward position. He is coming off 26 points, ten rebounds performance in the loss to the Blazers.

Keldon Johnson will feature as the power forward, while Jakob Poeltl resumes his duties at the center position. Poeltl has done well in his new role at the anchor position. However, he will have his hands full in this matchup as he duels with DeAndre Ayton underneath the rim.

The Phoenix Suns will look to their All-Star duo in Chris Paul and Devin Booker to guide them to victory in this matchup. Paul will take his usual spot at the point position, and Booker will support him as the shooting guard.

Jae Crowder and Mikal Bridges will feature as the two forwards on the wing. They have played a big role in the Suns’ resurgence this season and have scoring averages in double digits.

DeAndre Ayton will roll out as their primary center in Saturday’s contest. He is leading the team in the rebounding department, collecting 10.8 boards per contest on top of his scoring average of 15.2 points per game.