Photos from In Defense Of Animals

Dr. Elliot Katz, D.V.M., Founder of In Defense of Animals, one of the nation’s foremost animal advocacy organizations, passed away on March 24, 2021, at the age of 86. He was a trailblazer and monumental force at the forefront of the animal rights movement. 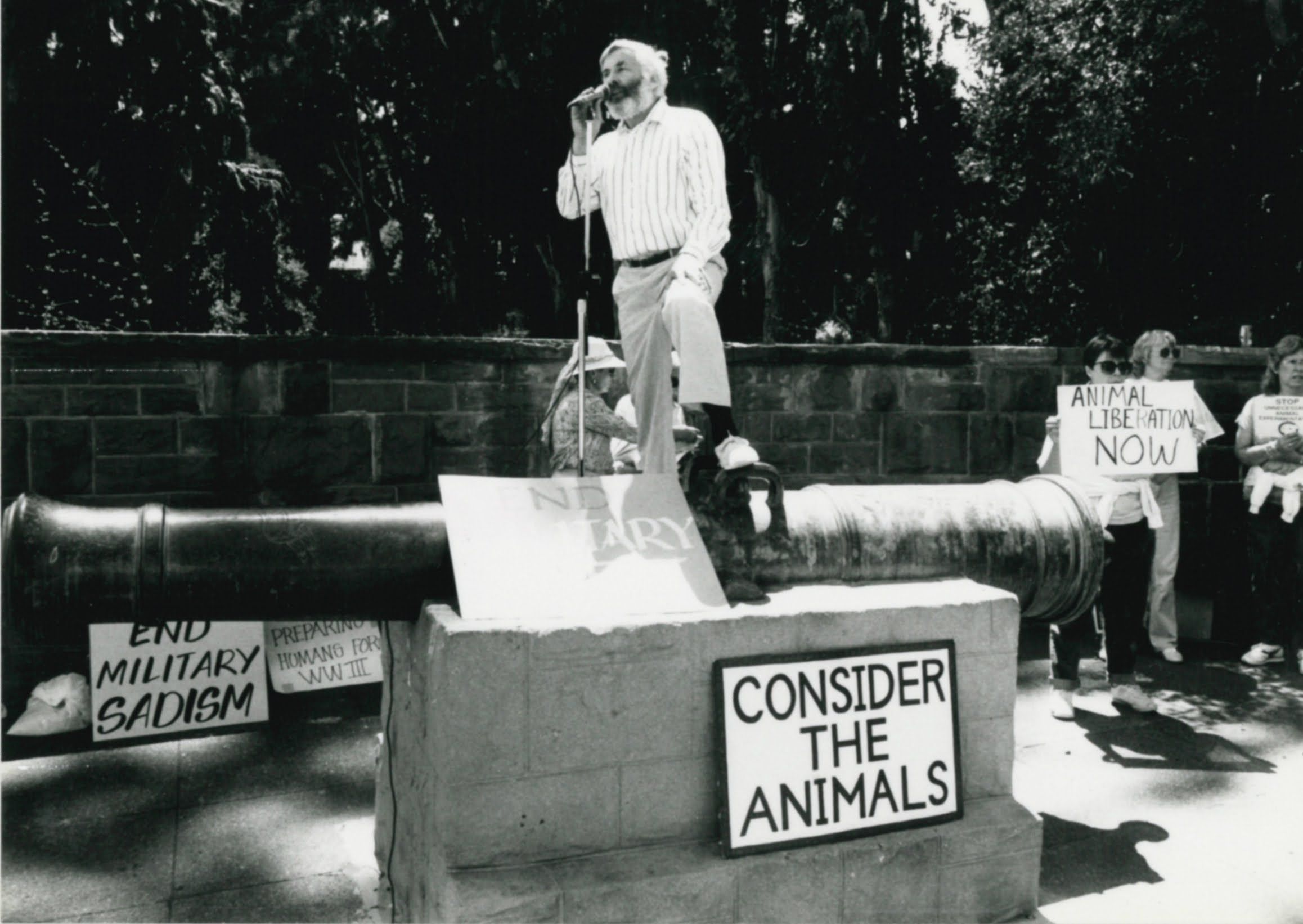 As a child, he began his lifesaving work by rescuing abandoned or lost dogs with his father on the beaches of Long Island, New York. He also saved starfish and other beings who had washed ashore by returning them to the ocean after a storm passed. Dr. Katz graduated from Cornell University’s College of Veterinary Medicine, where he refused to perform “practice” surgeries on live dogs. He stuck to his convictions, with the support of his mother, even when he came close to being thrown out of school. While Dr. Katz was speaking up for animals seen as inferior, he was facing discrimination himself. Cornell had placed a quota on Jewish students and blocked them from joining fraternities.

After practicing veterinary medicine for a number of years, Dr. Katz left his practice in Brooklyn, New York, and moved to Big Sur, then San Francisco, where he started the nonprofit City Celebration in 1978. The purpose was to “coordinate and produce musical events without discrimination in any way” in parks and plazas. The organization brought enjoyment to thousands, if not millions, with free dance and music events. Dr. Katz created a summer music series for seniors. He worked with senior centers and the San Francisco Municipal Transportation Agency (MUNI) to guarantee that all interested seniors could attend. He was recognized for his great work by Mayor Dianne Feinstein and other leaders in the community. He lived in the Bay Area for four decades. 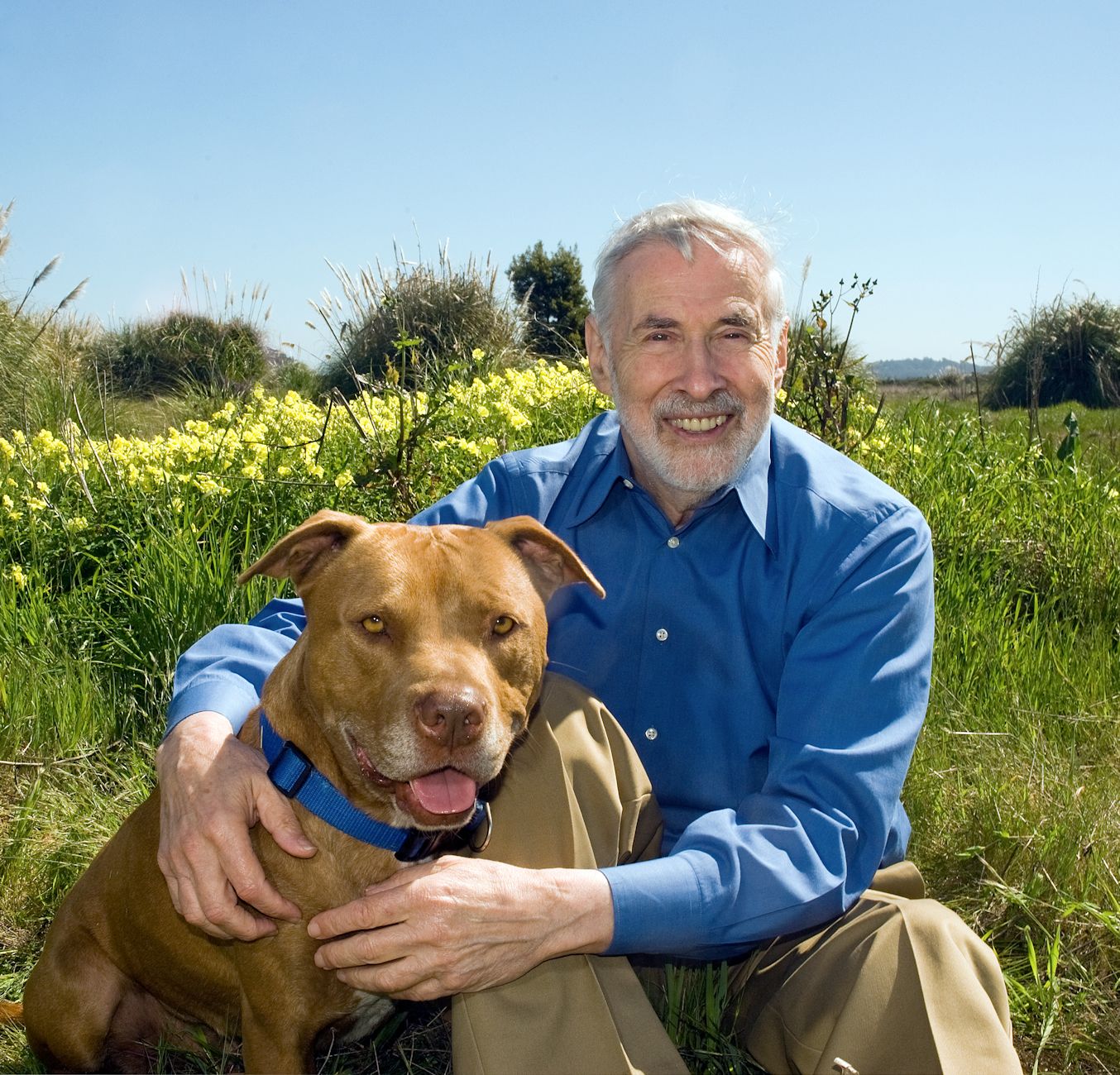 In 1983, Dr. Katz learned that researchers at the University of California, Berkeley, were conducting surgeries on the eyes and brains of animals without proper sterilization and that animals were allegedly in overcrowded cages where disease ran rampant. He met with a campus veterinarian, who was prevented from providing treatment. Dr. Katz exposed this cruelty and filed a lawsuit against the USDA, forcing them to issue a cease and desist order against UC Berkeley. The university was fined $12,000 for violating the Animal Welfare Act, which was precedent-setting. Learning of cruel, invasive, and absurd experiments on animals motivated him to start In Defense of Animals that year. 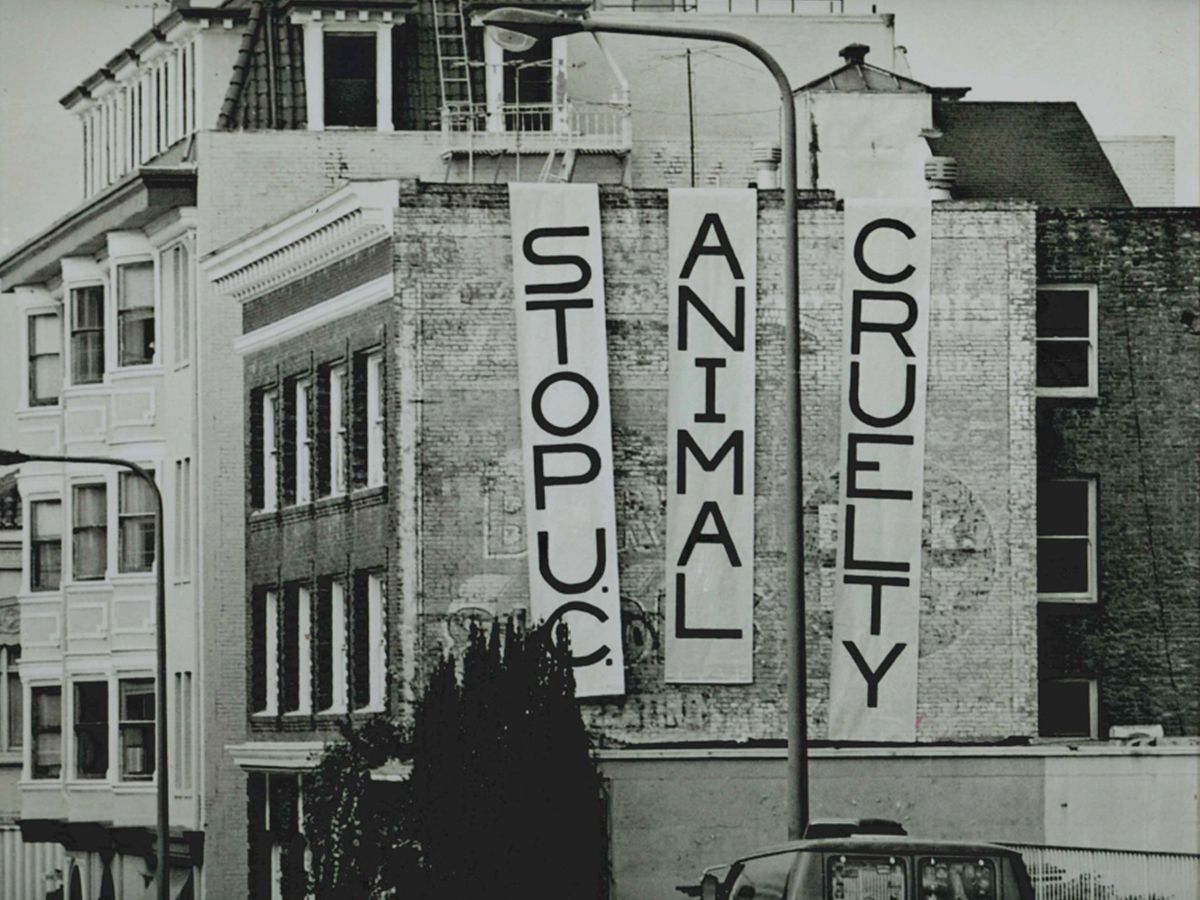 “As a veterinarian, I’d been trained to help animals, to relieve their pain. I had been taught not to stand by or turn my back while animals suffer and die, certainly not to purposely burn them or beat them, poison them or starve them, blind them or electrocute them, addict or infect them. And so, in 1983, to right these terrible wrongs, to come to their defense, I founded In Defense of Animals,” said Dr. Katz.

He was the first veterinarian to speak up for animals on behalf of other veterinarians working in the research community. His passion, enthusiasm, and intellect attracted a tireless team, equally dedicated to making the world a kinder place for all beings. Through protests, education, investigations, lawsuits, lobbying, and nonviolent civil disobedience, Dr. Katz led the organization to many victories for animals used for science, food, entertainment, and clothing. 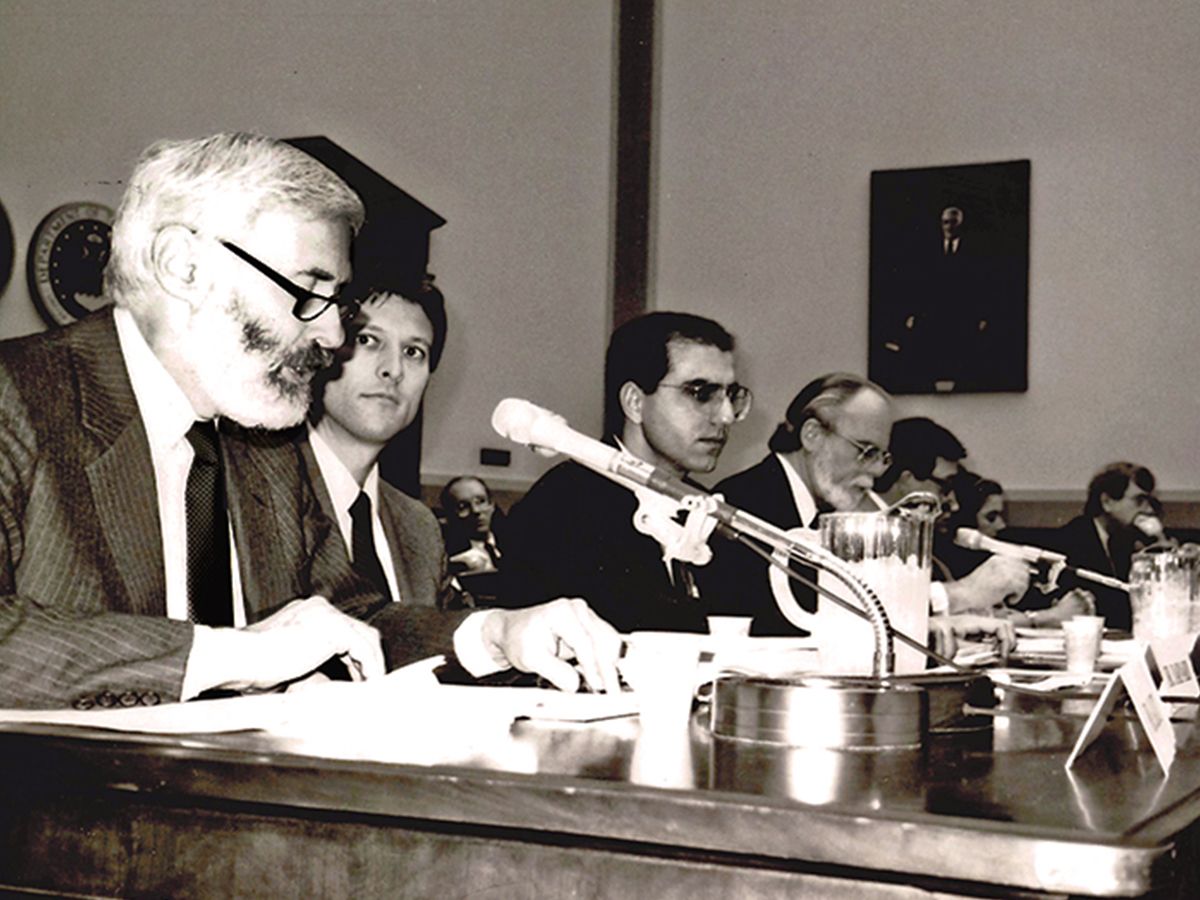 Dr. Katz and his team proved their effectiveness and determination time and again. They closed down hideous vomiting experiments on cats by Rockefeller University “scientists,” prevented the U.S. Army from breaking the legs of 120 racing greyhounds, ended cruel and ineffective brain cancer experiments on beagle puppies, closed down New York University’s crack cocaine experiments on monkeys, and blocked a multimillion-dollar animal research center from being built in San Francisco. Dr. Katz traveled to Washington, D.C., to give testimony before the House Armed Services Committee. The hearing led to legislation calling for increased use of non-animal research technologies.  Years of campaigning led by In Defense of Animals closed down the infamous Coulston Foundation. It was the country’s largest chimpanzee laboratory, which conducted tests for drugs and medical devices on hundreds of chimpanzees and monkeys. The significance of this first-ever closure of a laboratory for cruelty to animals won him acclaim from Dr. Jane Goodall. 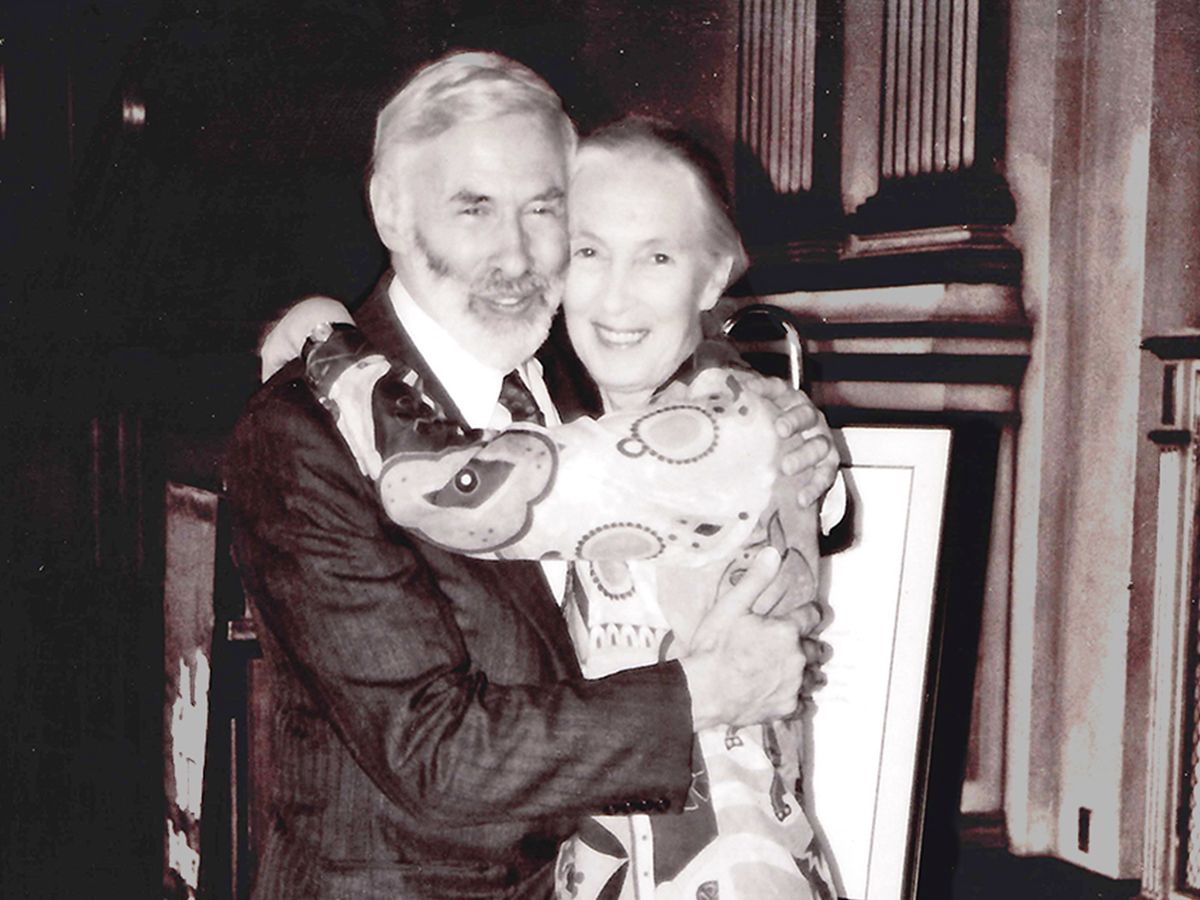 When the first organized nonviolent civil disobedience for animals was held at the entrance to the UC Davis Primate Center, Dr. Katz and 16 others were arrested and jailed. He believed in this powerful tool to bring attention to important social justice issues. He was proud to say that he had been arrested 37 times while speaking up for animals.

Dr. Katz established sanctuaries to rescue animals and was proud of the good work his colleagues did there: at IDA-Africa, running a chimpanzee sanctuary in Cameroon for victims of the bushmeat trade; at IDA-India, providing mobile veterinary care and spay-and-neuter services to animals in Mumbai; and at Hope Animal Sanctuary, rescuing and rehoming abused, neglected, and homeless animals in Mississippi.

He also helped create the longest-running animal protection demonstration in the world. Animal activists have marked Fur Free Friday on the day after Thanksgiving since 1986. 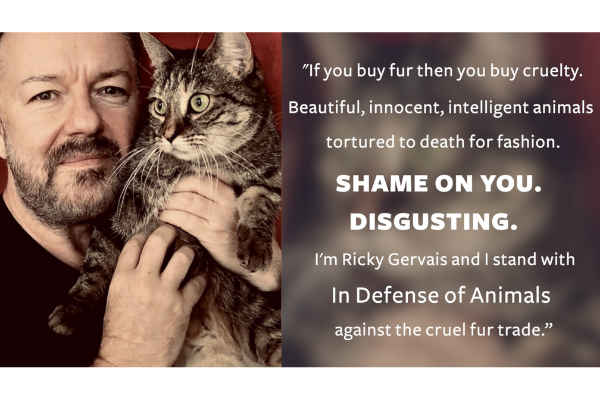 Despite all of In Defense of Animals’ precedent-setting accomplishments, Dr. Katz realized that without changing the mindset where people see animals as nothing more than property, objects, and things, many of these victories would be Band-Aid solutions. In an effort to elevate the status of animals, he launched the Guardian Campaign. Recognizing the power of words, Dr. Katz said, “We must think of our relationship with our companion animals as we do with other members of our family. We must think of ourselves as their guardian, friend, parent, protector, or advocate but never owner.”

Dr. Katz’s first daughter, Raquel, was born the year he started In Defense of Animals, and his second daughter, Danielle, was born a year later. He fused his love for his daughters with his passion for helping other beings by bringing them along to protests and enlisting their assistance in the office, stuffing envelopes and opening mail.

He was inspired by Dr. Jane Goodall, whom he considered a friend, as well as Dr. Martin Luther King Jr., Mahatma Gandhi, St. Francis of Assisi, and Cesar Chavez. He was honored to present Chavez with a Lifetime Achievement Award. 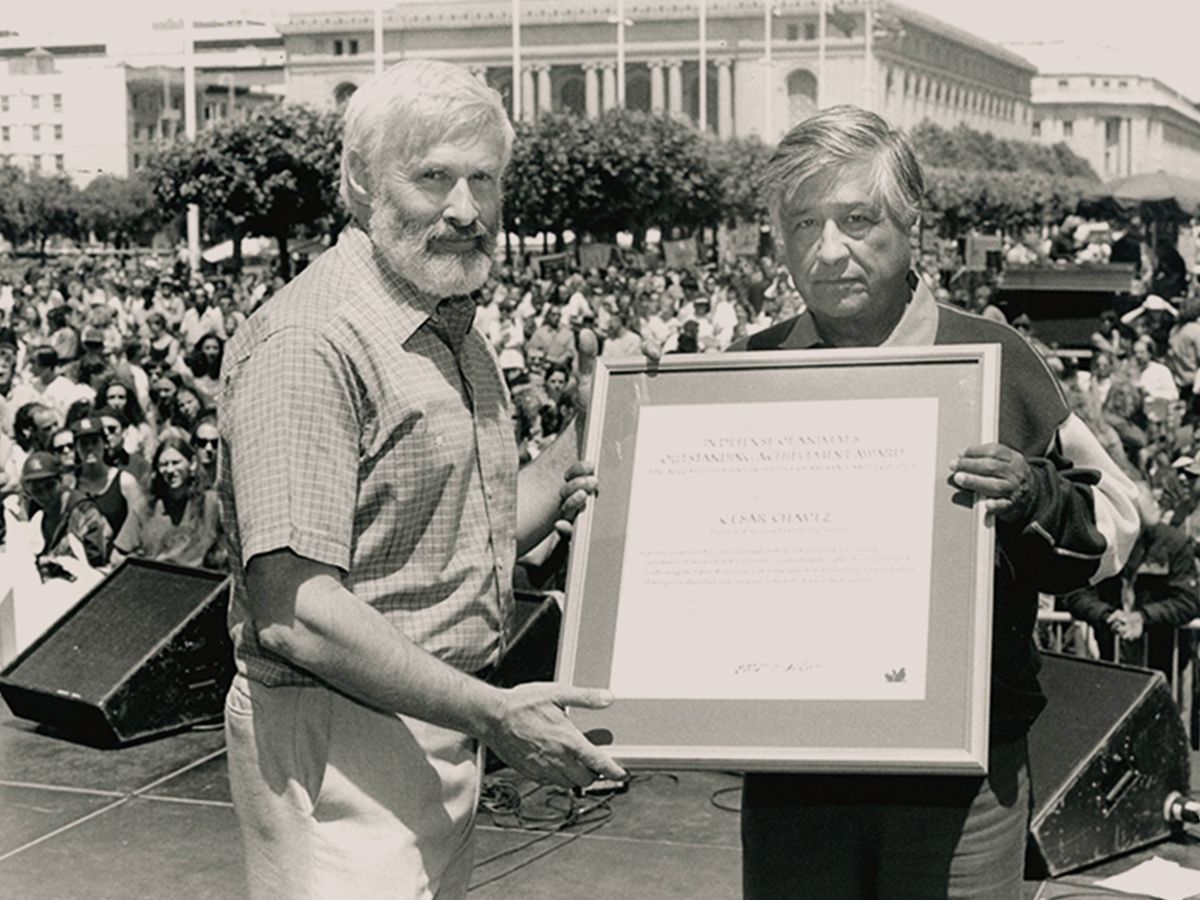 Dr. Katz was vegan for more than 30 years and a true defender of animals until the end of his life. He is survived by his daughters, Raquel and Danielle, who have both followed in his footsteps and dedicated their lives to helping others; three grandchildren; and his brother, Bennett.

His passing leaves a deep loss in the fight against animal experimentation, factory farming, and other abusive industries. In Defense of Animals requests that the public help commemorate Dr. Katz’s life and work by eating and wearing vegan, using the term “guardian” instead of “owner,” and only using products that haven’t been tested on animals. 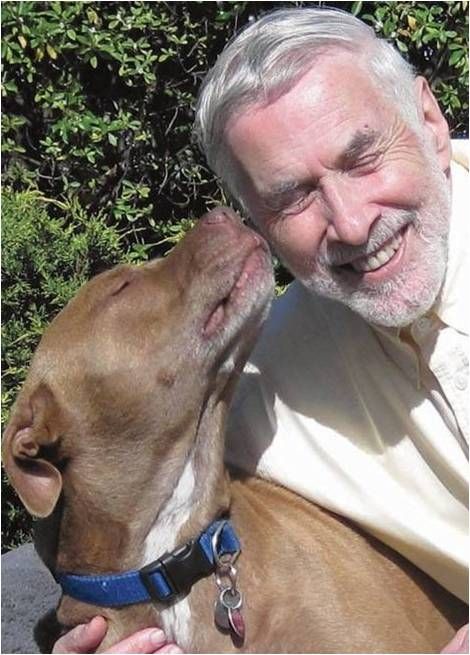 WAN has covered In Defense of Animals’ important work for many years. We join animal advocates everywhere who are heartbroken by the loss of Dr. Katz. We know that his incredible legacy will live on forever. May God Bless him and may he rest in peace.

To Find Out More and Register to Attend His Virtual Memorial Service on Saturday, April 24th, CLICK HERE!