Nobody has missed parkrun more than Paul Sinton-Hewitt. He is the founder of the Saturday morning phenomenon, which he started in London’s Bushy Park in 2004 with just 13 runners.

Since then, Sinton-Hewitt has seen parkrun attract seven million participants at 2,200 venues in 22 countries across five continents.

But when the coronavirus pandemic forced the free, weekly 5km events to be suspended worldwide last March, he feared this remarkable success story may have reached its final chapter. 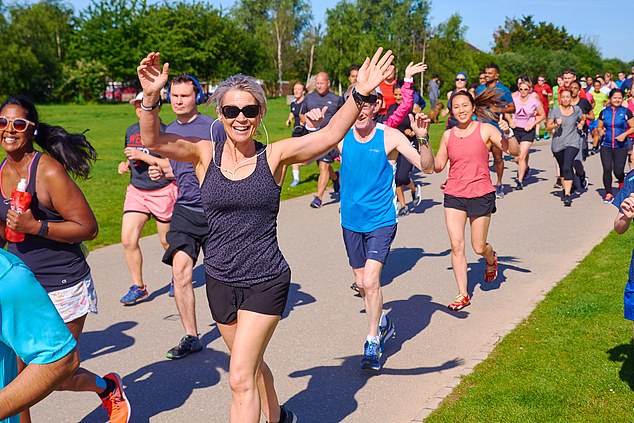 ‘As the founder, it’s my legacy that could have come to a grinding halt if we were not able to restart,’ the 60-year-old tells Sportsmail.

‘I definitely felt the loss and feared it might just fade away and become a footnote in history. For me, that’s a big deal. I went through phases of, “It’s not a problem, we’ll definitely get through this” to, “Oh my God, it could all come crashing down”.

‘I was worried landowners would decide they didn’t want to countenance the risk of having us back and that this thing that is so good could just go and it would leave a massive gap in everybody’s life. But I’m now happy to say that it looks like we will start again. I am looking forward to meeting all the people I’ve missed.’

After 13 long months without any events in the UK, parkrun returns this Sunday with the junior 2k version. Then, to the joy of thousands of runners, walkers and volunteers across the country, the main 5km event is set to restart on June 5. ‘I suspect we’ll come back even stronger,’ says Sinton-Hewitt.

‘It will take a few months before we are back to our numbers that we were at before we stopped. But I think there’ll be a whole new range of people attracted to parkrun. Because of this whole isolation and lockdown, people are realising that running is actually quite a good activity for your mental and physical health.’ 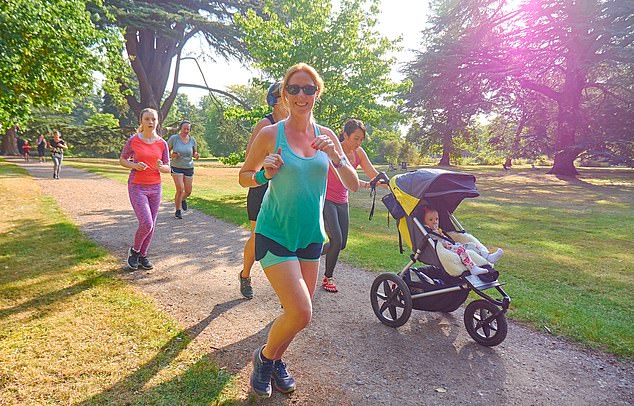 Just like he hopes parkrun could prove a salvation for some this summer, creating it helped Sinton-Hewitt through a ‘bleak period’ of his life after he had just been made redundant.

‘I was applying for about 100 jobs every week and getting very little in return,’ recalls Sinton-Hewitt, a keen runner who was born in Zimbabwe and raised in South Africa before moving to London in 1992 where he worked in IT and marketing. ‘It was then that I realised I had to do this thing that had been on my mind for quite some time.

‘I also had a substantial injury and it didn’t feel good to go down to the running club on a Thursday and wait for everybody else to finish their run before socialising. I thought, “How do I get these guys to come and spend some time with me?” — and Saturday morning was the key.

‘It took me back to when I was in my 20s in South Africa and I used to run with my best friends every Saturday morning and then have tea and cake until lunchtime. That was something that I remember very fondly, that was where true friendships were born and, in a way, that was what I was trying to replicate.’

And so it was that Sinton-Hewitt drew up a flyer and invited members of his two running clubs to join him for a ‘time trial’ at Bushy Park at 9am on Saturday October 2, 2004.

We are now faced with a significant health and wellbeing crisis — and that’s why it’s so important that parkrun returns.

My role is essentially to enable it to reach new audiences, specifically those who are less active.

We have evidence which points to the incredible benefits that parkrun brings to those who participate — whether they are runners, walkers or volunteers.

It benefits physical health and fitness but it also benefits mental health, confidence and self-esteem.

Our community has struggled without parkun. That feeling of disconnect from their community and a deterioration in their mental health state has affected them the most.

People are missing connecting with others, a connection with the outdoors and opportunities to be active in a socially-welcoming environment.

Many people don’t have that opportunity or that safe environment in which to run and they need that support and community in order to be able to be active. Parkrun provides that. It is also free which is really important now we are entering a time of economic hardship.

We need to understand what those barriers are. Some of them may have existed before and some may have manifested because of Covid.

Environments like parkrun are incredibly low risk but we have our Covid-secure framework which we will deliver our events by.

The framework doesn’t require a significant alteration to our core model. The parkrun you will see when it returns will be the parkrun you know and love. It is not going to be appropriate for everyone immediately. But we hope that we can prove that parkrun is open to all and is a low-risk activity that can really help improve people’s health and wellbeing.

‘There was a very small map of the course and then a description of how it would take place and the message that anybody could attend,’ he explains. ‘I didn’t have grand views. I thought if we got 20 that would be great. Even if only one person turned up, I would still officiate. In the end, 13 people pitched up to participate.

‘It grew very, very slowly to begin with. Week two, there was 12 — one less. And then it went to 14. By the end of that year we were around 20 to 25. To begin with, I made a decision not to market it. I wasn’t focused on the growth, it definitely wasn’t about numbers.

‘But what surprised me was that the people who were giving me the most positive reaction were those who I wouldn’t have called runners. They were the ones who kept saying to me, “Paul this is fantastic, you must do more”. I didn’t write a script saying, “I’m going to build a really cool organisation where everybody feels part of a family”. But it was clear that was kind of where I was heading — I just didn’t know it.’

The second event was eventually launched in Wimbledon in January 2007. That year, parkrun went from one event to seven and expanded out of London, starting with Hyde Park in Leeds, and then going global, launching in Zimbabwe. The junior version of parkrun started in 2010 at Bushy Park.

Overall in the UK there are 716 adult parkrun events and 325 junior ones, which together attracted an average of 200,000 participants a week before the pandemic. Olympic champions Sir Mo Farah and Dame Kelly Holmes have been known to take part, as have Good Morning Britain presenters Ben Shephard and Susanna Reid, BBC newsreader Sophie Raworth, snooker star Ronnie O’Sullivan and McFly’s Harry Judd.

The parkrun record is held by British Olympian Andrew Baddeley with a time of 13 minutes and 48 seconds, which he set in the same week he competed in the semi-finals of the 1,500m at London 2012. But one of the statistics organisers are most proud of is that parkrun is actually getting slower, with an average finish time of 32m 30s compared to 22m 17s in 2005, reflecting an ambition to attract participants of all abilities.

It is that inclusivity and simplicity that makes parkrun such a success. Anyone can turn up at any location and take part without any notice. Registered parkrunners need only show a barcode at the finish line to get their position and time, with the website keeping track of everyone’s historic results.

‘That principle was a principle right from the word go — that anybody can turn up regardless of whether you’ve told us or not,’ says Sinton-Hewitt. ‘In the early days, you ran and just wrote your name down. Then it was going up to a laptop and telling someone your name for them to search and find.

Then the next iteration was barcodes. Day by day, we started to improve the results on the websites and you could follow your own progress right throughout the whole history of parkrun. Without really planning it, that turned out to be one of the biggest hooks we had.’ 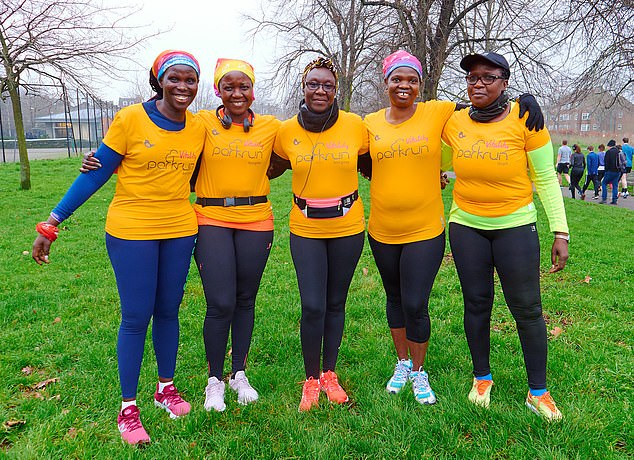 Participants can claim milestone T-shirts — such as for their 100th run — and merchandise now makes up 20 per cent of the organisation’s income stream. The National Lottery have invested £3million and Sport England have pledged to help create new events across England. But parkrun is not-for-profit and its mission is to ‘make the world healthier and happier’.

‘I’m immensely proud,’ adds Sinton-Hewitt, who was awarded a CBE for services to grassroots sport participation in 2014. ‘I never had any intention of becoming rich from this, it was always about what’s good for everybody.

‘I look at the people who get involved all around the world and it’s a bit like religion, except we are not telling anybody what to believe.

‘People understand it for what it is — that it’s healthy, it’s good and it’s wholesome.’