As the Hornets and Hatters players stood arm-in-arm paying tribute to the Duke of Edinburgh, who died last week aged 99, yellow and red smoke could be seen billowing across the pitch towards the teams.

The Bedfordshire club released a tweet saying: ‘To the Watford fan who didn’t realise the yellow and red flare thrown into the ground would turn orange. 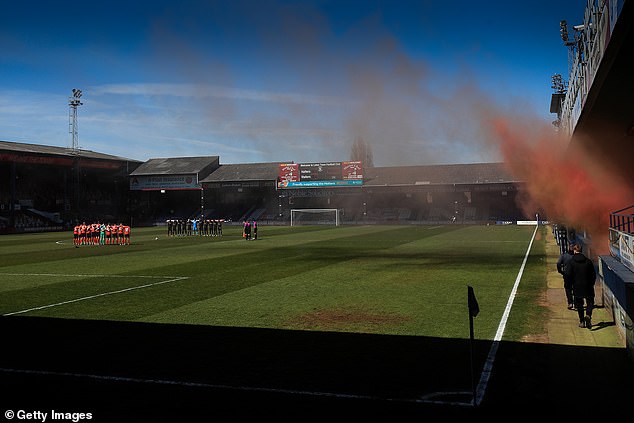 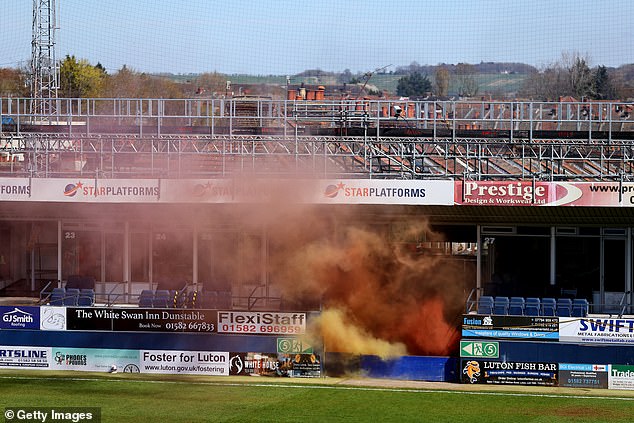 The smoke bomb was thrown into the ground from outside, according to the hosts Luton 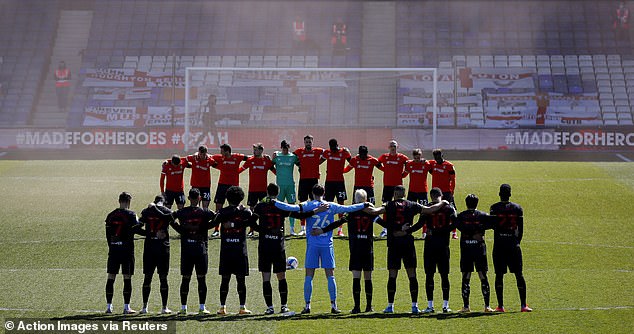 ‘You car registration plate has been passed on to the authorities. Awful timing with the minute’s silence for HRH The Prince Philip, Duke of Edinburgh, taking place.’

The smoke bomb went off by the empty stands and beside the executive boxes, and no players were near the device.

The flares, which had indeed combined to resemble the colour of Luton’s home shirts, had to be cleared away by stewards before the fixtures could get underway – at 12pm rather than their usual 3pm, to avoid clashing with the Duke’s funeral. 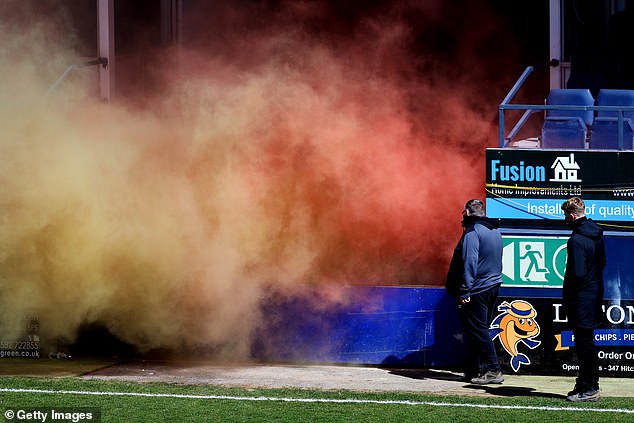 The EFL declined to comment on the incident, while both clubs have been contacted by Sportsmail.

Once play did get underway Luton ran-out surprise winners, with the 13th placed Championship side beating the provisional runners-up 1-0.

James Collins scored from the spot to seal the points, with Kiko Femenia sent-off with two minutes to play.