After a year of kids kicking their parents instead of opponents, living rooms will finally make way for leisure centres on Monday when junior taekwondo makes its long-awaited meaningful return.

‘I will feel ecstatic,’ says British Taekwondo chief executive Ian Leafe. ‘It will be a huge morale boost for anybody within taekwondo and wider martial arts because this is what people love.

‘We can get back to class-based activity, back to using equipment, back to sparring and all of the things that taekwondo is about. 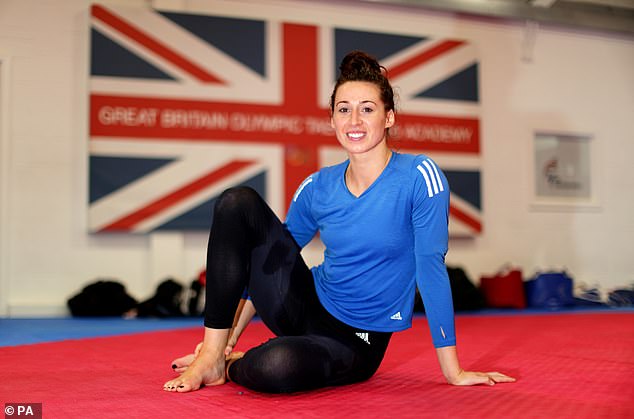 ‘People can start getting back to the clubs, seeing their friends and doing what they enjoy doing every week. It will do everybody’s physical and mental health the world of good.’

As a close contact, indoor sport the pandemic has hit taekwondo harder than most.

Even in the months when lockdown restrictions were eased, sparring was not permitted, meaning amateurs have gone more than a year without proper training or competition.

‘You can’t kick someone in the face without kicking them in the face,’ says Bianca Walkden, the three-time world taekwondo champion and Olympic bronze medallist.

‘You have to be quite close to do that and it’s also inside, which is another factor. I did a lot of online sessions for clubs and schools during lockdown and kids were kicking their couches or their mum and dad!

‘It was good to see everybody trying from home but it hasn’t been ideal. Everyone just wants to get back into the swing of things and get back to fighting and competing.’ 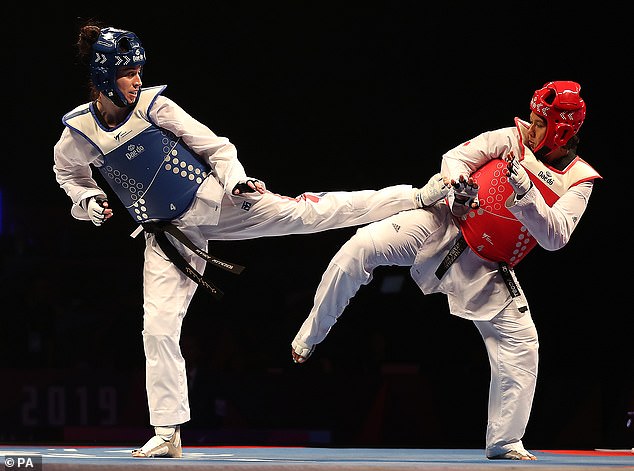 The popularity of taekwondo has grown since London 2012 when Jade Jones — Walkden’s housemate — won gold, which she repeated at Rio 2016.

At the start of last year, British Taekwondo had 18,000 members. But the pandemic has caused that number to be slashed in half, while up to 70 of 800 clubs have also not renewed their affiliation with the governing body.

‘The impact has been dramatic and quite disproportionate when you consider a lot of other sports have been able to go back in some form between the various lockdowns,’ Leafe tells Sportsmail.

‘The majority of clubs operate in social venues like schools, community halls and churches and we found that these venues were not reopening for community sport.

‘We have seen a 50 per cent reduction in our membership because if clubs aren’t operating, members are unlikely to renew. 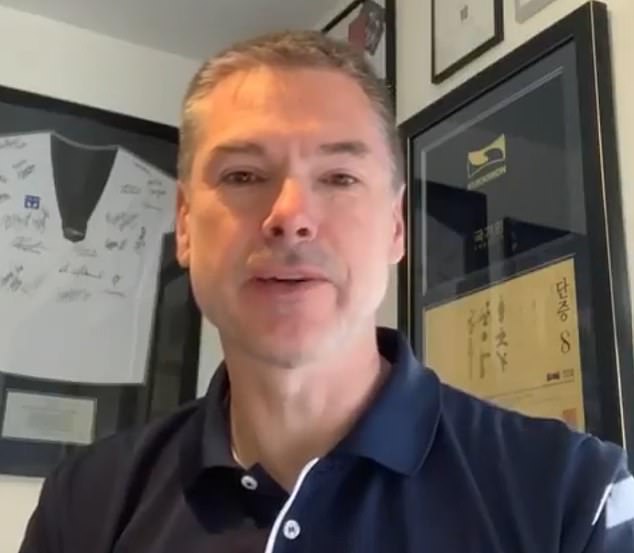 ‘The encouraging thing is that the affiliation registration of the majority of those clubs is still there. The entities still exist — albeit they are empty shells in many cases — and we’re praying that there is a significant bounce as clubs reopen.’

That day comes on Monday, when indoor sports facilities open again in the next phase of the Government’s roadmap.

Following talks with the Department of Digital, Culture, Media and Sport, sparring will also be allowed for juniors, although adults can still only train on their own or with a coach until at least May 17.

‘Our biggest message is that we are open for business and that our clubs are welcoming and safe,’ says Leafe.

‘The summer is traditionally a quieter recruitment period but if there is a silver lining to this it’s that we’ve got the Olympics and Paralympics coming up. If previous Olympics are anything to go by, taekwondo really comes to the fore and gets into the national psyche — especially if Jade manages to do the triple.’ 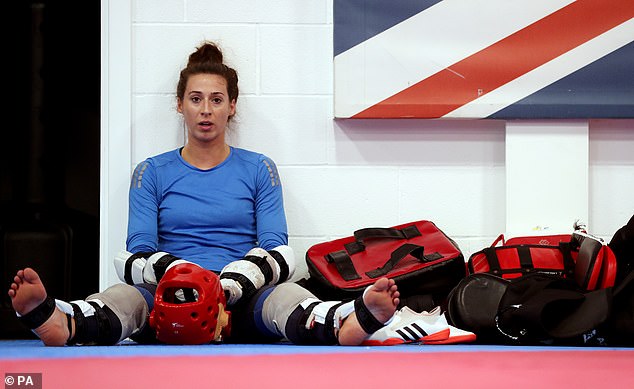 Walkden, who will be going for gold in Tokyo herself, is also urging children old and new to get involved in the sport.

‘I didn’t know what taekwondo was when I started at the age of 11,’ she adds. ‘But I remember walking into a club in Liverpool, everyone was kicking and screaming, and thought, “This is right up my street” and I’ve never looked back.

‘Some people are going to be a bit sceptical about coming back or starting but the right safety measures and guidelines are in place.

‘It’s important we get everyone back to the clubs and enjoying taekwondo again.’