First, the elements. ‘On the pitch, they draw the lines with snow,’ the former England full back smiles. Then came the comments which left him equally cold. ‘I felt like, really, I was in the wrong place,’ Armitage admits. ‘I’d never ever felt that.’

For years, Castlecroft — near Wolverhampton — was the RFU’s base for youth and schools rugby. Armitage was invited after impressing for Richmond College in the Daily Mail Schools Trophy. The best of England’s other regions were there too. 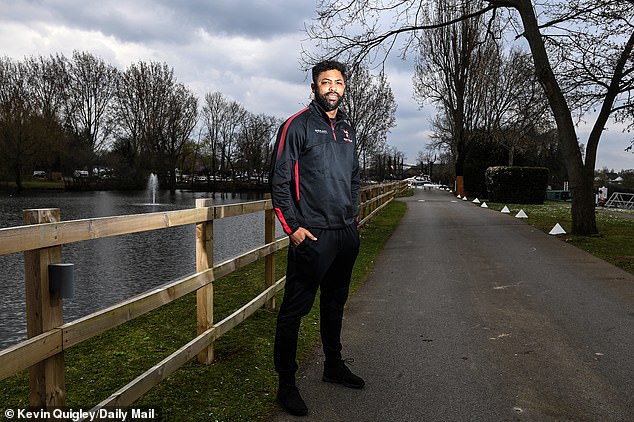 ‘Bring a gumshield, shoulder pads, boots,’ the letter read. ‘And for after the game, your school uniform.’ The snag? Richmond College didn’t wear one. So he packed jeans and a college hoodie made by his teacher.

‘Everyone was obviously wearing a school uniform and it was kind of awkward,’ he remembers. ‘Everyone was giggling and making fun.’

Those scars did not stop him winning 26 England caps but they still inform his choices. Even in retirement. Even if, these days, someone in his shoes would never face similar struggles.

‘They won’t get the chance to go, full stop,’ Armitage insists. This all helps explain why he launched the Delon Armitage Elite Academy in October. Based in Staines, Surrey, it offers coaching to boys and girls aged 11 to 18.

‘They probably don’t even know who I am,’ jokes the 37-year-old. ‘But I don’t want it to be like another Sunday session.’ So, fuelled by insight from Armitage’s 17-year career, players are drilled on tackle evasion, passing under pressure, kicking — all skills they would need to know at academy level. All taught at elite intensity. ‘Some of them think they want to make it,’ Armitage says. ‘What I’m trying to give back is: this is how it’s going to be.’

Armitage isn’t looking to nick players from clubs or development programmes. Instead he hopes to help some bridge that gap. For others, languishing in a bloated youth set-up, Armitage wants to offer proper attention. ‘The coach doesn’t know your name. I’ve seen that at a high level,’ he says. ‘It’s all about learning from what I wish I would have had. I found it quite tough coming through, because I didn’t go to public school.’

Instead, Delon’s rugby journey began at Richmond; eventually, four of his brothers would join him in the professional ranks. Delon was spotted by London Irish before leaving for France. He now lives between Staines and Irish — two clubs who straddle rugby’s social schism. ‘Kids in this area, where do they go if they don’t have clubs or go to good schools?’ he says. ‘You say, “I want to be an international player, how do I get there?” That’s where we decided this academy might help. 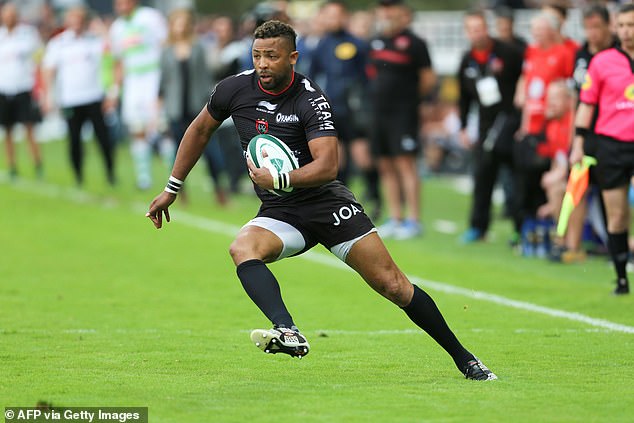 Armitage picked up rugby at Richmond College, but the game is dominated by public schools

‘I want it to be accessible. As a player who’s gone through grassroots all the way up to England, we can work together to get them these opportunities, or work on skills, or just have fun.’

Rugby has made huge efforts to remove its elitist shackles — 22 of England’s 2019 World Cup squad went to state secondary schools between 11 and 15; Ellis Genge and Kyle Sinckler have been held up as examples of this more inclusive, diverse era. ‘Two guys in how many million kids who want to play rugby, who want that opportunity? It’s brilliant that those boys are getting chances but I’m more about the other kids,’ he says. ‘I’d like to think it’s changed and that a lot more in my situation have come through. But what I’ve seen is they’ve mainly got scholarships. So the others who didn’t… I’m guessing they quit rugby. Before Covid we were losing a lot anyway.’

World Rugby statistics suggest participation in England fell by nearly 30,000 from 2016 to 2018. Scotland shed more than a quarter of its players. Armitage, who spent part of his youth in France, almost quit rugby after failing to make an academy there. ‘I don’t want them to give up,’ he says. ‘I’m not here to change the world, to make every kid get a scholarship — you can’t.’

Still, though, he hopes to do his bit. Over Easter, he resumed coaching sessions following the latest shutdown. Eventually, the academy hopes to unearth new players previously locked outside rugby’s gates. It’s an experiment Armitage saw in France, where third-tier Massy have plucked several kids from the high-rises around Paris and turned them into professionals.

For now, Armitage’s horizons are more modest. He studied for professional badges but believes the courses produced identi-coaches. Fortunately he has the perfect pet project to hone his own philosophy. ‘I do a lot with my son,’ he says. ‘I was trying to teach him how to kick and he just couldn’t get it… in the end, I said, “How would you volley the ball?” And he got it straight away. It’s just finding ways because it’s easy to go, “Oh, he’s just not good enough”.’ 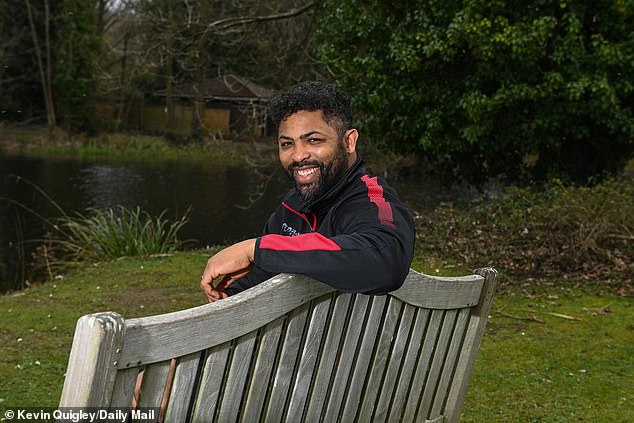 Participation fell sharply in the UK from 2016 to 2018, something Armitage wants to address

Now Cameron, 13, is a fly-half with London Irish and Harlequins. He is also a promising footballer who trains at the elite academy of Nigel James — father of Chelsea’s Reece and Manchester United star Lauren.

The kids at Armitage’s sessions also benefit from the insight of rugby’s finest minds. Mike Catt taught him a five-word philosophy that stuck (‘don’t be sorry, be better’) and Jonny Wilkinson offered nuggets on kicking. ‘To be able to give some of the stuff that he’s taught me to these kids… it’ll be brilliant.’

This week, ex-England wing Topsy Ojo and James Bailey — former England women’s sevens coach — were brought in to offer insight. Brother Steffon –— still playing in France — hopes to help out in the future, too.

‘Whether my academy does well or not, I want to see kids coming back to rugby,’ Armitage says. ‘I want them to progress, to see them on the telly in a few years’ time and say, “I’m glad I gave my time to this kid”.’