The thousands of savers who entrusted almost £120million of their money to Wellesley Finance could hardly fail to have been impressed by the lineage of its founder, the 8th Earl Cowley, an aristocrat descended from the Duke of Wellington’s brother.

But while Graham Wellesley has his illustrious name and his wealth, some of the investors who flocked to him are facing heavy losses they can ill afford.

Savers have been told their entire holdings could be wiped out if they refuse to back a rescue deal for the firm, in a crisis that has pitted Wellesley, 55, against almost 12,000 small investors.

Taste for the high life: Graham Wellesley, the 8th Earl Cowley, with his wife Claire at the races

The aristocrat founded the company in 2013 and lured savers with promises of extremely attractive rates on their money.

The company ran adverts on TV where viewers were told: ‘If you are not getting much interest on your savings, try the Wellesley way’ and touted returns much higher than those available in the banks or building societies.

In the small print it did admit that capital was at risk and that customers were not covered by the financial services scheme.

The firm took in money from savers and then lent the cash to property developers. It promised the savers rewards of 4, 6 or even 8 per cent depending on how long they tied up their money.

But after many of the building projects stalled during the pandemic, developers became unable to repay the money they had borrowed from Wellesley.

In turn, that meant Wellesley could not pay savers the sums they expected. Now the company is on the brink and those who took the bait are facing hefty losses.

Savers are preparing to vote on a Company Voluntary Arrangement, or CVA, an insolvency arrangement which will save the company from going into administration.

After being sent the details last week, they have until midnight on October 13 to decide whether to offer their support. 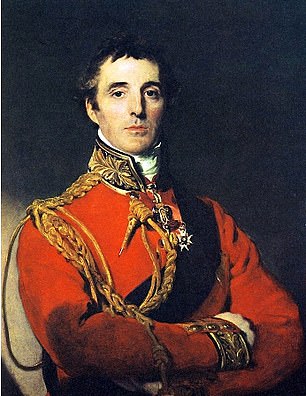 Statesman: The first Duke of Wellington

If they do not back the deal they will get nothing, Wellesley’s advisers have warned.

But even if they do, they still stand to lose – in some cases they will forfeit the lion’s share of their savings.

Wellesley Finance has collected £571million from investors since it was founded in 2013, but has only repaid £458million of their capital and £39.6million of interest.

It still owed the 11,882 holders of its bonds, mini-bonds and peer-to-peer loans around £118million at the time it hit the buffers.

The collapse will be embarrassing for Wellesley, the chief executive. Born in San Francisco, he and his wife Claire have three children.

His social media accounts suggest he has a taste for the high life, with posts documenting his alpine ski trips and boar hunting escapades.

He founded the firm after beginning his career in the City in 1985 as a derivatives trader, where he attempted to use his other title, Viscount Dangan.

He reverted to Graham Wellesley after complaining that fellow traders called him ‘Lord Dagenham’ after the town in Essex.

Wellesley informed its customers earlier this month that their interest payments are being frozen. It has drafted in restructuring specialists Duff & Phelps to draw up the CVA. Duff & Phelps is expected to claim fees of £150,000 for its services.

CVAs are controversial because they involve creditors agreeing to receive only a fraction of what they are owed in order to keep the company going.

Under the CVA, investors have the option of receiving a hugely reduced amount of their money if they choose to take cash, or slightly more if they opt to take a stake in Wellesley.

Both of these options involve investors having faith in Graham Wellesley to turn his company’s performance around.

One saver who wanted to remain anonymous told the Mail that he ‘wouldn’t dream’ of having anything to do with the firm now. He invested £100,000 in a mini-bond in 2016 which was supposed to yield 4.3 per cent. 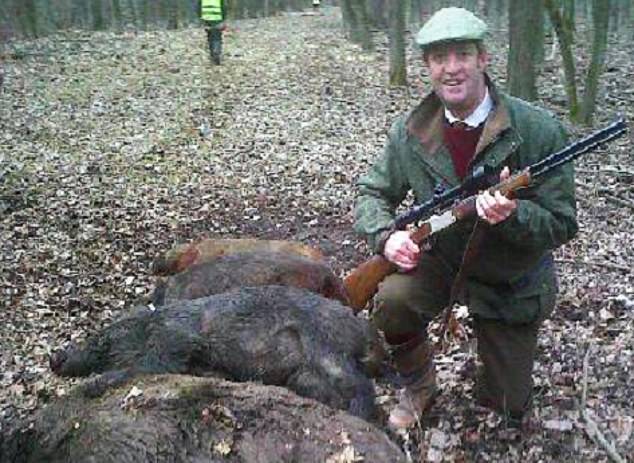 Hot shot: Graham Wellesley on a wild boar hunting escapade. The firm took in money from savers and then lent the cash to property developers.

But when the bond came to maturity two years later, he was told that savers would not receive their full capital amount back because one of the borrowers had fallen into difficulty.

‘It made me very uneasy,’ the investor said. ‘I wouldn’t dream of investing in them now – the investment didn’t realise nearly as much as it should. I hoped that Wellesley would do all the things it promised but it’s fallen far short.’

Details of the CVA sent out to savers show that anyone who invested in mini-bonds which were not secured against property stands to lose everything if Wellesley goes into administration.

Those who invested in secured mini-bonds will get 77p for every £1 they were owed if the company collapses.

Those who invested through its peer-to-peer lending platform will get 44p and full bond holders will get 66p.

If they accept Wellesley’s CVA, investors will get a slightly better deal. The unsecured mini-bond holders will get 1p in every £1. If they choose to take an equity stake in Wellesley instead of their cash, they will get 25p for every pound.

Secured mini-bondholders will get 84p cash for every pound if they accept the CVA, or 89p if they take an equity stake.

And the peer-to-peer lenders will get 48p in cash under the CVA, while bondholders will get 71p. They do not have the option of taking an equity stake.

Graham Wellesley said: ‘I want to express how sorry we are that we have had to take these measures as it impacts all our loyal investors.’