Valentina Shevchenko recently reacted to Jake Paul’s knockout of Ben Askren at the Triller Fight Club event on April 17th. The UFC flyweight champion appeared confused about the hype surrounding the event and said that she wasn’t even sure who Jake Paul was.

When asked about her thoughts on the boxing match between the Youtuber and the former UFC fighter, Valentina Shevchenko told James Lynch:

“No. I didn’t watch. I ah… I don’t know, everybody was speaking about Jake Paul, about all these things like Ben Askren. But I didn’t figure it out. What is that? What is this thing yet? Who are they? I mean Jake Paul (laughs). I definitely know who Ben Askren is.” 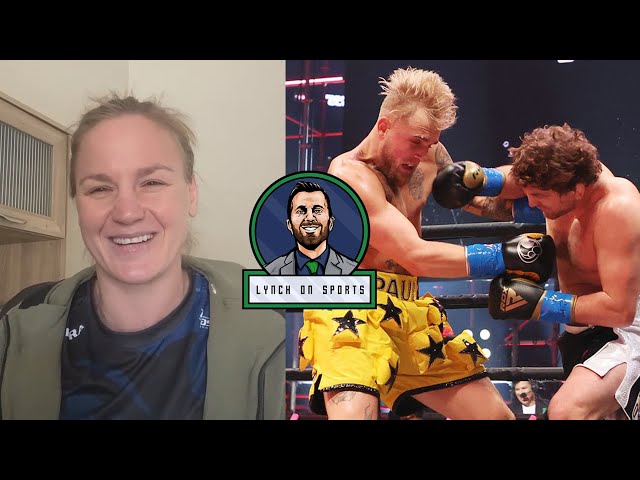 The Bullet also seemed puzzled about the trend of celebrity boxing matches in general and the hype associated with them. Dismissing Jake Paul’s social media banter as too inconsequential, Valentina Shevchenko stated:

“I heard. I saw the result but this whole conflict thing, why is he like trying to provoke everyone? So I didn’t like it… I am not into these things. I don’t even know what’s happening there.”

Jake Paul recently faced former Bellator and ONE champion Ben Askren in an eight-round boxing match. Contrary to the expectations of many, Askren did not last two minutes as he was caught by a hard right hand from Paul in an early exchange.

In a controversial decision, referee Brian Stutts called a stop to the contest at 1:59 of the opening round, declaring Jake Paul the winner via TKO.

Shevchenko has now defeated the first, second, fourth, and eighth-ranked contenders in her division. She has also beaten the second-ranked strawweight in the world, Joanna Jedrzejczyk.

At this point, the only logical fight for her would be to run it back for a third time against the UFC bantamweight and featherweight champion Amanda Nunes.