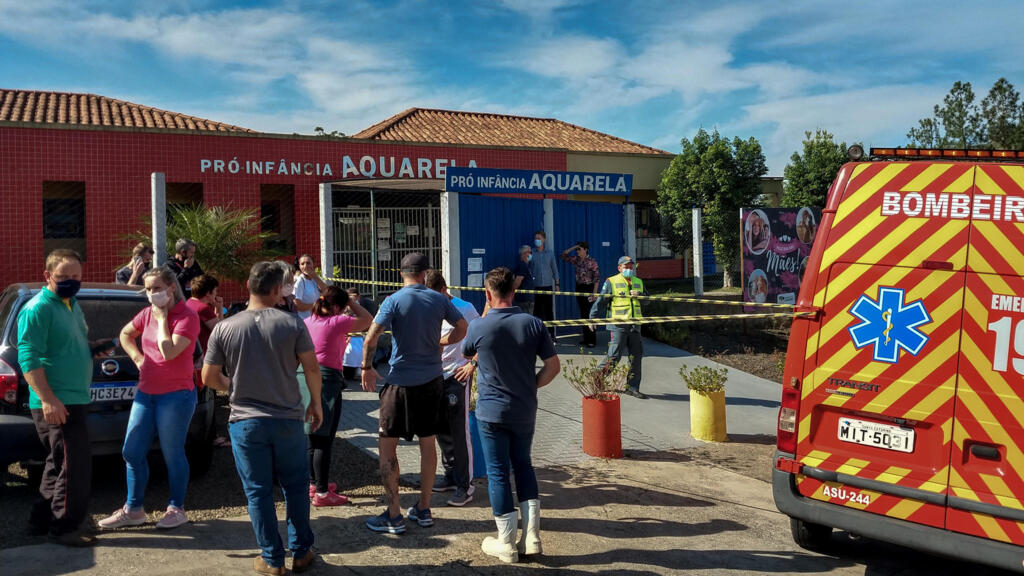 An 18-year-old attacker armed with a samurai-style sword burst into a daycare centre in Brazil Tuesday and killed three children and two staff, local police said, leaving the small southern town in shock.

The attacker then turned his weapon on himself, gashing his own neck, abdomen and torso, said authorities in Saudades, a town of 10,000 people in Santa Catarina state.

“He was taken to the hospital in critical condition,” police said in a statement.

Officials did not indicate a motive for the gruesome attack and said the assailant had no criminal record.

Employee Aline Biazebetti, who was at her home near the daycare center, described the horror of realising what was happening inside.

“I heard screams, cries for help. I told my father, ‘Something’s going on at the daycare.’ I went outside and saw my colleagues calling for help: ‘Please, call the police, an armed guy came in and is killing the children,'” said Biazebetti, 27.

“I managed to call the police. They came out with an injured child, so my father got the car and we took him to the hospital.”

The children’s ages were not released. Local media reported that the center was for children aged six months to two years.

A fourth child suffered light wounds, police chief Jeronimo Marcal Ferreira told journalists outside the daycare, where police and emergency workers had cordoned off the area.

A policeman described the attacker’s weapon as “samurai-style,” and displayed it to the press: a long knife or short sword wrapped in yellow plastic and sealed in an evidence bag.

The last deadly school attack in Brazil was in March 2019, when two former students shot eight people dead before killing themselves at a high school in the southeastern town of Suzano, near Sao Paulo.