Sam Simmonds is the perfect No 8 to take on South Africa this summer, says Lions legend Tom Croft after England outcast emerges as shock option for head coach Warren Gatland

By Chris Foy for the Daily Mail

Sam Simmonds has been backed to earn a place in the Lions squad and thrive in South Africa by another turbo-charged English back-rower, who made his name on the last tour there in 2009.

Tom Croft was still establishing himself at Test level when he was handed a late call-up by Sir Ian McGeechan and went on to be one of the stand-out performers in an epic series against the world champion Springboks 12 years ago.

The former Leicester flanker believes that Exeter No 8 Simmonds can prove that there is a place for his explosive pace and athleticism among so many giant international forwards — this summer with the Lions and beyond that with England. 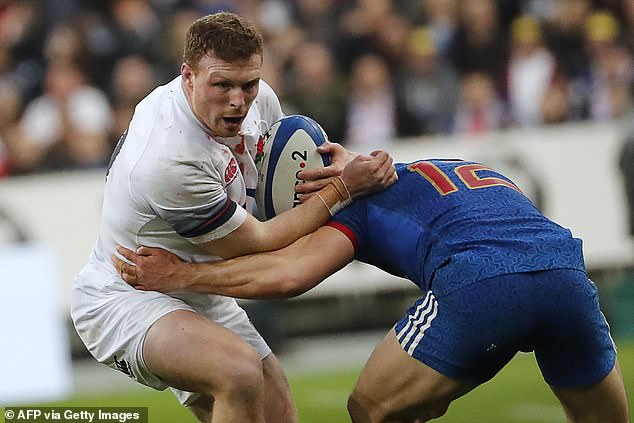 ‘Sam Simmonds is the perfect person to go on this tour,’ said Croft. ‘He is the undisputed in-form No 8 in the Premiership. He’s not got much international experience so that means there’s not much pressure on him — he can go out and just do his thing. I’d love to see him out there.’

Croft worked with Lions head coach Warren Gatland on the 2009 and 2013 tours. Asked if the Kiwi, who spent more than a decade in charge of Wales, might be inclined to pick Simmonds even though the 26-year-old has not been playing for England, he added: ‘You could see Gatland selecting Simmonds potentially to prove a point — he loves to stir the pot a little bit!

‘I think if Gatland chooses Simmonds, he will go well out there. I can see him going on the tour and proving to himself that he is international class, but also showing the world and Eddie Jones too. This could be the springboard that helps him win a place in the England squad.

‘He’s a joy to watch. If I’m watching Exeter and you see a white shirt breaking, I check to see what’s around their legs in terms of taping, before you can see the number on the shirt. You see taping and think, “That’s a back row. It’s Simmonds. He’s doing it again”. Against Bristol, he was standing in the three- quarters and made a break and pass which led to a try.’ 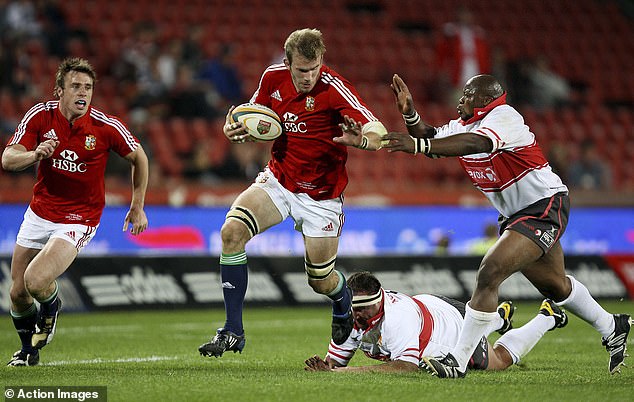 As excitement builds ahead of the Lions squad announcement Thursday lunchtime, Croft recalled how he was initially overlooked in 2009, which could serve as a cautionary tale for Simmonds who has been the subject of a clamour from public and pundits alike.

‘It is the only time in my career when I got caught up in media hype because I’d been tipped to be selected for the Lions for two or three months,’ he said. ‘I got set in my mind that I was going to go on the tour, then the announcement was made and I wasn’t in. I was gutted.’

Meanwhile, England will face the USA at Twickenham on July 3 after plans for a tour of North America were abandoned because of Covid. Officials hope that Government clearance will allow a crowd of 41,000, 50 per cent of capacity.

Eddie Jones’s side are also due to take on Canada but that fixture remains unconfirmed.