By Ben Nagle for MailOnline

Romain Grosjean will make a sensational return to Formula One exactly seven months on from the horror crash that nearly killed him, after being given the opportunity to test for Mercedes at the French Grand Prix.

The 35-year-old last stepped inside an F1 car back in November for the Bahrain Grand Prix, but it ended with a 140mph smash that split his car in half and the Frenchman was lucky to walk away with his life.

In the days after the crash, Grosjean was adamant that he didn’t want his final act in F1 to be the crash, and Mercedes boss Toto Wolff made the promise of a test session with his world-champion Mercedes team. 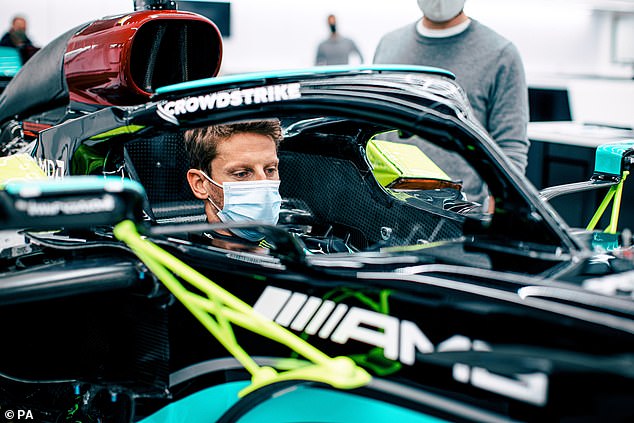 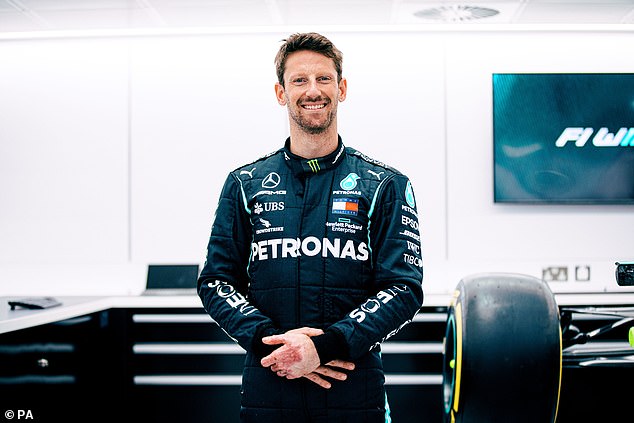 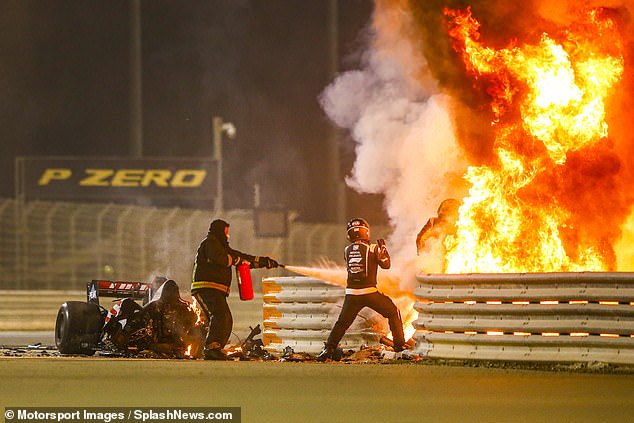 And now Wolff has made good on that promise, signing Grosjean up for a one-off test at the end of June, at the ex-Haas driver’s home Grand Prix in France.

Grosjean will drive Lewis Hamilton’s 2019 championship-winning W10 in a full-day test at Circuit Paul Ricard on June 29 – seven months to the day from his crash in Bahrain.

Two days prior to that, he will also pilot the car for a series of demonstration laps around the same track, ahead of the French Grand Prix.

Grosjean, who completed a seat fit and simulator session at Mercedes’ factory in Brackley at the end of March, said of the news: ‘I am so excited to jump back in an F1 car! 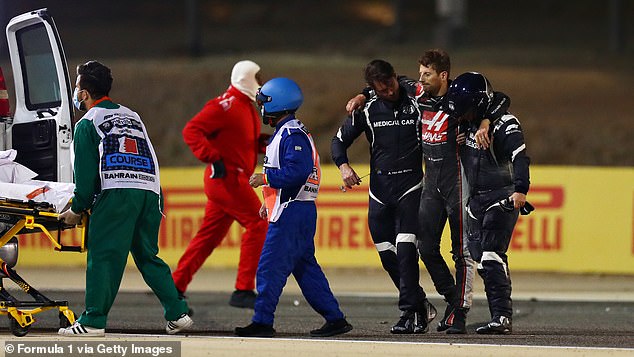 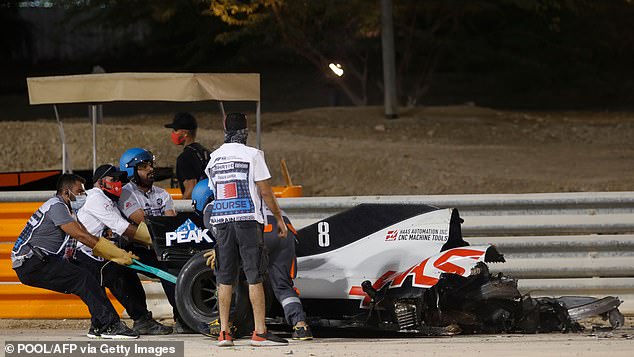 Stewards recover Grosjean’s car in Bahrain, which was split in half by the horror crash 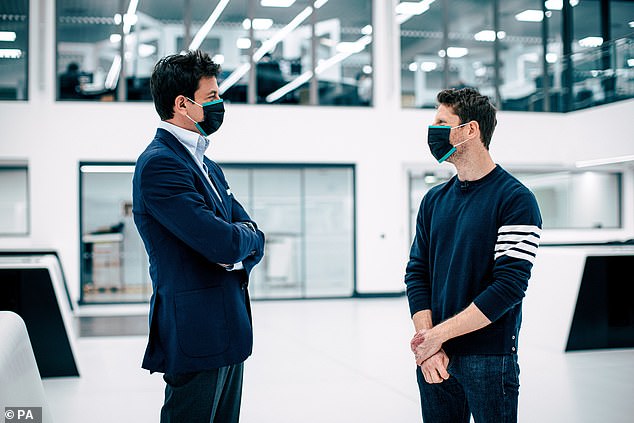 ‘It will be a special opportunity for me and to drive a world championship-winning Mercedes will be a unique experience.

‘I’m very grateful to Mercedes F1 and to Toto for the opportunity. The first I heard about the chance to drive a Mercedes was in my hospital bed in Bahrain when Toto was speaking to the media and made the invitation. Reading that news cheered me up a lot!

‘F1 didn’t get the chance to race in France during 2020 because of Covid, so driving a Mercedes at the French Grand Prix in 2021 and then completing a test at the Circuit Paul Ricard, my home track, will be so special. I can’t wait for the day to arrive.’

Before November’s crash, Grosjean’s departure from Haas at the end of 2020 had been announced, but he would still have had two races at the end of the calendar, with Sakhir and Abu Dhabi still to come. 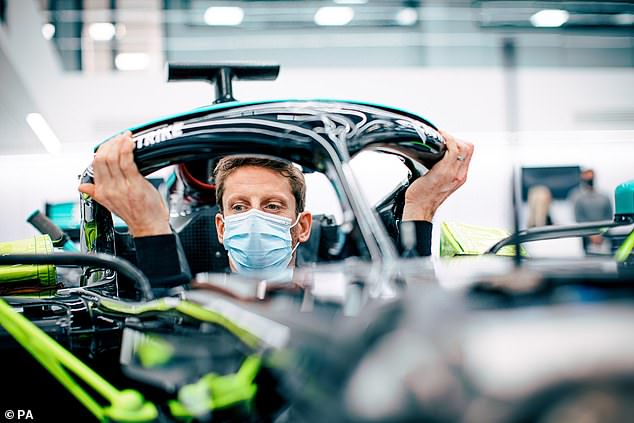 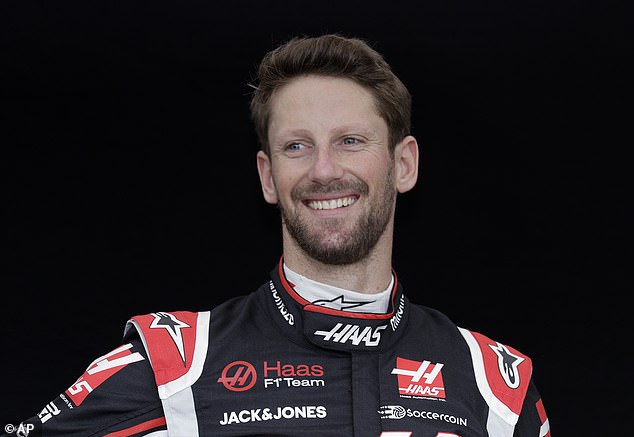 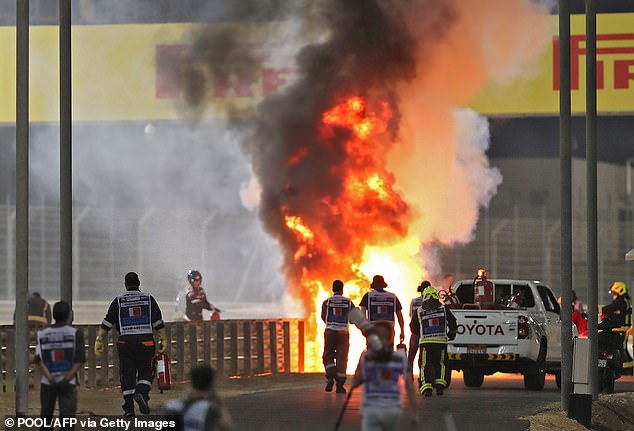 Stewards race to try and save the Frenchman from the flames on November 29, 2020

The crash ended his season, and therefore his F1 career, early – leaving the Frenchman disappointed that his final moments in the car were clambering out of a fireball to safety.

His car penetrated a metal barrier, split in two and erupted in flames before he made a miraculous escape, leaving viewers stunned to see him emerge from the flames and walk away.

In the months since his recovery, Grosjean has announced a move to IndyCar, but insisted he would  not race on the more dangerous ovals for the sake of his family after last year’s crash.

The ex-Haas driver will compete for Dale Coyne Racing in 13 road and street races on the US-based series’ 17-round schedule. 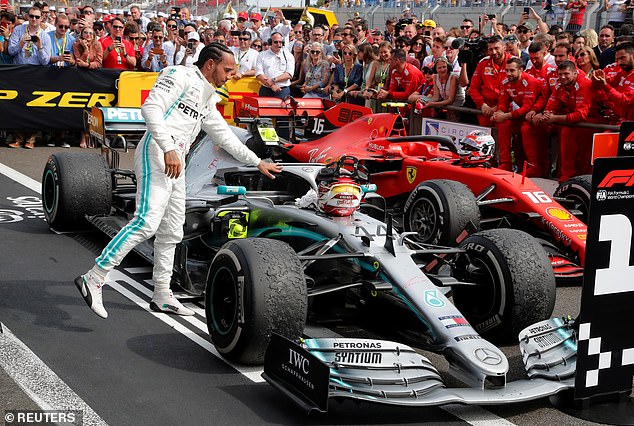 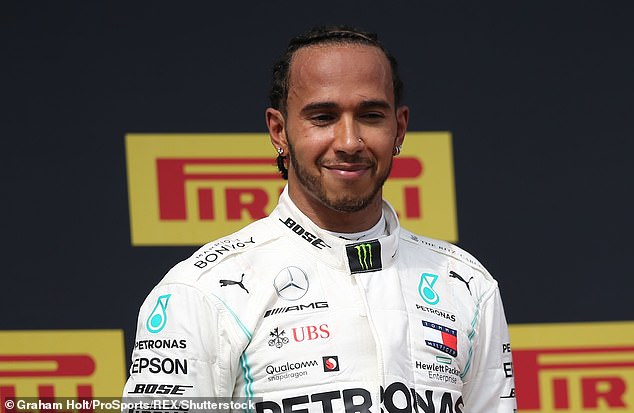 Hamilton won his sixth world title in the 2019 car, which Grosjean will drive at the end of June