By Mark Wilson For The Scottish Daily Mail

Striker Fashion Sakala admits working with Steven Gerrard at Rangers will be a dream opportunity in his career.

The Zambian international will move to the Premiership champions on a four-year deal this summer – subject to a work permit – after a pre-contract agreement was confirmed on Tuesday.

Sakala has enjoyed an impressive season with Belgian side KV Oostende, scoring 13 times in the Juliper Pro League to help the club into Europa League contention. 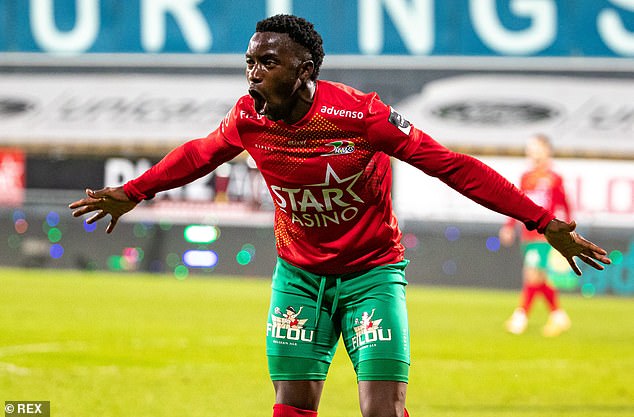 The 24-year-old had options in France and England as he weighed up his next move, but said he couldn’t turn down the chance to join Gerrard at Ibrox.

‘It’s such a big thing and maybe that opportunity comes once in life,’ said Sakala. ‘From the first time he called me, I was excited and it is like a dream come true.

‘Looking at my background, I can’t believe I am going to work with Steven Gerrard.

‘But I am looking forward to starting and I am 100 per cent willing to work with him and bring a lot of what he wants to the game. 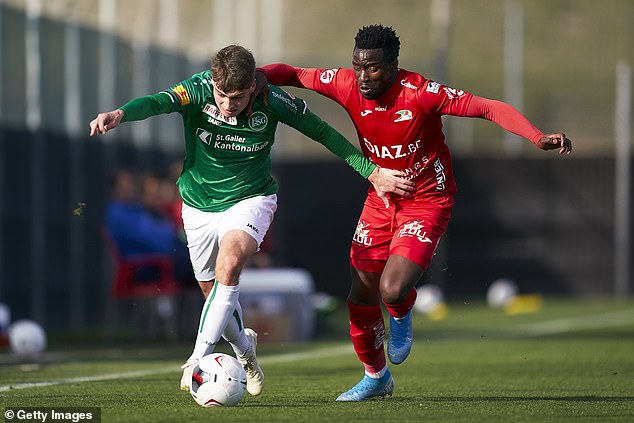 ‘Rangers are one of the greatest clubs in the world. They have a great fanbase and a great history, and I believe we will share great memories together.

‘In my role as a striker, I know what the club needs from me and what the fans expect.’

Targeted to bring more power and pace to Gerrard’s forward line, Sakala also continues a trend of Rangers looking towards Belgium for players.

Last year, Ianis Hagi made a £3million move from Genk before Kemar Roofe was added for £3.5m.

‘They are they fantastic, very good players, and I know I will learn a lot from them,’ Sakala told Rangers TV.

Gerrard believes Sakala can play an important role as Rangers look to reach the Champions League group stage for the first time since 2010. 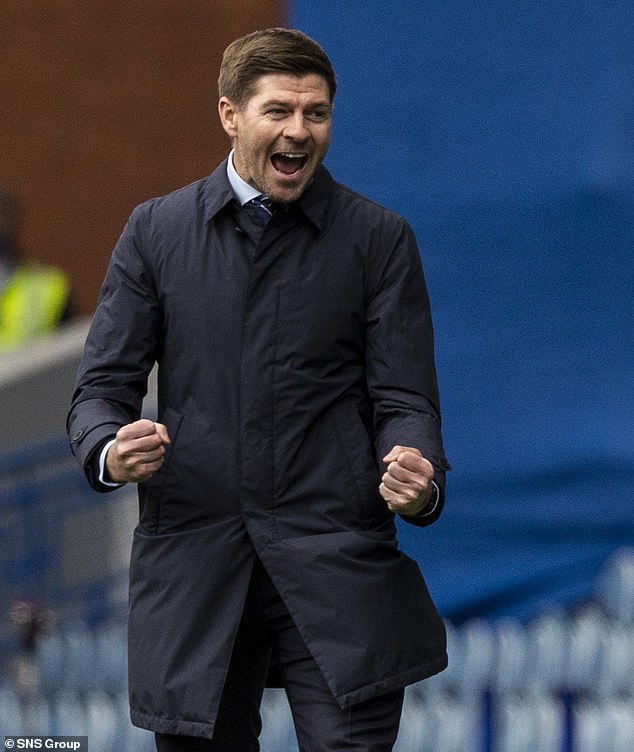 ‘Fashion is a player we have been aware of for some time,’ said the Ibrox boss.

‘He fits our profile and has the attributes to not only thrive in Scotland but on the European stage as well. We are excited to see him fulfil his potential under the coaching staff at Auchenhowie.’

Gerrard also revealed talks had been opened with Jermain Defoe over the next step for the 38-year-old striker.

Defoe, whose contract expires this summer, came off the bench to score the final goal in last Sunday’s 4-1 win over Celtic and has spoken of his wish to play on for another season.

‘It goes without saying Jermain Defoe is someone I have the ultimate respect and admiration for,’ said Gerrard.

‘He’s been a wonderful player. He’s had a wonderful career. To get him up here in the first place was something I was keen to do, because I knew he would help the group in the way he goes about his business. He’s a top professional.

‘We’re in talks with Jermain at the moment about what’s next for Jermain. But we want to be really respectful, we want to give him the time to make his own decisions.

‘I don’t think it’s right for me to divulge right now what’s been said from my point of view and from his. But we’ll certainly respect Jermain in terms of his own decisions moving forward.’