Mohammed Usman believes a fight between his older brother, UFC welterweight champion Kamaru Usman, and Conor McGregor would be disastrous for the Irishman.

While speaking to journalists at the PFL 3 pre-fight virtual media day, Mohammed Usman was asked to share his opinion on a potential clash between Kamaru Usman and Conor McGregor. The pair have been in social media altercations over the past few months, giving rise to discussions about how a potential fight between the two might play out. The younger Usman sibling predicted that Kamaru would destroy Conor McGregor with his wrestling and size advantage. Mohammed Usman said:

“My brother would demolish him, as simple as that… My brother is already big for that weight class anyway. So this guy just wants to come up there and test the waters. Like he says, it would be a red panty night. So we’ll love that, you know. But my brother will destroy him in that aspect of (fighting). That’s his division,” Mohammed Usman said. 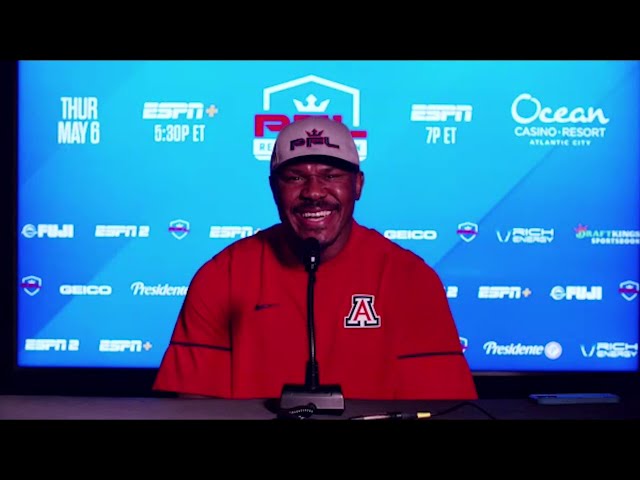 Mohammed Usman (7-1 MMA) is slated to make his PFL debut against Brandon Sayles (5-1 MMA) on the undercard of PFL 3 headlined by Fabricio Werdum vs Renan Ferreira. Mohammed was an aspiring NFL player who made the switch to MMA after watching his brother Kamaru Usman’s success in the sport.

Ever since his coronation as the two-division champion at UFC 205, Conor McGregor has spoken about his desire to become the first three-division champion in UFC history. McGregor’s cross-over fight with boxing great Floyd Mayweather, subsequent career trajectory and activity level have kept him away from title aspirations for a long time.

The Irishman openly hinted at wanting to fight Kamaru Usman following the latter’s TKO win over Colby Covington at UFC 245. Usman’s manager offered McGregor a welterweight title fight in 2020 but failed to draw any reaction from him. However, things changed after Kamaru Usman’s knockout win over Jorge Masvidal at UFC 261. A sarcastic tweet from Conor McGregor drew Kamaru Usman into a war of words for the first time.

Except when I touch you at 170, they go out. They don’t even go out at 155 anymore for you. I finish people. You get finished. https://t.co/URd8wTHvyZ

Although Kamaru Usman vs Conor McGregor is a lucrative option, the fight does not seem to be a favorable matchup for the Irishman considering the stage of his career that he is at. From a one-dimensional wrestling-heavy fighter to a well-rounded finisher, Kamaru Usman has come a long way and the odds in a super-fight between the two seem to be heavily favoring the Nigerian nightmare.