By Martin Samuel for the Daily Mail

The two goals from Riyad Mahrez, that is what the record books will show. But the two blocks – they were the key to a remarkable night in the history of Manchester City.

Oleksandr Zinchenko from Neymar, Ruben Dias from Ander Herrera. Would they have been goals? Who can say for certain? But they encapsulated the determination that has taken Manchester City to their first Champions League final, and their first European final of any kind since winning the European Cup-Winners Cup against Gornik Zabrze of Poland in 1970. That, in itself, is history. The longest gap of any club between UEFA finals – City’s 51 years beating the 41 that separated Sporting Lisbon’s 1964 Cup-Winners Cup from their 2005 UEFA Cup.

City are also the first English club to win seven consecutive games in Champions League or European Cup competition – and no team does that on skill alone. There is resilience here, a defensive defiance that faced down Paris St Germain until, after the second goal, they lost their heads again. 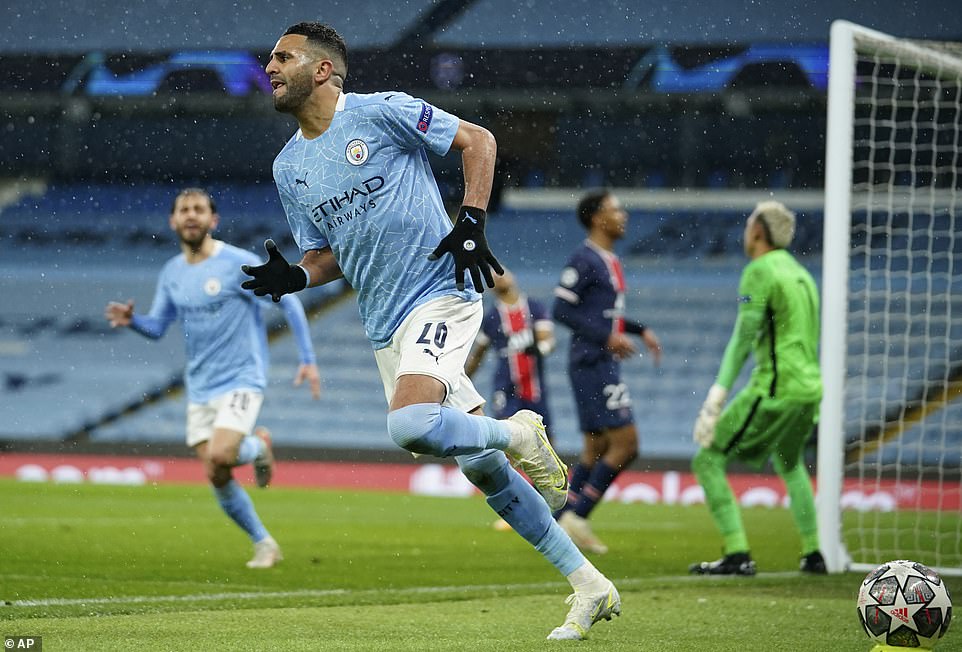 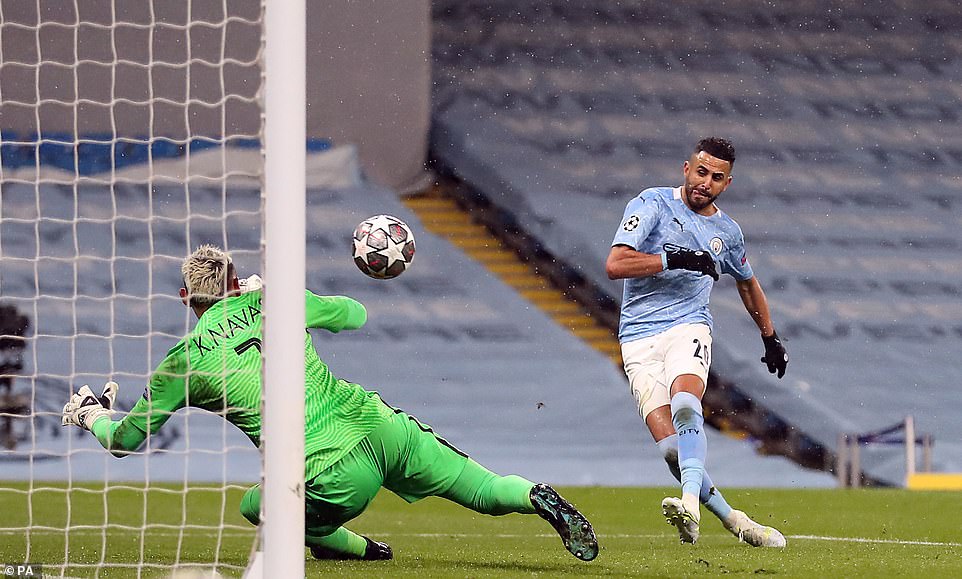 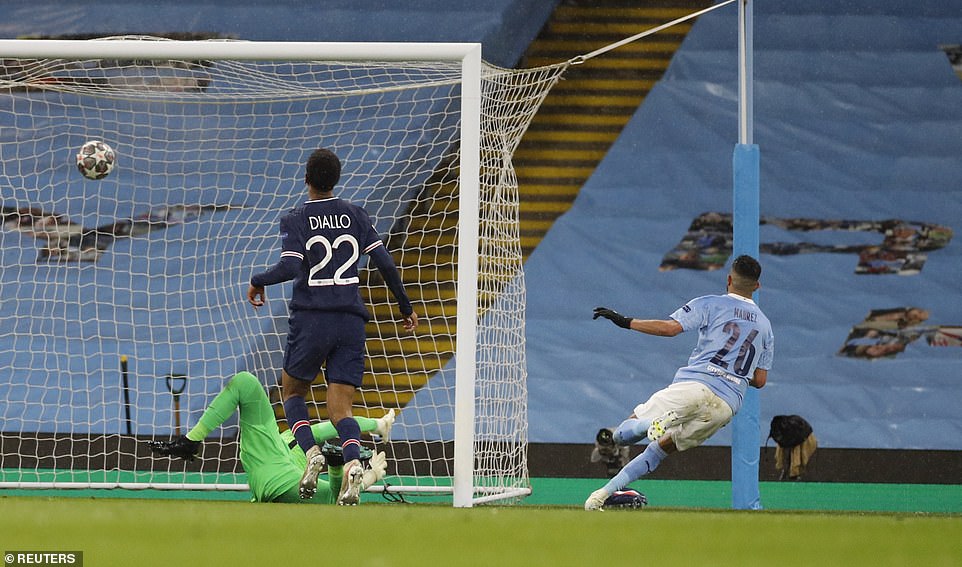 Angel Di Maria was shown a straight red card by the exasperated referee Bjorn Kuipers of Holland, having stamped on Fernandinho while collecting the ball for a throw-in. Mauricio Pochettino tried to restrain his man, but ended up arguing with officials himself. PSG then spent the rest of the game trying to kick City’s players out of the final or rile them sufficiently to warrant a ban. Fortunately none succumbed, although Zinchenko got foolishly involved after Marco Verratti fouled Phil Foden. It would have been sweeter revenge soon after had Foden scored when through one on one but he hit the far post.

Mahrez was again the goalscoring hero of the night after his match-winning turn in Paris and his second confirmed City’s presence in Istanbul. It was a sublime move – a break down the left by Foden, a pass inside to Kevin De Bruyne, returned and then crossed for Mahrez to execute at the far post. There was a huge celebration by the corner flag – but celebrations, too, followed those second-half blocks. City’s players know the importance of their defensive record in Europe, the importance of putting a body on the line in conditions that were comically freezing for Manchester in May.

A pre-match hailstorm left the pitch covered in white and made the ball’s progress unpredictable. A few players – good ones – were caught out – but City were worth their win. Pep Guardiola talked of having the champagne on ice for the title celebrations – there was plenty of ice about last night, too, but these celebrations will have to wait. 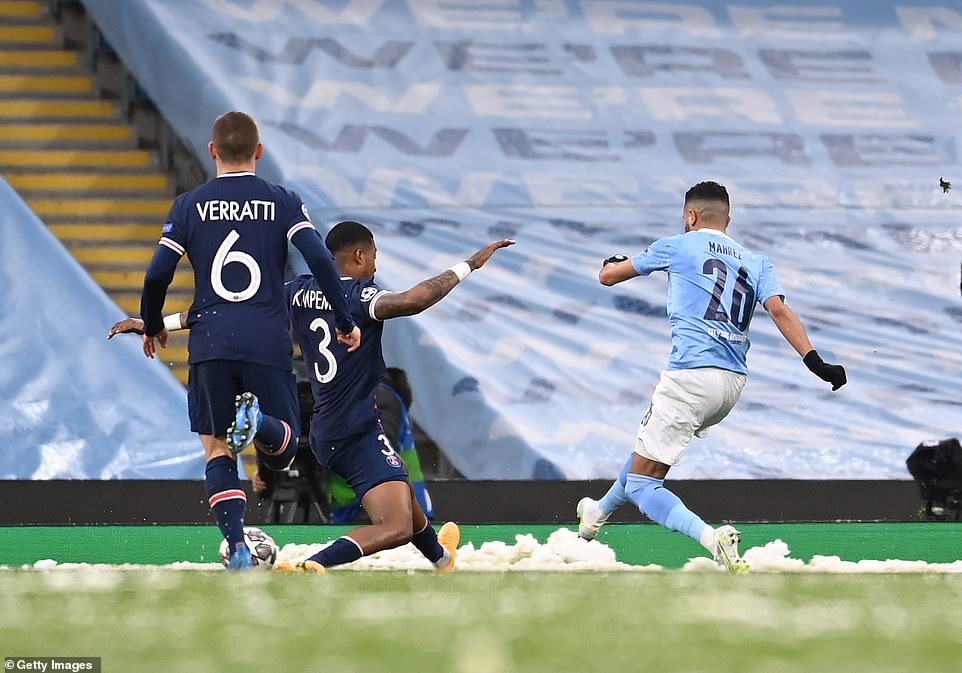 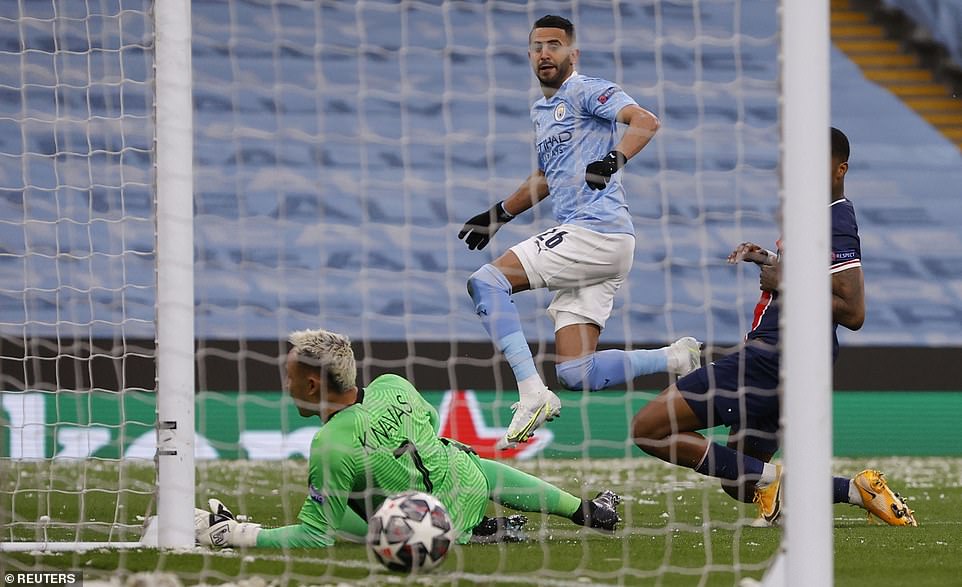 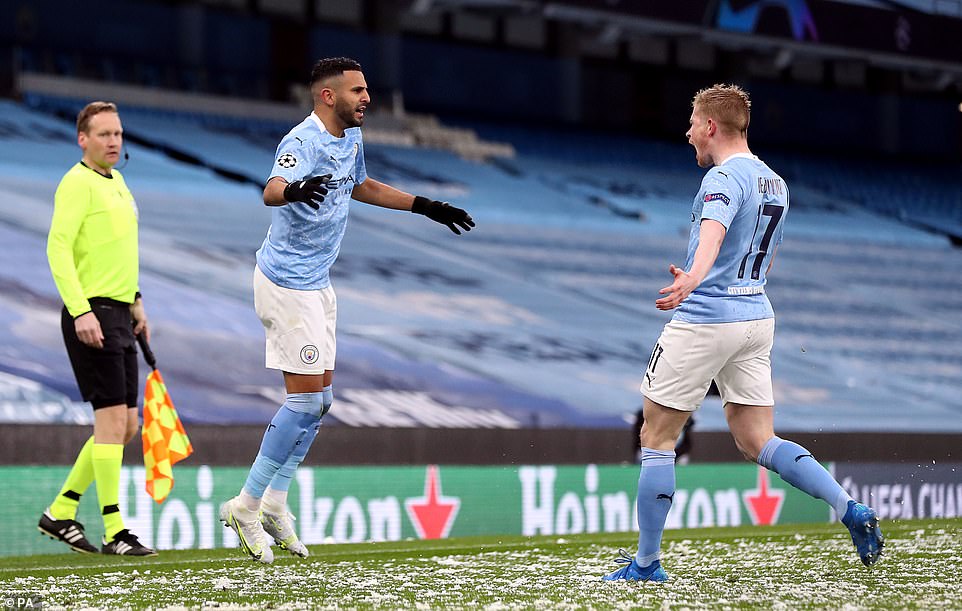 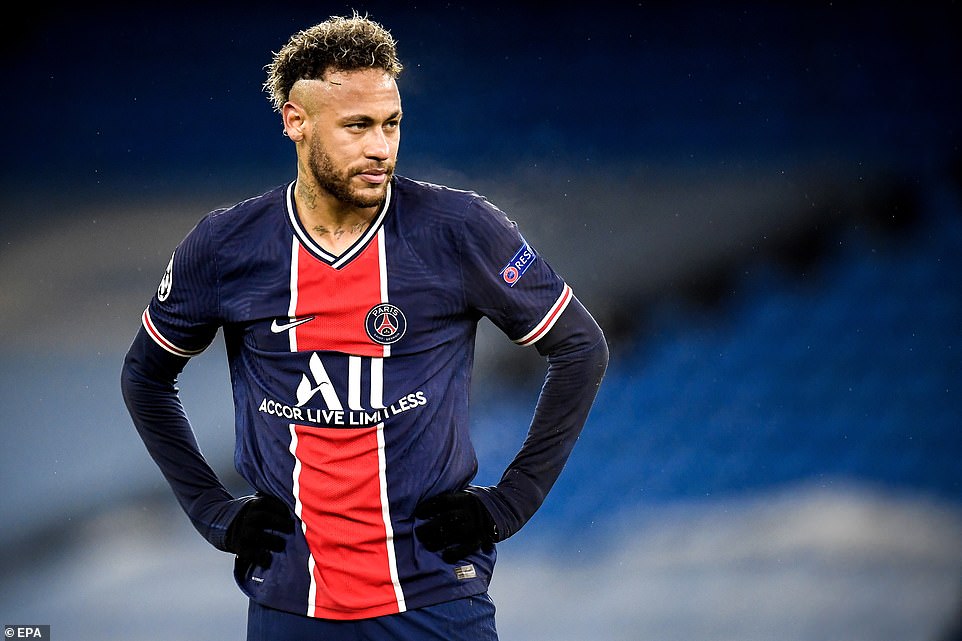