UFC Vegas 26 lost a number of fights in the lead-up to the event, including the scrap between Diego Sanchez and UFC veteran Donald Cerrone.

Sanchez was pulled out of the fight and subsequently released from the UFC following multiple bizarre narratives surrounding his head coach, Joshua Fabia. Videos surfaced of Fabia confronting the UFC commentary team during the fighter meetings, demanding more respect from them.

The self-professed ‘guru’ reportedly requested that the UFC hand over Sanchez’s health records from the past 16 years, which prompted concern from the UFC for the wellbeing of Sanchez. Fabia refused to reveal whether Sanchez was medically unfit or not, thus leading to Sanchez’s release.

Speaking on ESPN MMA’s DC & Helwani Show, Ariel Helwani revealed that Fabia had previously threatened him following an interview between the two. Helwani stated the following:

“There is something very weird going on here. I think everyone can admit that. I’ve gotta be honest with you… I don’t even wanna say his name. This guy, the last time I had him on the show, no joke, thirty straight text messages afterwards. And let me tell you, bizarre freaking text messages. Threatening text messages.”

Whilst Helwani and Cormier initially disputed whether it was even right to discuss Fabia on the ESPN platform, not wanting to increase his exposure, they eventually decided it was worth it to let the world know of some of Fabia’s misdeeds. DC revealed that Fabia had also messaged him through Sanchez’s social media:

“The guy starts to become so important, he wants to be such a massive part of whats going on, that he imparts himself in ways that he should not be involved.”

“You can tell it’s this guy and not Diego. After the fight, Diego’s like direct messaging me on Instagram. And I’m like this isn’t Diego, it’s not him. Because Diego’s always been a sweetheart.”

Cormier further went into detail about how he believed Sanchez was being manipulated by Fabia. He stated the following:

“When the wrong person, gets a hold of a person that has that kind of followers mentality. A little bit not as strong willed. They can really take you down the path. And I feel like that’s exactly what’s happening to Diego right now. This guy’s a bad guy, man, I’m telling you.” 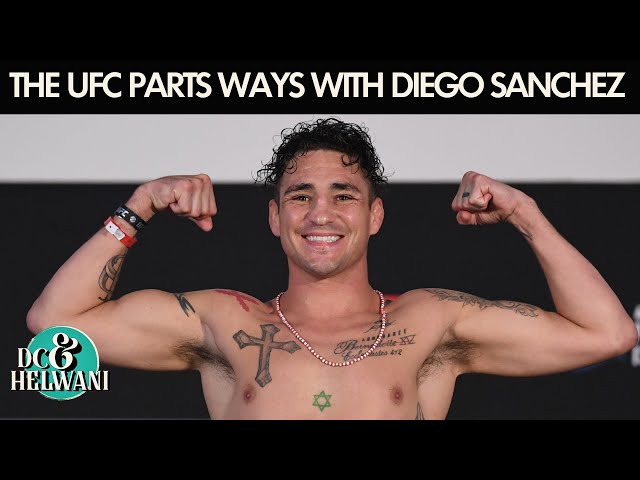