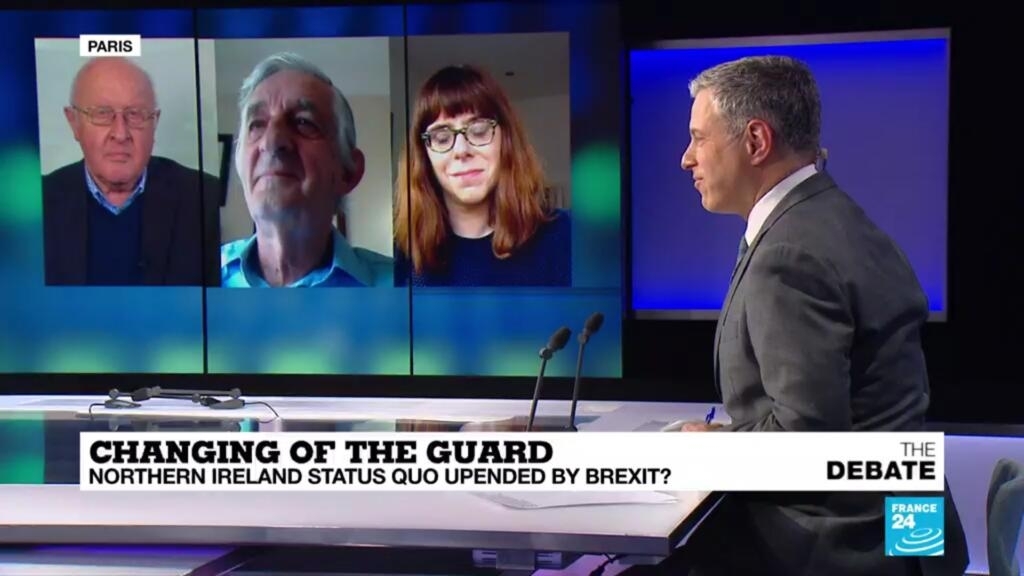 Which way do the political winds blow in Northern Ireland? The centennial of the decision to remain in the United Kingdom has been overshadowed by the infighting within the Democratic Unionist Party of the now outgoing First Minister Arlene Foster, pushed out by her own rank and file. We ask if that signals a further tack to the right for the Christian fundamentalist, pro-Brexit DUP, which opposed Theresa May’s trade deal but with Boris Johnson now finds itself with a border in the Irish Sea.

Brexit’s unintended consequences include a spike in sectarian tension with recently the worst rioting in years. More than two decades after the Good Friday Agreement, why is there still sectarian tension and for that matter, some of Europe’s worst poverty on both sides of the divide?

But there is also strong evidence against a return to a state of near civil war known as The Troubles: a solid 56 percent of Northern Irish voters opted to remain in the EU. That means Unionists and Republicans found themselves on the same side. Is their cause best served by sticking with Britain, or a unification referendum with Dublin?