The Grand National meeting gets underway without crowds as Aintree lies deserted at the time thousands of punters would usually be piling through its doors ready for a beer and bacon sandwich!

By Oli Gamp For Mailonline

It’s normally the scene of jam-packed stands filled with punters and guests, but Aintree racecourse looked eerily empty on Thursday as the Grand National prepares to get underway without fans for the first time.

The world famous festival in Liverpool starts with Liverpool’s NHS Day, featuring seven races – the first starting at 1.45pm, but jockeys will hear nothing but silence from the terraces that usually hold around tens of thousands of spectators.

Last year’s event went ahead virtually as a result of the UK plunging into its first lockdown amid the Covid pandemic – using CGI technology and based on the algorithms of the 40 horses most likely to have competed. 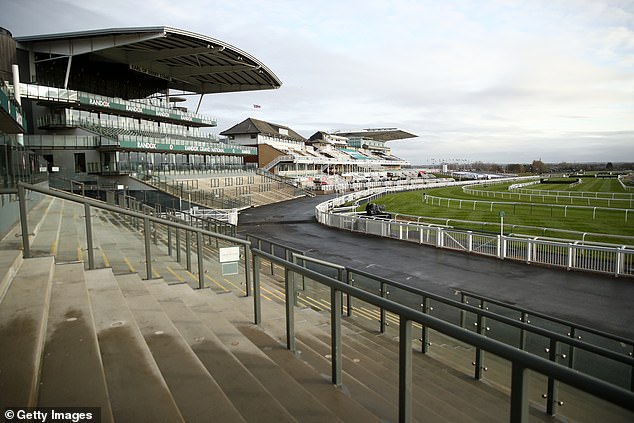 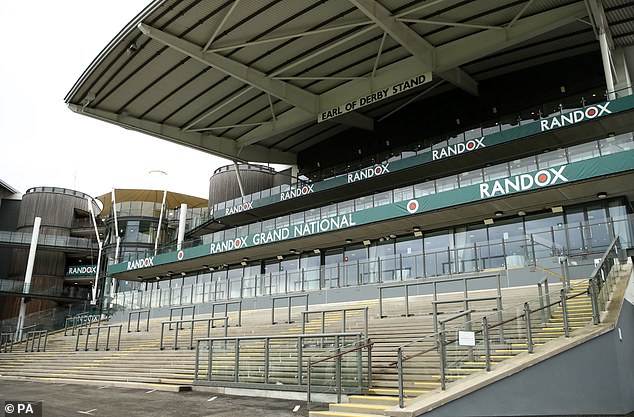 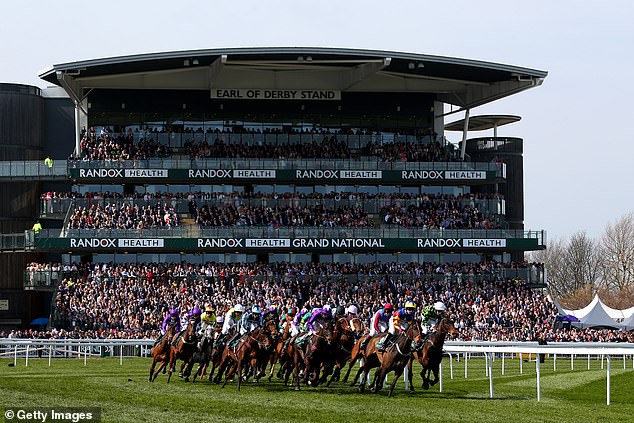 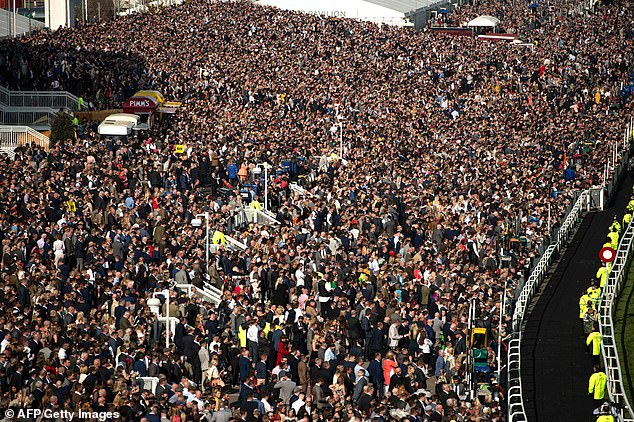 The world famous faces usually see punters arrive in hordes, with 33,000 arriving for the start of the last event that allowed crowds

The hordes of empty seats makes quite a drastic comparison to the 33,000 fans that were in attendance on the first day of the 2019 festival.

But this year – with the races allowed to go ahead as the UK gradually comes out of lockdown – pictures from Aintree painted a subdued scene.

The Early of Derby Stand that overlooks the racecourse was completely empty, compared to two years ago when it was packed to the rafters for the opening day. 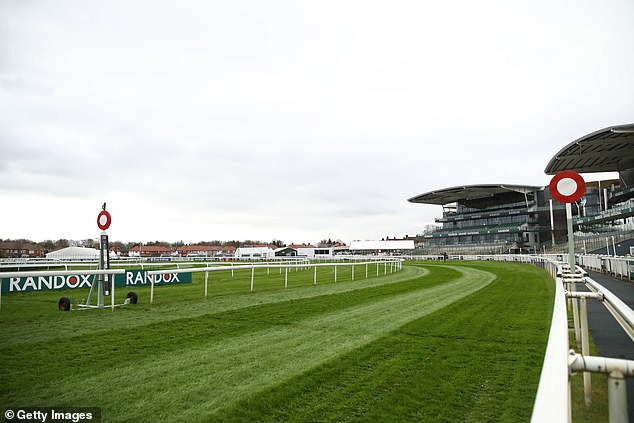 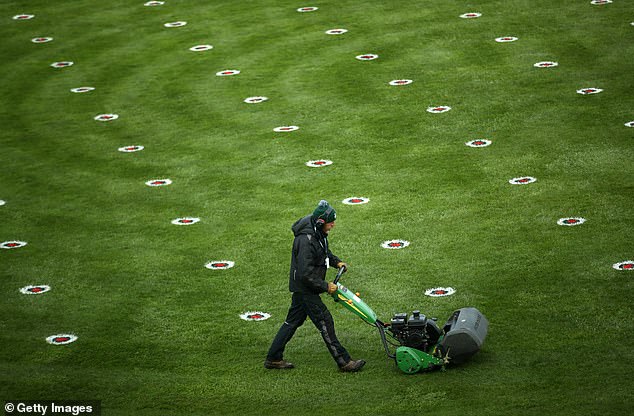 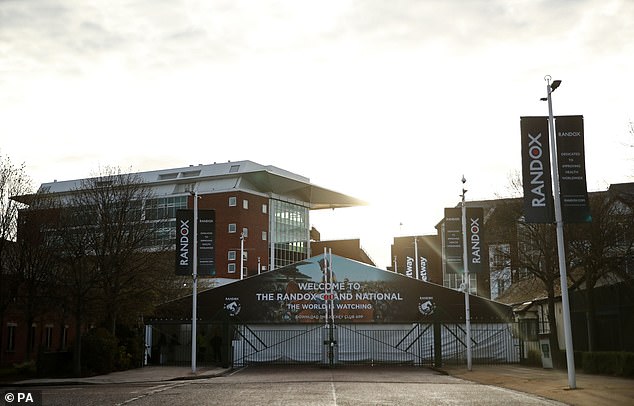 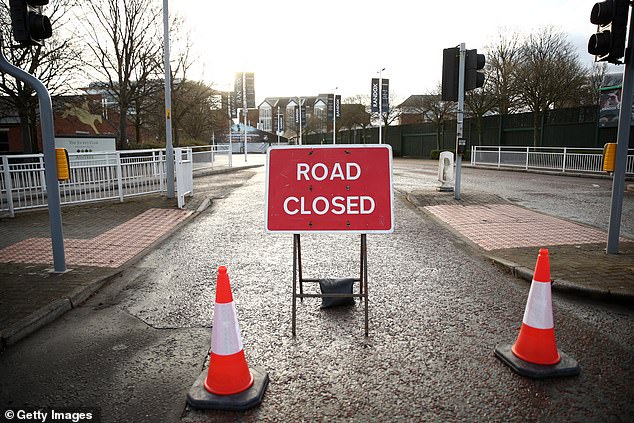 Elsewhere around the course, the front entrance was completely shuttered off with no guests allowed through the doors, while the road leading to Aintree was also closed to deter any punters from gathering outside.

A lone groundsman mowing the track was one of the only early sign of anyone at the course ahead of Thursday’s first meeting.

Liverpool’s NHS Day will be marked with a River of Light Rainbow Bridge in the city which reads ‘thank you NHS’.

It will be followed by Ladies Day on Friday, with Grand National Day wrapping up the festival on Saturday.

Bristol De Mai heads a maximum field of 40 in the Randox Grand National – but the strongly-fancied Secret Reprieve is only second reserve and set to miss out as a result.

Trained by Evan Williams, Secret Reprieve won the Welsh National in December and has been kept fresh in the hope of a crack at the world’s greatest steeplechase on Saturday.

However, it had been touch and go whether he would make the cut or not and as only The Storyteller was not declared at the 48-hour stage, Secret Reprieve’s connections are resigned to their fate.

Dan Skelton’s Blaklion was the beneficiary of of The Storyteller’s no-show and creeps in as number 40. The first reserve is John McConnell’s Some Neck, with Kauto Riko third reserve and Fagan the fourth and final one.

Ante-post favourite Cloth Cap will aim to give Trever Hemmings a record fourth win in the race following the successes of Hedgehunter, Ballabriggs and Many Clouds – and his trainer Jonjo O’Neill is chasing his second National, having won with Don’t Push It. 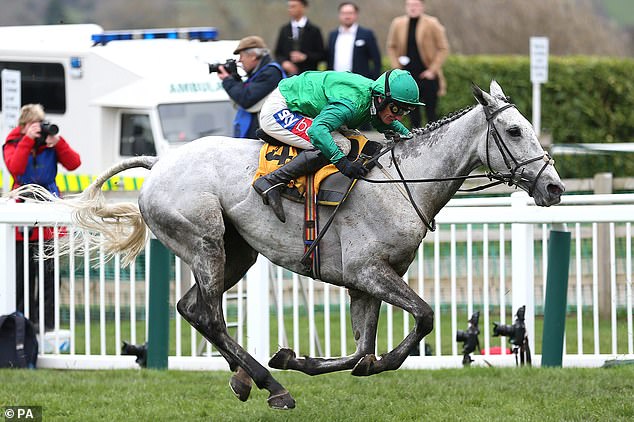 After their domination at Cheltenham, the Irish battalion bring a strong team in which Ted Walsh’s Any Second Now is well touted.

Willie Mullins is without the services of Paul Townend, who suffered an injury at Fairyhouse earlier this week. He is replaced on Burrows Saint by Patrick Mullins.

Denis O’Regan comes in for the ride on Tony Martin’s Anibale Fly, who has run well in the race twice before and has also twice been placed in the Cheltenham Gold Cup.