By Charlie Walker For Mailonline

England is set to pick up more Euro 2020 matches with Dublin expected to lose its games because it cannot host a minimum number of fans.

According to The Telegraph, UEFA will give some of Ireland’s four matches to England, with others going to countries that have offered even greater capacities in their stadiums. 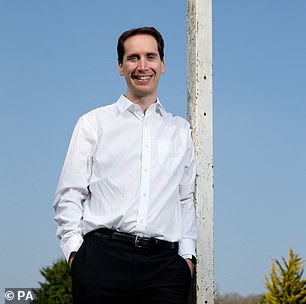 The move comes as UEFA has expressed gratitude to the FA after its chief executive, Mark Bullingham, mobilised Prime Minister Boris Johnson and Prince William, in the fight against the ill-conceived breakaway Super League.

The Prime Minister had threatened to drop a ‘legislative bomb’  on the six English clubs involved in the plan, which included Manchester United, Manchester City, Liverpool, Chelsea, Tottenham and Arsenal.

While, Prince William, the president of the FA, had warned of ‘the damage it risks causing to the game we love’.

UEFA’s executive committee is expected to decide tomorrow on which countries will host matches in the tournament, which takes place in June and July.

Of the 12 host cities, nine are already confirmed, but Bilbao, Munich and Dublin had all asked for more time to confirm fan numbers.

UEFA wants stadiums to host at least 25 per cent of their capacity .

It is understood Dublin is struggling to assure the European football governing body that it will have that at the Aviva Stadium.

The stadium is scheduled to host three games in Group E and a round of 16 match.

Deputy Prime Minister Leo Varadkar said on Wednesday: ‘We’re just very cautious… We just think June is too soon. I think if they continue to insist on that (having 25% of the stadium full), it’ll be hard for it to go ahead quite frankly, which is unfortunate,’ 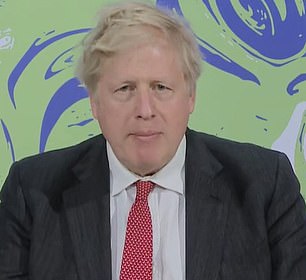 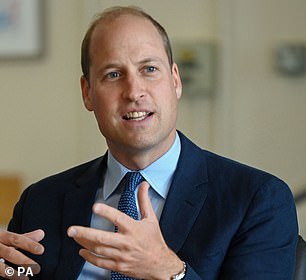 Prime Minister Boris Johnson and Prince William both spoke out against the European Super League in support of the FA, which has earned the gratitude of UEFA

Wembley looks set to benefit, with UEFA reportedly looking to reward other countries too, which have committed to large numbers of fans.

Manchester was considered as an option for hosting additional matches here, but City and United are both planning major repairs to their pitches or grounds.

Wembley is already due to host seven matches in Euro 2020, including England’s group games, a round of 16 tie, both semi finals and the final on July 11.

Sportsmail understands that Bilbao in Spain is also struggling to host its matches and an alternative location is being considered. Seville in the south west of the country is an option.