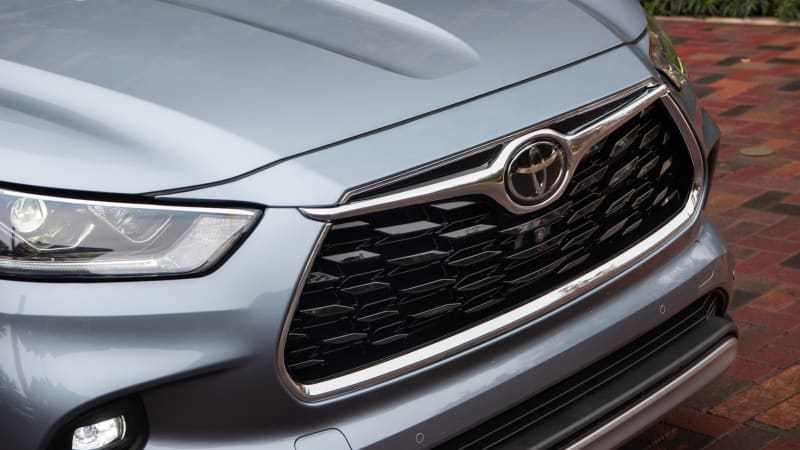 Toyota announced yesterday that its Princeton, Indiana, manufacturing plant is getting a big $803 million infusion of cash. The reason? Toyota casually dropped that it will soon build “two all-new, three-row SUVs” there.

They’ll be “designed with the active Gen Y American Family in mind,” which is another way of saying that Toyota is targeting Millennials. In case you missed it, Millennials are in their late 20s and 30s now! That means they have growing families and need more space to put them. Both new SUVs will seat up to eight passengers. The other big reveal is that both will be electrified. We’re going to assume that means they’ll be regular hybrids in Toyota’s case, though there’s every possibility for a PHEV “Prime” version, too.

Both will have semi-automated driving systems, advanced enough that they will “allow for hands-free driving in certain conditions.” Plus, there will be a remote parking system that allows “the driver to park and unpark outside the vehicle using a smartphone.” The last nugget of tech Toyota is sharing with us is that both will use a new “digital key” that turns your smartphone into a quasi key and allows you to share it digitally with others.

Another bit of information concerning these two is that one will be a Toyota, and the other will be a Lexus. What these two models will be named is not yet clear. Seeing “three-row SUV,” our minds instantly go to Sequoia. That model is as old as it gets these days, and is deeply in need of a redesign — the current generation launched all the way back in 2008. However, Toyota does not explicitly say that this news pertains to the next-gen Sequoia. In fact, previous reports of the Sequoia shifting its production location to San Antonio lead us to believe that this news has absolutely nothing to do with a potential next generation of the SUV.

Coincidentally, the Sequoia is currently built at the Princeton, Indiana, plant that’s getting this investment — that official switchover to Texas is reported to happen sometime in 2022.

Toyota’s language in this press release, plus the knowledge that Sequoia is leaving Indiana, all indicates that these two three-row SUVs might not be rough-and-tumble body-on-frame off-roaders. They’re likely going to be plenty capable (hitting that “active lifestyle” market), but the focus toward families suggests that comfort could be paramount. It’s tough to say one way or another if this will indeed be a unibody construction, but we have an inkling that’s the idea. It’ll have to be significantly bigger than the current Highlander. That three-row crossover is lacking in third-row space versus other three-row crossovers, but is otherwise highly competitive.

There’s no official timing paired to these couple of SUVs, but it looks like they aren’t too terribly far out if Toyota is already declaring their existence.