Customers at Starbucks might soon be able to ‘borrow’ a cup for $1 instead of sipping their drinks in a single-use container.

The ‘Borrow A Cup’ trial is only taking place at five stores in the Seattle area through May 31, but it could be rolled out elsewhere if successful.

The company says the reusable cups are the latest strategy in Starbucks’ stated goal of reducing waste by 50 percent by 2030.

In the test program, customers will have the option to order their beverage (hot or cold) in a reusable cup. If they do, they’ll put down what the company is calling a $1 refundable deposit. 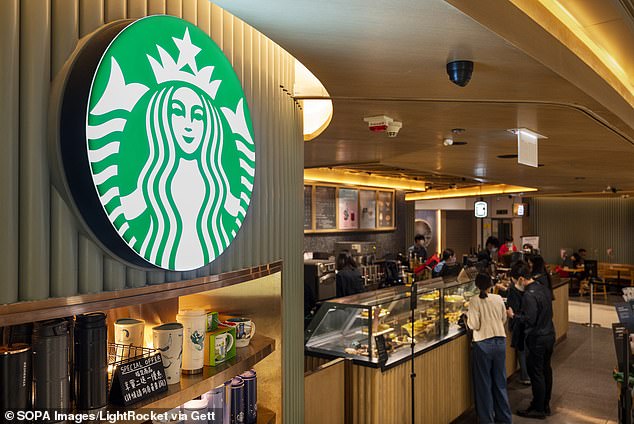 A customer can then give the cup back to Starbucks, which will use a third-party company that will collect used cups each day and ‘professionally clean and sanitize them using commercial dishwashing equipment.’

The cups will then go back into circulation within 48 hours, Starbucks said.

If the customer decides to return their cup to Starbucks, they will receive a $1 credit to their Starbucks Rewards account, in addition to 10 Bonus Stars that can be applied to items like free beverages.

Each reusable cup, which is made from lightweight polypropylene plastic, would replace 30 disposable cups.

According to Starbucks, the cups are the same material used for cold cups currently, as well as lids for both cold and hot cups. It is recyclable in most cities and does not contain BPA. 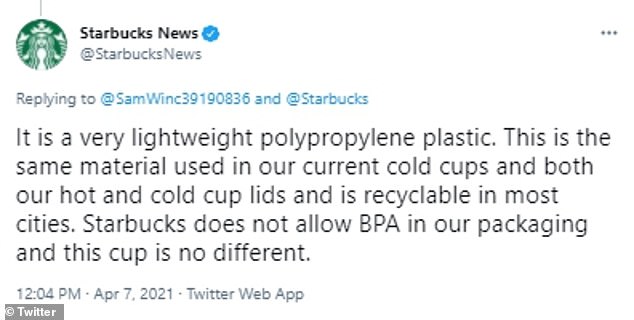 The program is optional and customers will have the opportunity to order traditional beverages.

‘We understand the interdependency of human and planetary Health, and we believe it is our responsibility to reduce single use cup waste,’ said Michael Kobori, Starbucks Chief Sustainability Officer.

Starbucks is partnering with GO Box to professional sanitize and clean the cups, an important element of the program particularly during the COVID-19 pandemic.

GO Box will collect cups daily from Starbucks, clean and sanitize them with commercial dishwashing equipment, and have them back ready to use by stores within 48 hours.

They are also partnering with Ridwell, which offers to pick up the reusable cups from the front doors of people’s homes.

Starbucks will be evaluating customer feedback as they look at ‘scalable options to reduce single use cup waste,’ the company said to DailyMail.com.

Starbucks is leading a larger effort to try to make their business and the world more sustainable. 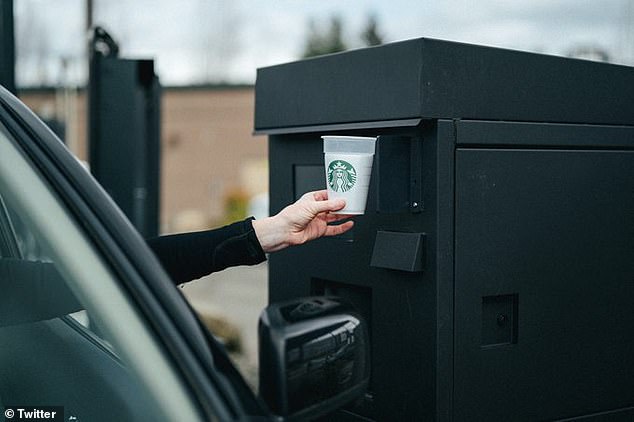 They have been allowing people to bring their own cup for a discount since the 1980s, although that program is currently suspended.

It will be the first major market to test the complete elimination of single-use cups from Starbucks stores.

MarketWatch reports that the reusable cup program is set to begin in that nation in July.

Reusable cups have also previously been launched in the United Kingdom, with those cups made from six single-use paper cups.

Starbucks has also transitioned many of their iced drinks towards cups with a sip spout, allowing for the potential elimination of plastic straws, though they are still available at locations.

Data from the Clean Water Fund estimates 120 billion disposable coffee cups are used in the United States each year.

Starbucks is no stranger to generating controversy with their cups around the holiday season, but the idea of piloting reusable cups is drawing a decidedly mixed reaction on social media. 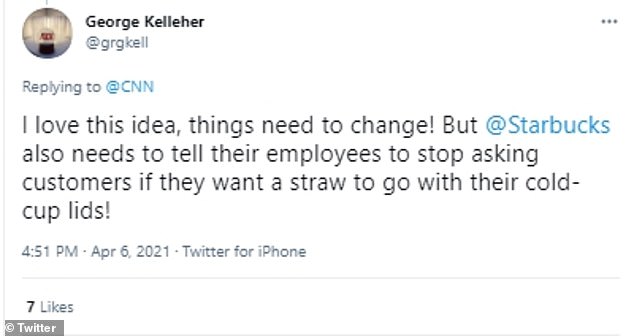 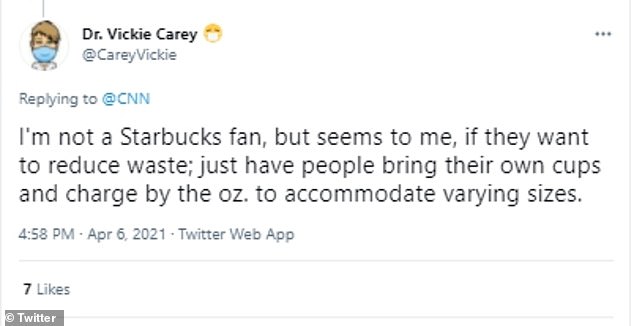 One Twitter user didn’t think it goes far enough: ‘I love this idea, things need to change! But @Starbucks also needs to tell their employees to stop asking customers if they want a straw to go with their cold-cup lids!’

Dr. Vickie Carey, meanwhile, tweeted: ‘I’m not a Starbucks fan, but seems to me, if they want to reduce waste; just have people bring their own cups and charge by the oz. to accommodate varying sizes.’

Others are not seeing the logic in rolling out this experiment during a global pandemic.