More than two dozen stolen dogs have been seized at an illegal kennel, police have said.

All 26 dogs found on the site were examined by a vet and will continue to receive medical treatment.

Also found on site were three stolen caravans, two stolen vehicles and a stolen trailer which were also seized.

Surrey Police said enquiries were ongoing to try and track down the owners of the stolen animals. 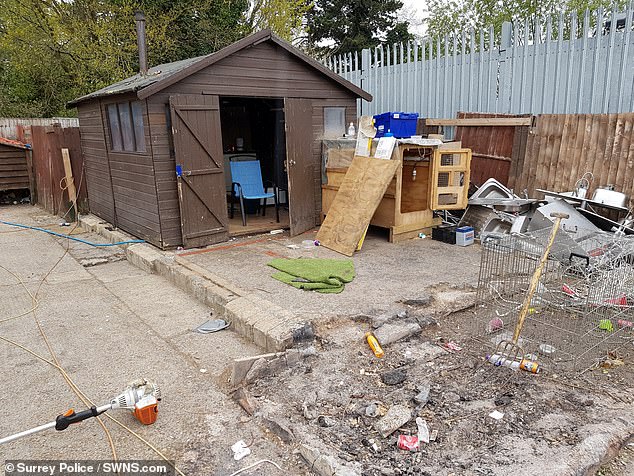 Following initial enquiries, a police spokesperson said images of the dogs will be released with owners encouraged to get in contact with the dog’s details, including microchip number if possible.

Inspector Jon Vale, Borough Commander for Epsom and Ewell, said, ‘This was a highly successful operation, with several animals and vehicles recovered.

‘I hope that today’s result, and the investigation that follows it, will reassure our partners and the public that we will not tolerate criminal activity in Epsom.’

Reacting on social media, one resident said: ‘Thank you for doing a grand job, these dog thefts needs to be stopped and to know you are working hard to catch these thieves and to reunite dogs with their owners is brilliant.’

And another said: ‘Well done! Hope these lovely dogs reunited with their owners. Wish the sentence for these thieves was life, that’s what would be justice.’

The Covid pandemic saw a huge surge in the demand for dogs to keep them company at home, with designer dogs such as Cockapoos selling for as much as £3,500 during the first lockdown. 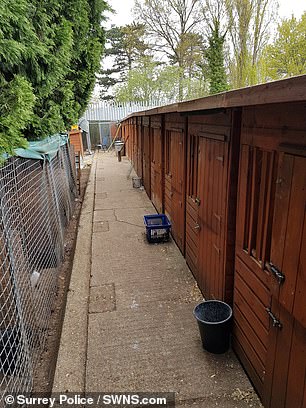 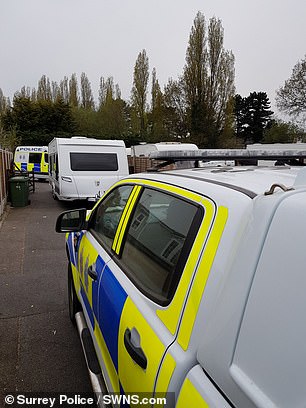 According to the RSPCA, a total of 3.2 million households added a new pet to their family during the first lockdown.

Research by the Pet Food Manufacturers’ Association (PFMA) showed that although 74 per cent claim their new pet has helped their mental health through the pandemic, there are pet welfare concerns.

Officers said 19 adult dogs and eight puppies were seized from the address in Dunmow, Essex, on April 1.

Police, supported by the RSPCA, found a range of breeds including spaniels, terriers, lurchers, a French bulldog and a Rottweiler.