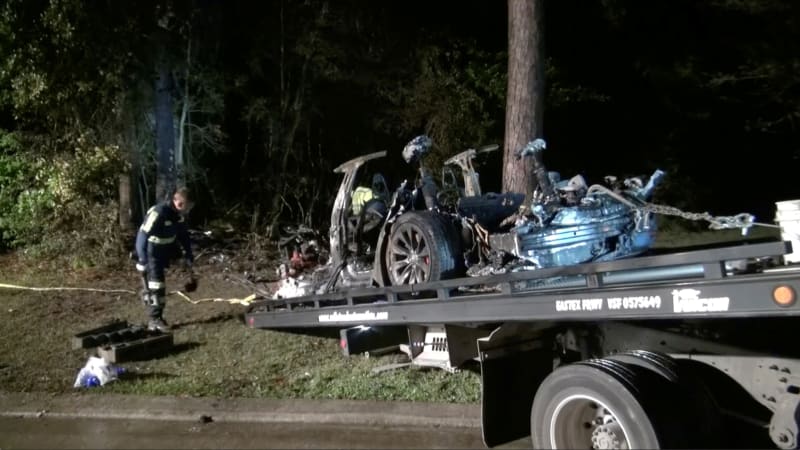 The U.S. National Transportation Safety Board (NTSB) is working to publish as soon as possible a preliminary report on a recent Tesla vehicle crash in Texas in which local police said no one was in the driver’s seat, a senior official told Reuters, acknowledging public confusion over the fatal accident.

“A preliminary report typically comes out in a month, but we are working hard to get it out as soon as possible because we recognize there is this confusion out there,” Kristin Poland, deputy director of the NTSB, said in an interview with Reuters.

Earlier this month, a Tesla Model S smashed into a tree in Texas and burst into flames, killing one occupant found in the front passenger seat and the owner in the back seat. Police said it was apparent that there was no one in the driver’s seat at the time of the crash.

On Monday, Tesla refuted police claims, saying a deformed steering wheel suggested that someone was likely in the driver’s seat.

There were signs of “extensive mechanical damage” and a “large debris field” of exterior trim parts and mechanical components was found to the west of the car, the report stated. It didn’t specify the vehicle’s speed on impact or whether airbags and seat belts were used and deployed.

“We recognize that that’s not an ideal circumstance,” Poland said, referring to public confusion over what happened during the accident. “The sooner we can get the preliminary report out the better it will be for everybody to provide as much clarity as possible,” she said, saying the report will be based on solid facts.

The veteran NTSB official declined to discuss any findings so far, saying that the probe by its experienced investigators is underway.

The NTSB has criticized Tesla’s Autopilot after a series of investigations into fatal crashes, including a lack of adequate driver monitoring systems.

Tesla Chief Executive Elon Musk tweeted earlier that data downloaded by Tesla indicates the vehicle was not operating on Autopilot, its semi-autonomous driving system. Tesla also said it was not able to recover the data from an SD card from the burnt car at the time of the impact, but local authorities are working on that.

“We were able to knock down the bulk of the fire within 3 to 4 minutes,” Palmer Buck, Fire Chief of The Woodlands Fire Department, told Reuters.

Fire officers cooled the battery area while an initial accident investigation took place, as a chemical chain reaction in the lithium ion battery pack continued to cause heat and occasional flames from the underside of the car.

The fire was fully extinguished once the investigation was complete, he said.

Bloomberg contributed to this report.