By Chris Wheeler for MailOnline

Ole Gunnar Solskjaer expects David de Gea and Dean Henderson to share the goalkeeping duties at Manchester United for the remainder of the season.

Henderson played in the last six games before the international break after De Gea returned to Spain for the birth of his first child.

It sparked speculation that Solskjaer was preparing to install the England international as his No 1 and phase out De Gea after a decade of service at Old Trafford. 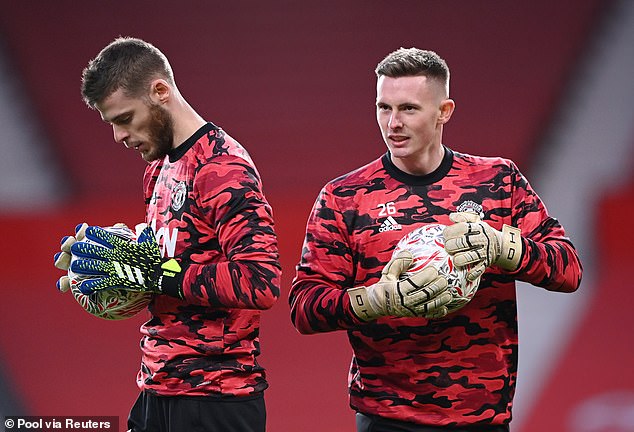 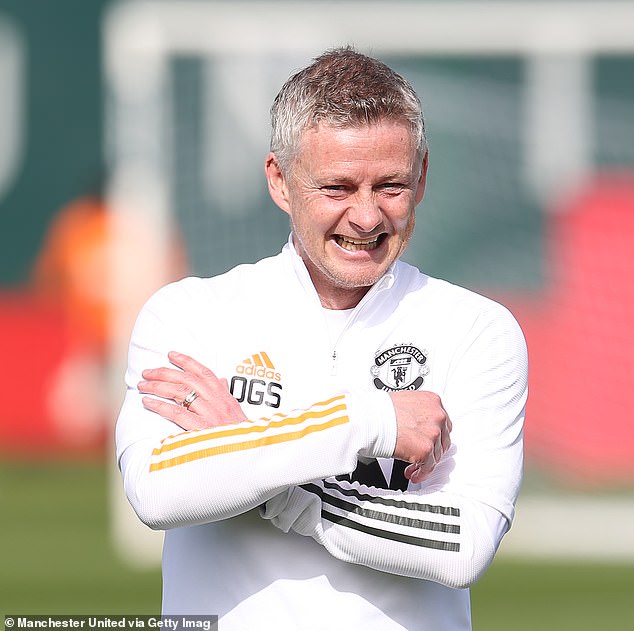 It will be intriguing to see how the situation plays out over the summer, but the United boss claimed that his two keepers will both have opportunities over the remaining nine Premier League games and Europa League campaign.

‘I have the great option of two top goalkeepers and it’s a pleasure to have them here,’ said Solskjaer. ‘We’ve got nine plus five games to go. I’m sure you’ll see both of them playing in goal for us.

‘I understand the question and the narrative in the media. There’s always tension where there can be potential tension and controversy, that’s why everyone wants to hear a comment from me.

‘I’ve got great options with both of them but that’ll be decided on merit and we have to think who’s going to give us a win on any given day.

‘The two keepers will probably be needed in these last nine plus hopefully five more games and know we value them both really highly. It’s easy to give the nod they’ll play, but it’s difficult to leave one of them out.’ 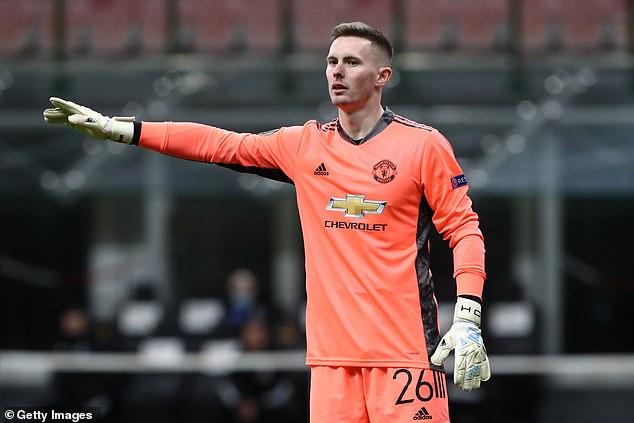 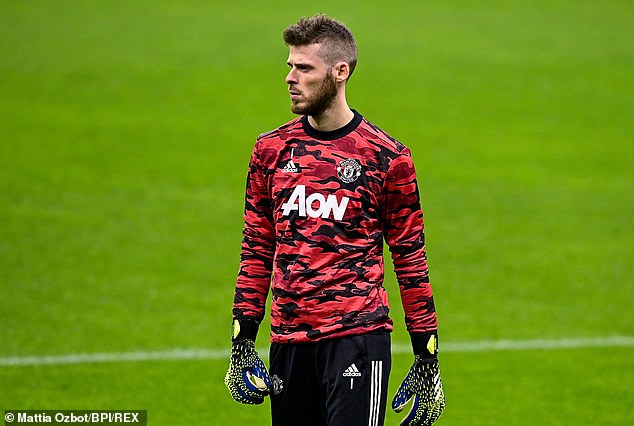 Solskjaer revealed that Anthony Martial and Victor Lindelof missed training on Friday morning ahead of Sunday’s game at home to Brighton after picking up injuries on international duty.

‘Neither of them trained this morning. We are still waiting for final confirmation on how they are,’ he said.

However, Marcus Rashford and Mason Greenwood both took part in the session despite pulling out of the England camp, and will be assessed after another work-out on Saturday.

‘They (Marcus and Mason) need to get through tomorrow’s [Saturday] session,’ added Solskjaer. ‘They both joined in this morning and hopefully they don’t get any reaction. If they complete the session tomorrow they’ll be available for selection.’