Undisputed lightweight champion Katie Taylor puts her collection of belts on the line against Natasha Jonas on Saturday night in an eagerly-anticipated showdown.

The pair last met nine years ago, when Taylor overcame her Liverpudlian counterpart in the quarter-finals of the London Olympic Games before going on to claim the gold medal.

Since turning professional in 2016, Taylor has developed into a star of not only women’s boxing, but boxing as a whole, winning all 17 of her fights while becoming a two-weight world champion.

There were perhaps some weaknesses exposed in both of her two hard-fought victories over Delfine Persoon, though she was back to her usual brilliance when she totally outclassed Miriam Gutierrez to a points decision win last year.

Her opponent comes into the match-up on the back of a sensational performance against WBC super-featherweight champion Terri Harper, in a bout that was scored a draw, despite many believing it was Jonas who won the fight.

And though Jonas is certainly the underdog, she comes into the fight full of confidence and aiming to cause an almighty upset.

With the eagerly-anticipated match-up now swiftly approaching, Sportsmail takes you through everything you need to know. 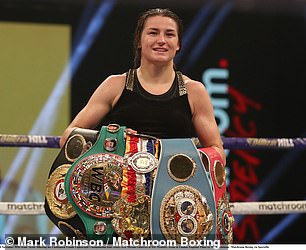 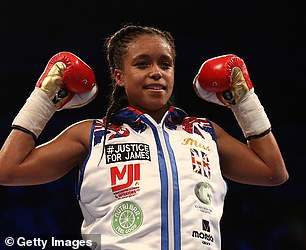 When is Katie Taylor vs Natasha Jonas?

The lightweight clash between Taylor and Jonas is scheduled to take place on Saturday, May 1 at the Manchester Arena.

The pair will take to the ring at around 9pm BST, before Derek Chisora and Joseph Parker then go to war. The time will, of course, depend on the outcome of the undercard action.

Aside from the main and co-main event, there is also an abundance of action on the undercard, including the return of Chris Eubank Jr, while Campbell Hatton fights for the second time in his professional career.

How to watch Taylor vs Jonas

With a fight of such magnitude, particularly with Derek Chisora and Joseph Parker subsequently taking to the ring, it comes as no surprise that this is a pay-per-view event.

The fight will be broadcast live on Sky Sports Box Office, with a cost of £19.95 to purchase.

Those who buy the action will also be able to stream the event online via the Sky Sports Box Office app, player and website. 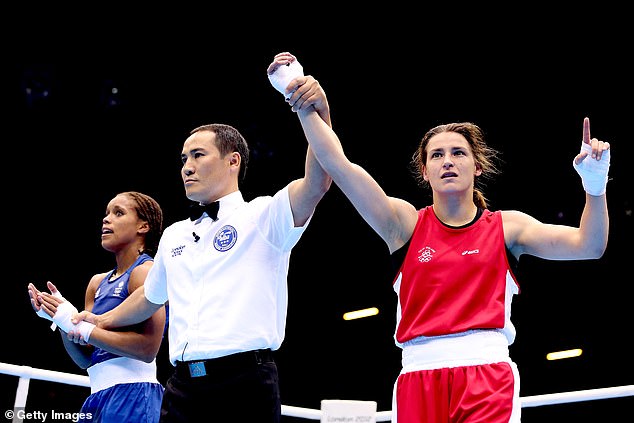 Taylor vs Jonas: The records 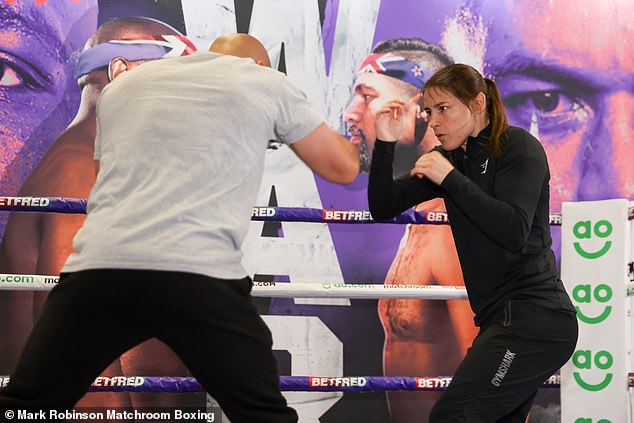 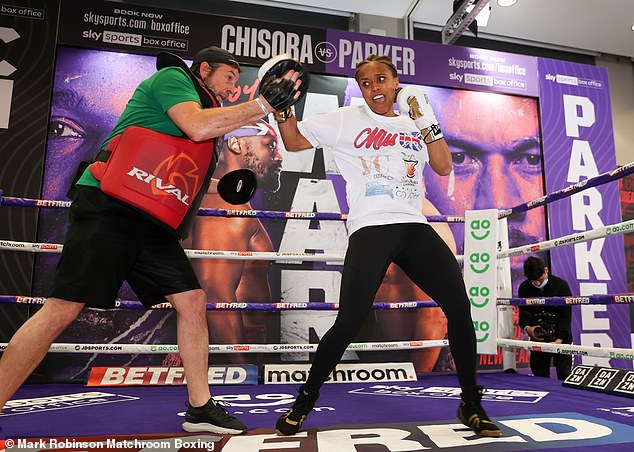 There has been plenty of talk in the build-up to the event, with some believing this is a risky fight for Taylor.

Promoter Hearn has admitted this won’t be an easy night’s work, but insisted Taylor will never turn a challenge down.

‘Katie Taylor has never turned down an opponent,’ Hearn told Sky Sports. ‘Sometimes you get a situation in British, Irish, domestic fights, whatever you want to call them, that people say, “Oh no, I’m not fighting her”.

Hearn also insisted that Jonas is coming into the bout full of belief, saying: ‘Natasha Jonas has got that belief again now. After that performance with Terri Harper, you watch her in the gym with Joe Gallagher.

‘They believe they can beat Katie Taylor. She’s punching very hard, she’s full of confidence, she’s fitter than ever.’

Jonas echoed those sentiments in an exclusive interview with Sportsmail. She said: ‘You go in against the legend that is Katie Taylor and you expect to be the underdog, but that has always worked well for me.

‘It means there’s no pressure, and it’s a fight I really do believe I can win. Whether other people believe it or not doesn’t matter. I just need to believe it.’

Taylor vs Jonas: The odds

Despite Jonas’ stunning performance against Harper last time out, it’s the champion Taylor who comes into the bout as the heavy favourite among the bookies.

The Irishwoman is favoured at 1/4 to prevail, while Jonas is the underdog at 7/2.

Though unlikely, a draw is very much possible – as we saw in Jonas’ previous outing – with odds of 10/1.