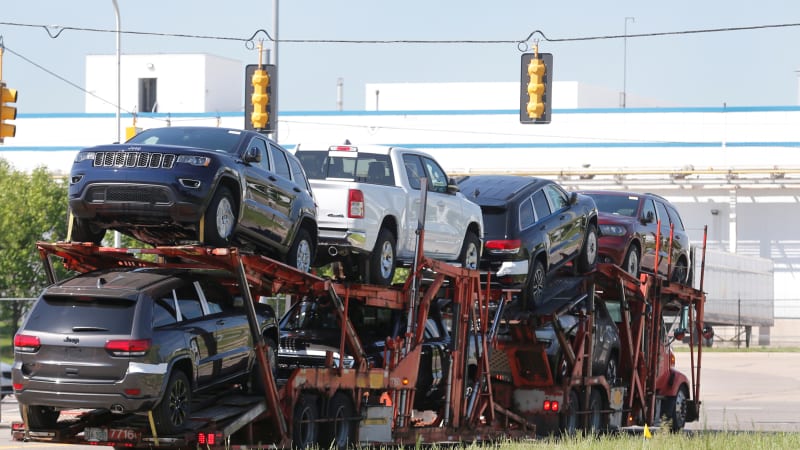 Ford and Stellantis this week announced new production cuts due to the global semiconductor shortage, with popular models including the Ford F-150 and Jeep Grand Cherokee facing cuts. Stellantis plans to temporarily lay off workers at one facility as production is curtailed.

According to Automotive News, Ford is extending shutdowns at some of its North American facilities into May. The Blue Oval has been forced to reduce or idle production of both its redesigned F-150 pickup and the popular Explorer due to the chip shortage. The Mustang, Transit, Edge, Lincoln Nautilus and Aviator will also continue to be affected.

Stellantis is planning to temporarily lay off workers at a Jeep plant in Detroit during April and May due to a shortage of semiconductor chips. The company will cut two work crews at its Jefferson North plant in Detroit for three weeks starting April 26, then call them back and lay off a third crew from May 17 through the week of May 31, according to a schedule obtained by Bloomberg News. The plant on Detroit’s east side normally operates two shifts with three work crews six days a week to keep it running 20 hours a day.

“Stellantis continues to work closely with our suppliers to mitigate the manufacturing impacts caused by the various supply chain issues facing our industry,” company spokeswoman Jodi Tinson said in a statement. “Due to the unprecedented global microchip shortage, Jefferson North will adjust its production schedule through the end of May.”

Jefferson North employs about 4,800 hourly workers and makes the Jeep Grand Cherokee, the top-selling Jeep model last year, and the Dodge Durango SUV. A redesigned version of the Grand Cherokee is scheduled to start production in August, according to researcher AutoForecast Solutions.

This article contains reporting from Bloomberg.