Britain bounces back: Credit and debit card purchases surge after lockdown easing as almost a third of adults return to non-essential shopping while job adverts exceed pre-pandemic levels – and furlough drops from 17% to 13% of workers

Credit and debit card purchases have surged since lockdown rules were eased on April 12 as more and more adults have returned to non-essential shopping.

Office for National Statistics data showed almost a third of adults went shopping for things other than food or medicine in the week to April 25.

Overall credit and debit card purchases were up by seven percentage points in the week to April 22 to 98 per cent of the February 2020 pre-pandemic average.

Meanwhile, the volume of UK online job adverts hit 103 per cent of February 2020 levels on April 23.

There has also been a significant fall in the proportion of UK workers on furlough, dropping from 17 per cent in the first half of April to 13 per cent in the second half. 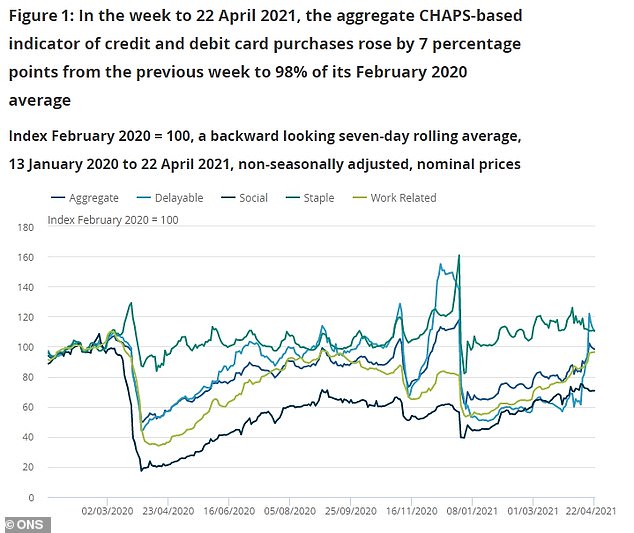 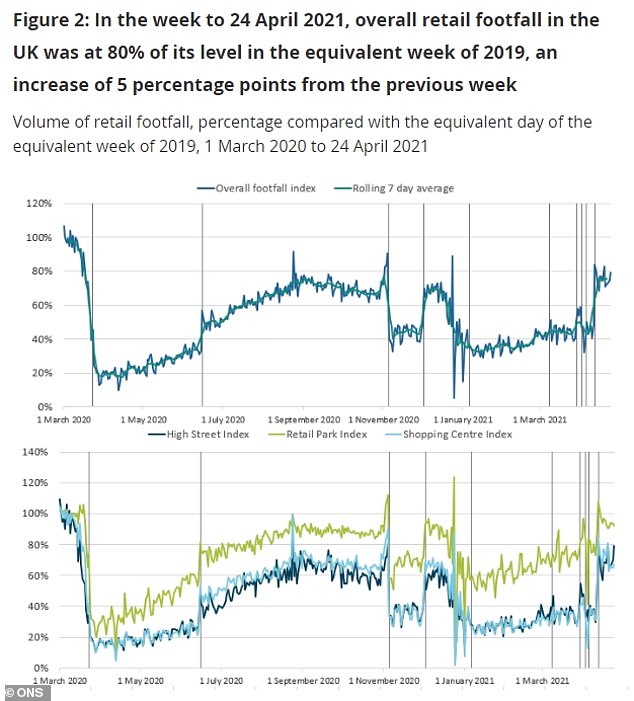 The number of people heading to the high street has also increased, hitting 80 per cent of 2019 levels 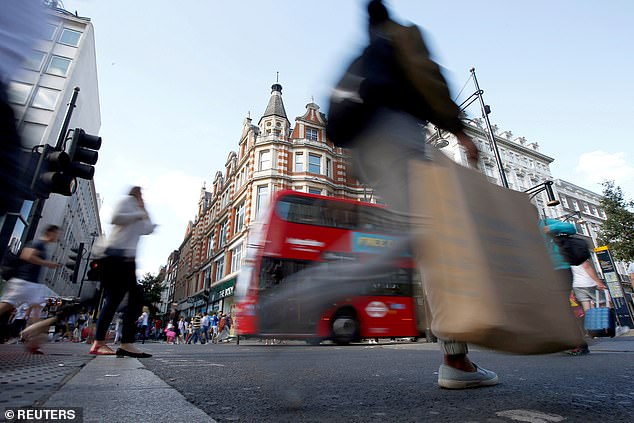 Some 95 per cent of adults said they had left their home in the last seven days in the latest ONS survey.

Of those people, some 28 per cent said they had been shopping for non-essential items.

Bank of England data on credit and debit card purchases showed that in the week to April 22 overall purchases increased by seven per cent from the previous week to 98 per cent of the February 2020 average.

Much of the increase was driven by a surge in purchases for things like clothing and furniture which saw an uptick of 21 per cent from the previous week, hitting 110 per cent of the February 2020 average.

Overall retail footfall in the UK in the week to April 24 was at 80 per cent of the level recorded in the equivalent week in 2019. That represents a five per cent week-on-week increase.

The volume of online job adverts increased by four per cent in the week to April 23, hitting 103 per cent of the average recorded in February last year. 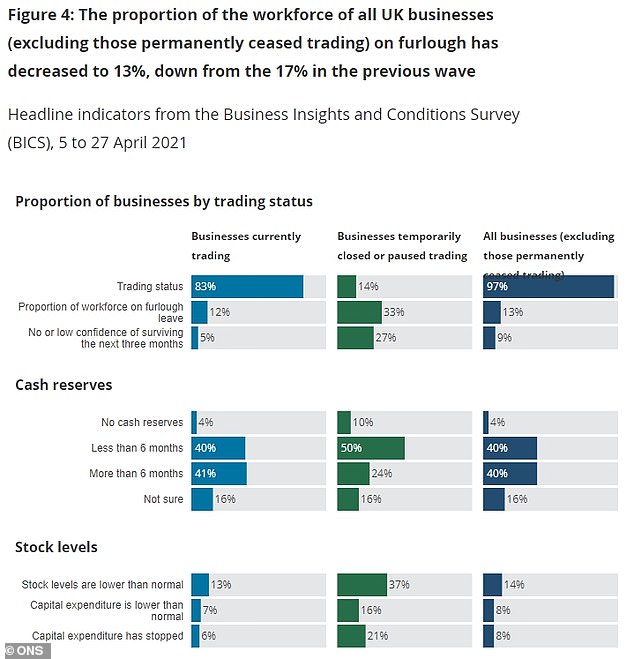 The easing of lockdown rules has coincided with a significant fall in furlough levels, from 17 per cent of the workforce to 13 per cent 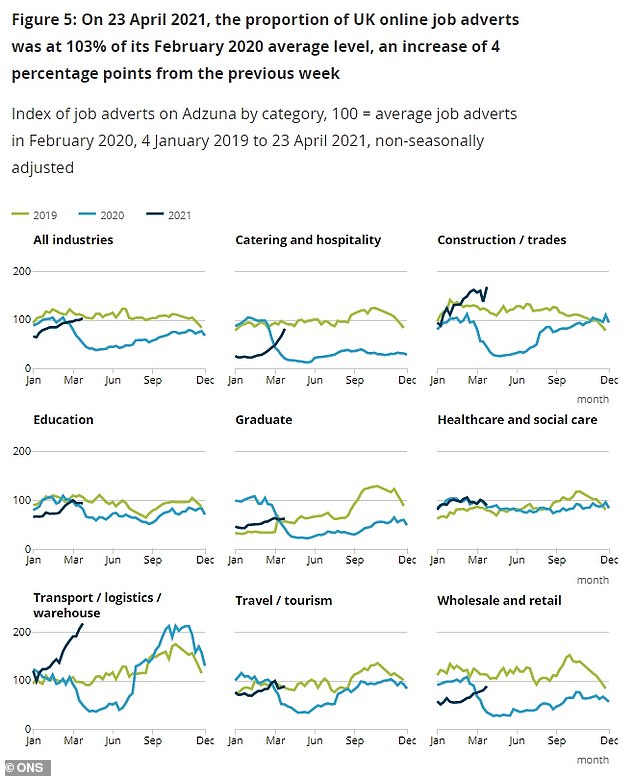 It is the first time the volume of online job adverts has exceeded its February 2020 average level since March 6 last year.

The easing of lockdown rules has also seen a significant drop in the proportion of the UK workforce on furlough.

A business survey covering the period April 19 to April 27 found that 13 per cent of the workforce remained on furlough.

That is down from the 17 per cent recorded in the previous edition of the business survey which covered the period April 6 to April 18.