Arsenal dealt severe blow as Kieran Tierney could miss the remainder of the season, with the left-back expected to be out for up to SIX weeks with a knee injury

By Adrian Kajumba For Mailonline


Kieran Tierney will be out for four to six weeks with a knee injury, leaving him facing a race against time to be fit before the end of the season.

Left-back Tierney suffered ligament damage in his left knee in Arsenal’s 3-0 home defeat against Liverpool on Saturday and the extent of the setback was confirmed following a scan on Tuesday.

Scotland defender Tierney will be sidelined for at least a month though the worst case estimate – a return to training within six weeks – means Arsenal’s final league game of the season could come too soon. 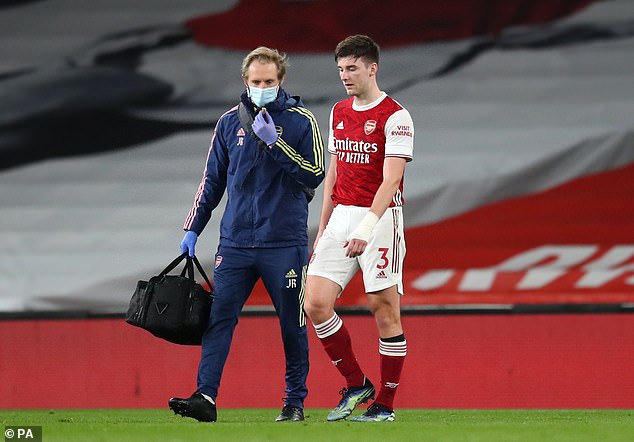 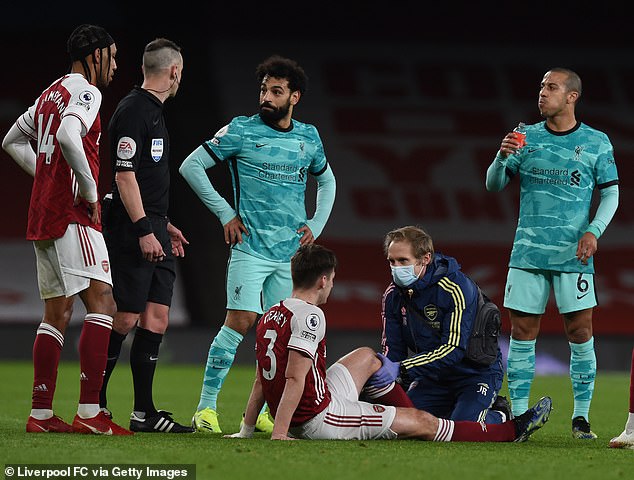 Arsenal play their last league game of the season against Brighton on May 23, three days before the Europa League final is due to take place.

Ahead of Arsenal’s quarter-final tie against Slavia Prague on Thursday, manager Mikel Arteta said: ‘We have to make sure first that he doesn’t need any surgery which it doesn’t look like it and if that’s the case the timeframe will be around what you said [four to six weeks].

‘It could have been worse because the action looks quite scary but he is feeling better and the damage is not that bad so at the end of the day it is not the bad news that we could have waited for after the game. 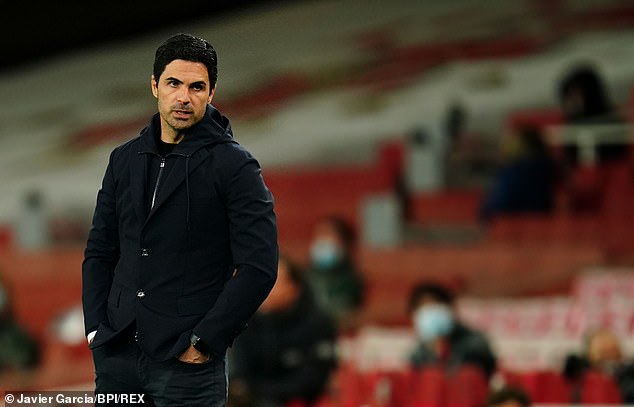 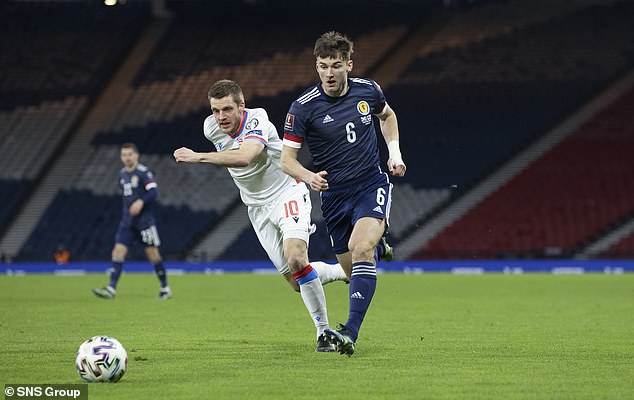 ‘I don’t know [about playing again this season]. We’re going to have to go day by day, see how Kieran is feeling, see how that knee is reacting and how he can get close to play in time and train with the team and depending on where we are and how he is feeling we’ll make that decision.’

Tierney’s diagnosis also means Scotland face a nervous wait on the fitness of one of their most important players ahead of this summer’s European Championship.

On Tierney’s chances of returning in time for the Euros, Arteta said: ‘Again it will depend how things evolve in the next few weeks. He is so keen to play for us before the end of the season and obviously he is extremely keen to represent his country in the Euros.’